We are delighted that our Upper Sixth students have achieved excellent A Level results, despite the uncertainty surrounding the assessment process that led up to the exam season. 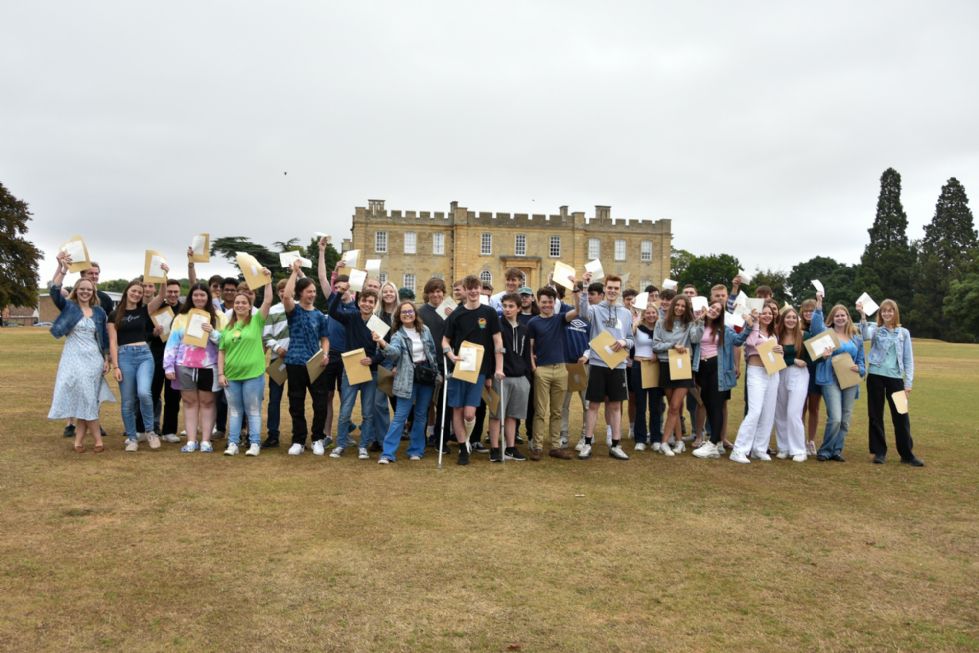 We are delighted that our Upper Sixth students have achieved excellent A Level results, despite the uncertainty surrounding the assessment process that led up to the exam season.

44% of their results were at A* or A with 72% at A* to B, the level of most interest to the top universities.  Twenty-eight students, 27% of the year group, gained at least three A*/As.

While we now expect the vast majority of the year group to join their universities of choice, some have elected for apprenticeships, to enter employment or take a gap year. 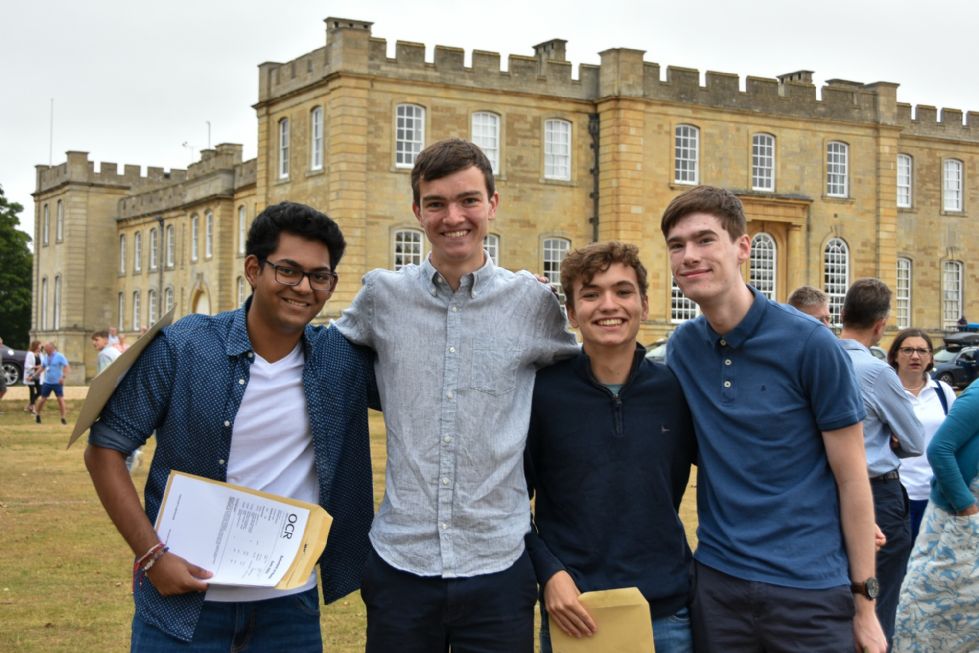 Jonathan Belbin, the Headmaster said, “I am delighted to see such a strong set of results and am proud of each and every one of these departing students. They have made the most of their sixth form years, despite all the pandemic difficulties, achieving much more than these results portray and gaining so many life skills beyond the classroom. They have demonstrated real resilience and fortitude in the run-up to the exams and deserve every success in the future.”

Emily Sparkes will be reading English at Christ's College, Cambridge and said on receiving her results, "I'm feeling good but slightly terrified of the changes to come! I'm excited more than anything else though." Emily has been a star of the Kimbolton stage, taking on the leading role of Mrs Lovett in our recent major production of Sweeney Todd, among others in her time with us. She has sung in our choirs and has also featured strongly in our highly successful debating team, competing in Model United Nations and other inter-school events. Her mother, Laura, commented, "Kimbolton has been amazing: academically, emotionally and in its support. It has a real family feel and the teachers genuinely know and understand the individual students." Her husband, Douglas, added, "Not once have we had to cajole or push Emily. She has embraced self-motivation and we have trusted both the School and her to get on with things."

Matthew Bell has completed his silver Duke of Edinburgh Award as well as play the trumpet and euphonium while at Kimbolton. "I've enjoyed the History Society the most, though, and will now be reading History at Exeter," he said. "I've been at Kimbolton since my Reception Year and can honestly say that there's not much I would want to change in my whole time here." Tracy, his mother, added, "The general vibe is so friendly and there's a balance. It's not just about study but about acquiring life skills and this really mattered to us." 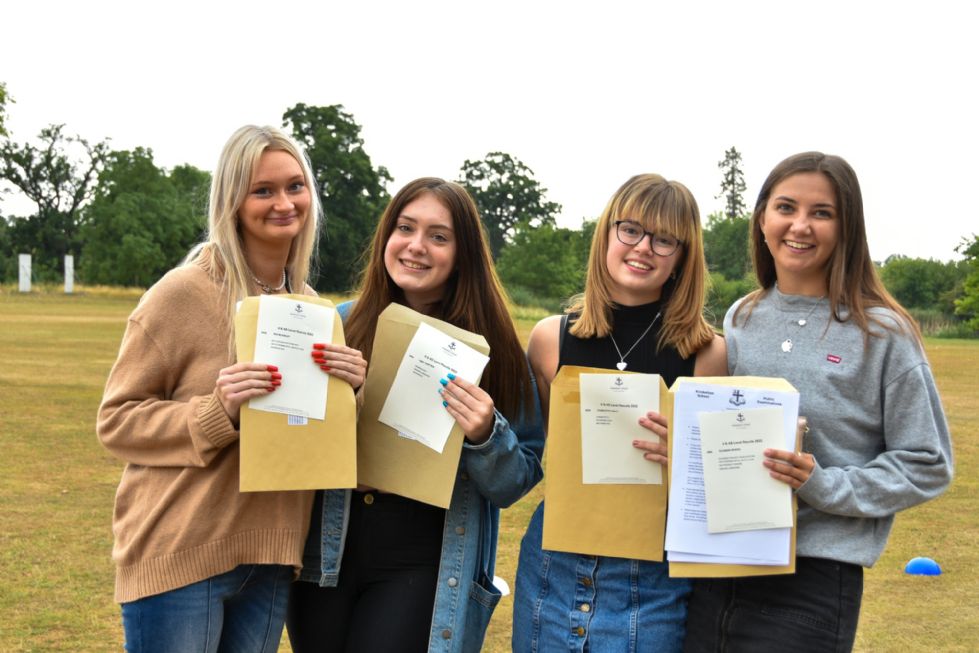 Luke Hookham expressed relief on getting his results. "It's the final step in a year-long process of applying for medicine and it's amazing to be at the end of it. I've wanted to be a doctor since the age of 8 and am now particularly interested in brain surgery." Like Emily, Luke has 'trodden the boards' at Kimbolton, taking on a number of significant roles over the years. He has also enjoyed being a member of the RAF Section of the Combined Cadet Force and has learned to shoot, fly and glide, and quotes parachuting and participating in the march-past of The Cenotaph as particular highlights. He will be moving to Sheffield next month to start his medical studies. "He has made an amazing set of friends who have supported each other through thick and thin," observed his mother, Melissa.  "The staff have also been so supportive and approachable. Please pass on our thanks."

Congratulations and good luck to all of our departing Upper Sixth, most of whom will be moving to universities including Brighton, Cambridge, Durham, Exeter, Liverpool, Southampton and Sheffield Hallam to study a wide range of courses including languages, history, marketing, law, engineering, mathematics and fine art. Others are planning to take a gap year, start a degree apprenticeship or move into employment. We will publish an overview of their destinations soon. A gallery of images from this morning is here.