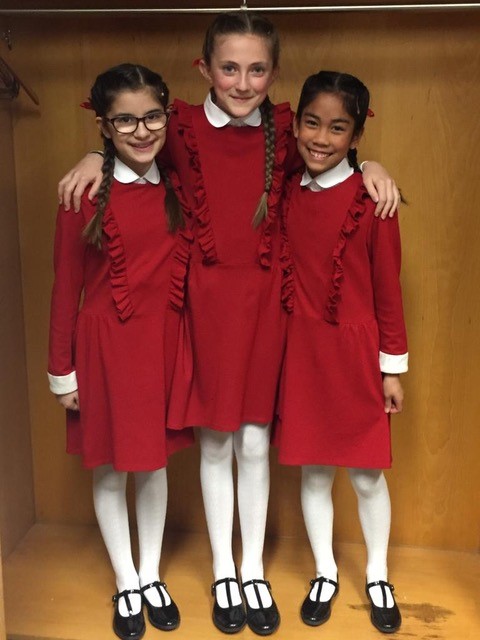 First Form pupil Natalie has made her Royal Shakespeare Company debut, as one of the three witches in Macbeth. The 11-year-old took to the stage at the Barbican Theatre, London, alongside Christopher Eccleston in the title role and Niamh Cusack as Lady Macbeth.

She said: “I play one of the three witches, who stir the cauldron and cause trouble and mischief with their prophecies. My favourite part of the play is the apparition scene, where we show Macbeth three apparitions, each with an important message for him. We have lots of lines and get to move around the stage.”

Natalie won her role through auditions in London, where her speaking and acting skills were assessed. This was followed by two months of rehearsals, fitted in around schoolwork, learning lines - and navigating the London underground!

Following the final performance of the play earlier this month, Natalie received a poster and programme signed by the cast and crew. She added: “It was an amazing experience and one I’ll never forget.”

Drama is taught to all our pupils as part of the curriculum in the Prep School from Years 3 to 6, and in the Senior School from the First to Third Forms.  There are also many other opportunities to take part in extra-curricular clubs, trips and productions. Natalie, who played Tinkerbell in our 2018 Year 6 production Pantastic, additionally trains after school at Stageworks Studios in St Neots.

First Form tutor and Drama teacher Mrs Sophie Poole said: “We are very proud of Natalie and have been impressed with the way in which she has managed to balance her studies with the demands of the rehearsals and performance schedule. She joins a number of Kimbolton students who have won roles in local and national productions and demonstrates what talent we have in the school.”