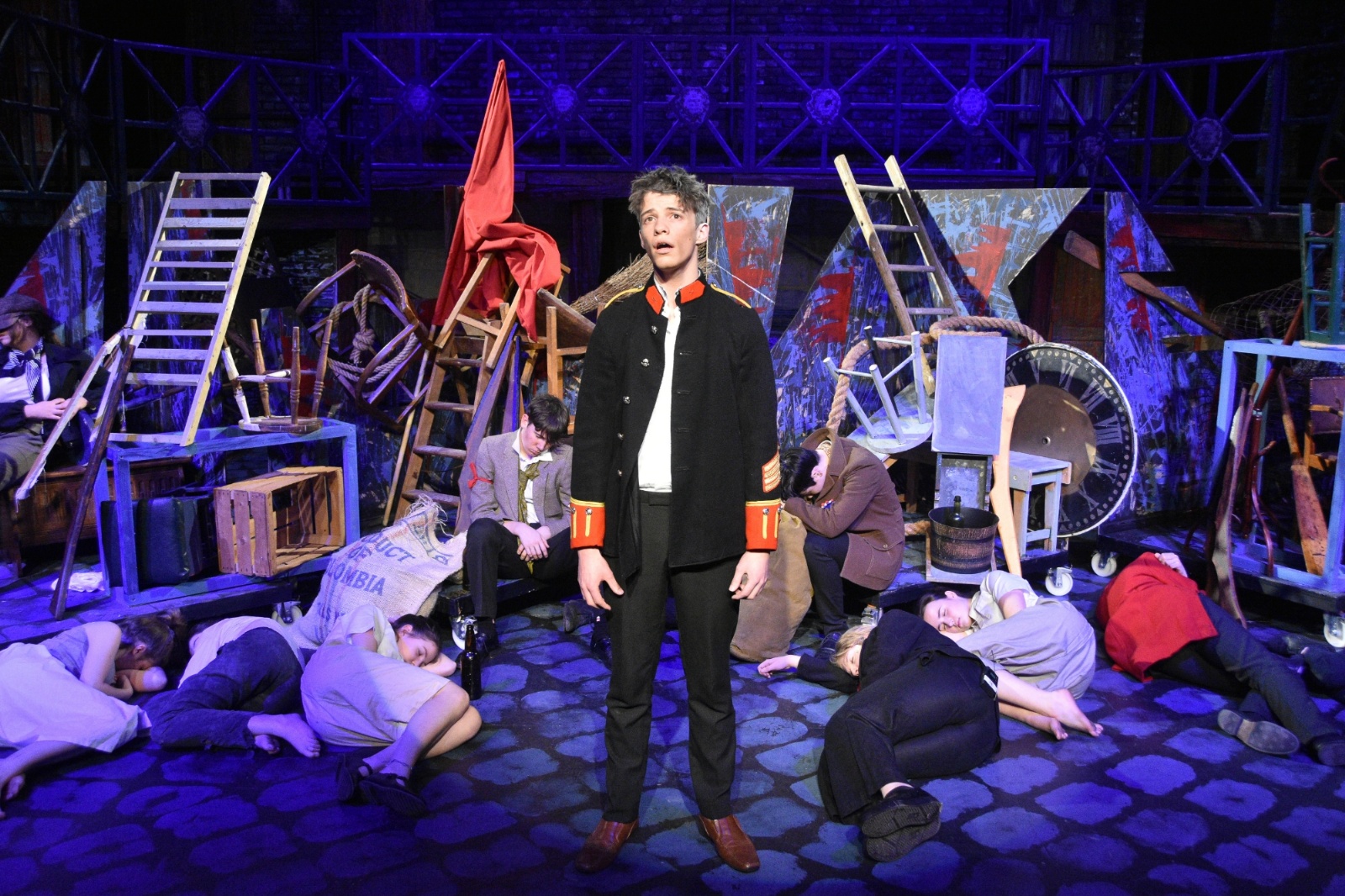 “The Best Yet!” was the verdict of audiences at our Senior School's sell-out production of Les Misérables, which ran over three nights just before half term. The eagerly anticipated musical adaptation of Victor Hugo’s French historical novel provided a breath-taking showcase for the acting, singing and design talent amongst our pupils.

Our thanks go to Mrs Sue Hart, School Librarian, for her review of the show…

The impressive musical featured over 70 talented performers, supported by a full orchestra of school pupils and staff. Pupils also took responsibility for the technical aspects of lighting and sound, back-stage direction and support, costumes and the creation of a superb stage set. Every aspect was fabulous and integral to the success of the show.

Fraser Ellson took the lead with an outstanding performance as Jean Valjean, ably coping with the vocal range and capturing the emotion of the role perfectly. Alongside Fraser, Ben Rice (Javert) provided mature and powerful support whilst Emily Sparkes (Fantine) also gave her all with a clear, emotional and impressive voice. Moments of real comedy came with the Thenardiers (Luke Wilson and Lydia Carter), adding a wicked sense of humour to the sombre tale. Other main characters, whose exceptional performances were worthy of a West End stage, included Dom Holdaway (Marius), Sadie King (Cosette), Charlie McLellan (Gavroche), Fiz Choy Winters (Eponine) and Ilya Semple (Enjolras).

Particular highlights included the barricade scene with gunfire, smoke and lighting effects emphasising the chaos and impending doom of the revolutionaries, whilst Fraser’s sensitive yet powerful version of ‘Bring Him Home’ left few dry eyes in the house. The talented ensemble also deserve praise for a fantastic, constantly-engaged portrayal of whores, revolutionaries and drunkards!

With its memorable melodies such as ‘I Dreamed a Dream’, ‘On My Own’, ‘One Day More’ and ‘Master of the House’, this year’s production will last long in the memories of all who participated and attended; well-deserved standing ovations every evening were testament to its success. Congratulations to everyone involved!

News of the show’s success – despite a power cut on the second night – also made it into The Hunts Post, with National Operatic and Dramatic Association reviewer Michael Williams calling it a “magnificent team effort”. His full review can be seen here.