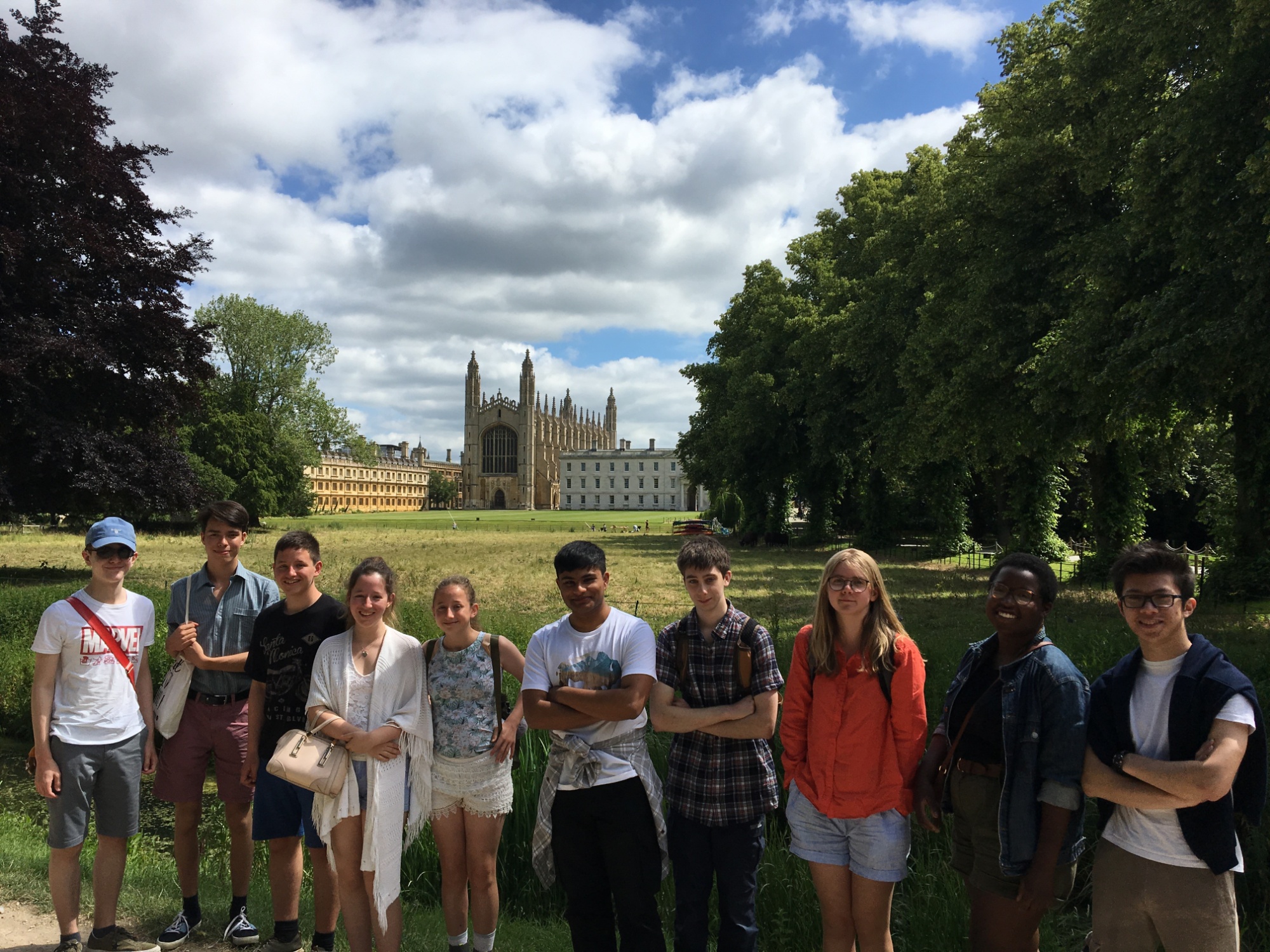 Ten members of the Philosophy Society, led by Mr Bates, enjoyed a tour of Wittgenstein’s Cambridge on Sunday 30 June. Ludwig Josef Johann Wittgenstein (1889-1951) was an influential Austrian philosopher who taught at the University of Cambridge from 1929-1947. The group took in various sites including King's College, Trinity College, the old cinema (now M&S), and Wittgenstein’s boarding house. They learned about Wittgenstein's life, thinking and hugely significant impact on western philosophical thought, marking a transition from Enlightenment to post-modern thinking.

The trip also featured a visit to Wittgenstein's grave, where pupils placed a jam jar containing stones and a ladder, signifying the self-stated aims of Wittgenstein’s work – to provide a ladder with which to climb up and see the world rightly and to help show a fly the way out of the fly bottle. The day concluded on a lighter note, with drinks, cake and scones at the Orchard Tea Rooms in Grantchester (another LW haunt) on the way home.