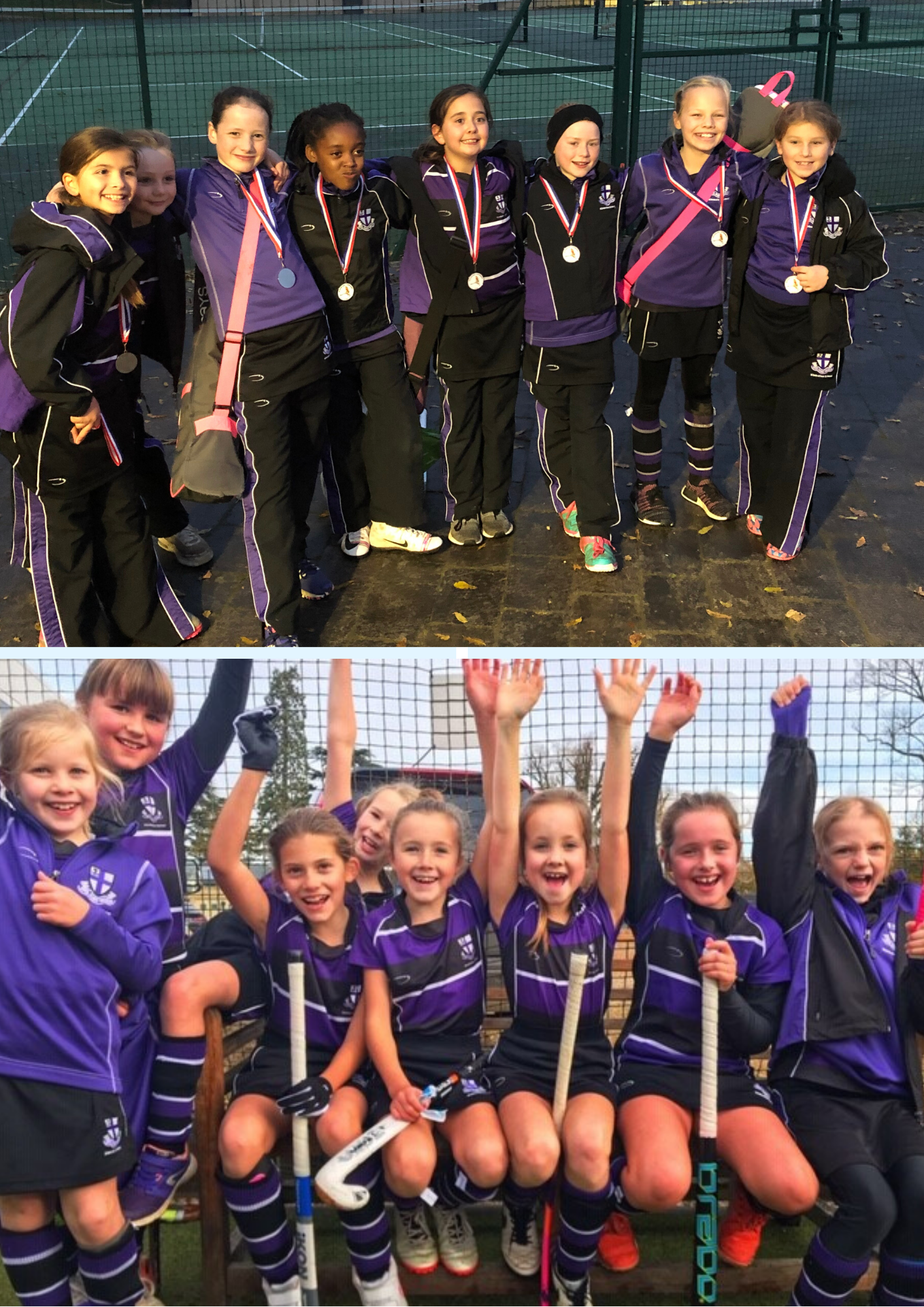 Congratulations to our U10 and U9 Girls' Hockey A teams who both finished runners-up in tournaments at Witham Hall recently. The U9A team worked very hard from start to finish, winning four of their five games: 2-0, 1-0, 4-1, and 2-0. The only game they lost 0-2 was to the Witham A team who went on to become the overall winners, beating us by just two points.

Meanwhile the U10 team drew with Bedford Girls' School 0-0, drew with Witham B - 0-0, and beat Stamford 2-1 to win the group. They then played Bedford Modern in the semi-final and, after full time and extra time, the score was still 1-1 so it needed to be settled by penalty shuffles. The girls' kept their cool and won 3-2 to secure their place in the final.

Hockey coach Mrs Janet O'Brien said: "The girls displayed great resilience and coped really well with the pressure of two sets of penalty shuffles. Player of the Tournament was Ava for her amazing goalkeeping skills. Well done all of you!"