Debaters Through to National Final 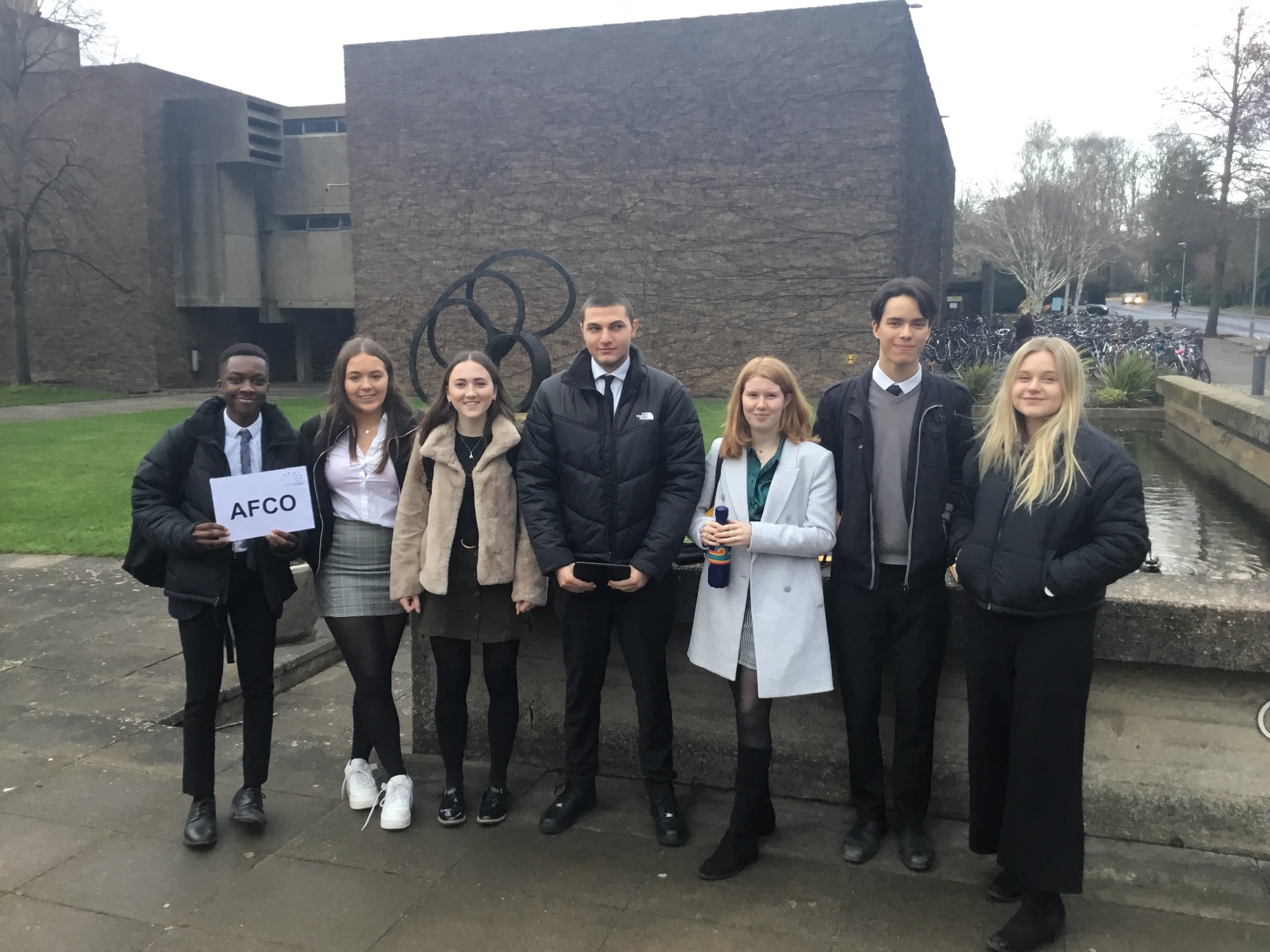 Kimbolton's Sixth Form debaters are through to National Final of the European Youth Parliament competition, after winning the East Anglia Forum yesterday (Thursday 13 February). Our team of eight students travelled to Churchill College, Cambridge, where an excellent performance saw them win the event for the seventh time in the last ten years, ahead of other schools from across the region.

Team members Patrick Choy Winters, Angus Dent, Anna Fraser, Grace Johnson, ​​Lexie Lisle, Craig Nyamarebvu, Shota Natenadze and Emma Skillett were commended for their constructive and well-researched contributions to debate, their carefully structured speeches and their excellent teamwork. Grace and Craig gave particularly strong speeches to help secure enough support to pass our own resolution on how to engage young people from across the EU in politics. A range of other issues were debated including the war in Yemen, climate change and the growth in support for far right extremist groups.

Congratulations to the whole team - we look forward to hearing about their exploits at the 4-day Final in Liverpool in due course.