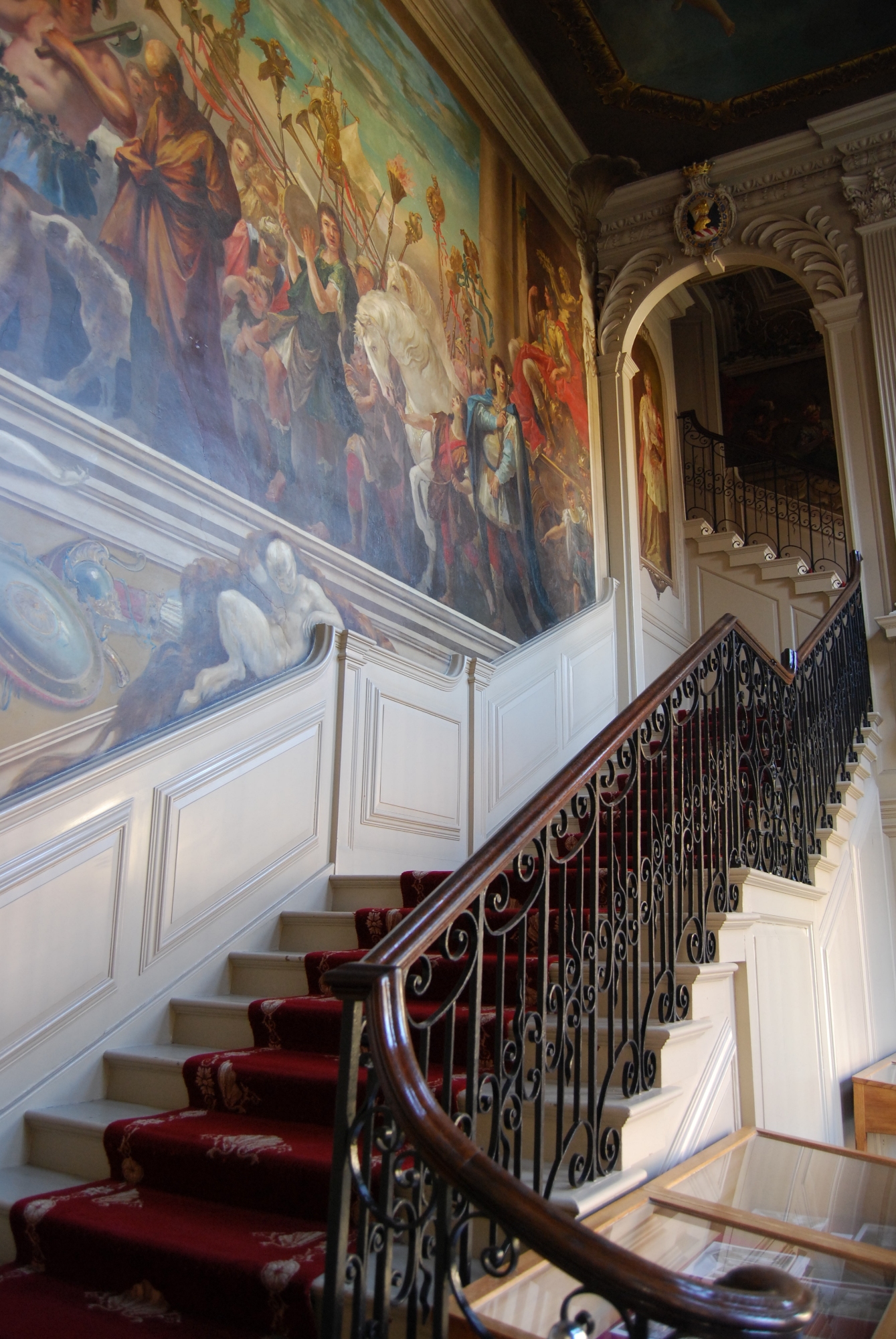 The Castle in its present form dates almost entirely from 1690 to 1720, when it was largely rebuilt on the orders of Charles Edward Montagu (4th Earl), who was to become 1st Duke of Manchester in 1719. Between 1690 and 1695, the courtyard was rebuilt and the main staircase added. The Great Hall of the old Castle was divided to make two rooms, the White Hall and the Red Room. The work was carried out by a local builder called William Coleman, probably to designs by the Kings Lynn architect Henry Bell.
Building work resumed in 1707, after the south-east corner of the Castle (the site of the Green Room) collapsed. Two of the best-known architects of that time, Sir John Vanbrugh and his assistant Nicholas Hawksmoor, were called in to redesign the whole of the South Front. Although Vanbrugh wanted to rebuild the Castle in the then-fashionable classical style, he was anxious to 'give it something of the Castle Air' because of its long history as a fortified manor house: hence the battlements.
Vanbrugh soon persuaded the Earl to let him reface the other three sides of the Castle in a similar style. Vanbrugh's main State Room was the Saloon, with, on one side, the State Bedchamber (now the Headmaster's study) and its adjoining Boudoir, on the site of Katharine of Aragon's rooms, and, on the other side, the Green Drawing Room. Work was also carried out on the Chapel and the Main Staircase. Whether or not Vanbrugh designed the portico on the east side of the Castle is uncertain.
In 1708, the Earl of Manchester brought over to England the Venetian painter Giovanni Antonio Pellegrini to decorate the newly-built rooms. His most important paintings can be seen on the wall and ceilings of the Main Staircase. In particular, the small musicians' gallery, on the upper flight of stairs, is regarded as one of the finest wall-paintings in England.
Other work by Pellegrini includes the Chapel wall-paintings, the ceiling of the Boudoir and a portrait of the Earl's children in the White Hall. 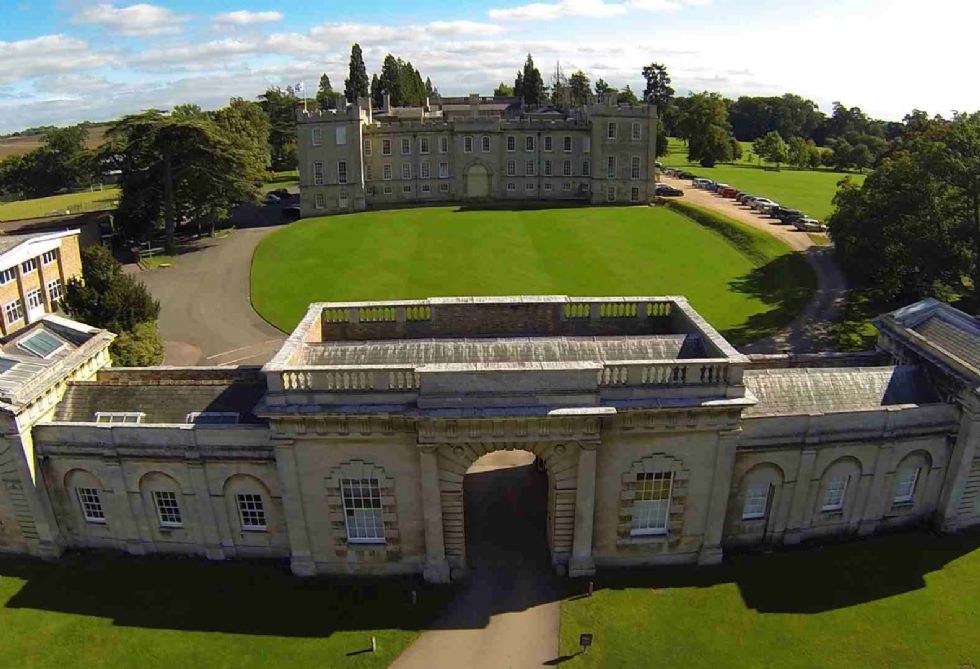 Another famous architect who worked at Kimbolton was Robert Adam, who designed the Gatehouse (built about 1764), including the Castle brew house, now the School Shop, and the Castle laundry, now the Bursary.

Adam also drew up plans for several garden buildings, including an orangery, but these were never carried out. At the same time the formal layout of the grounds was changed, and the Iron Gates moved to their present position.