In the first year with every subject scored under the new 9 to 1 grading system, Kimbolton School is celebrating another excellent set of GCSE and IGCSE results. 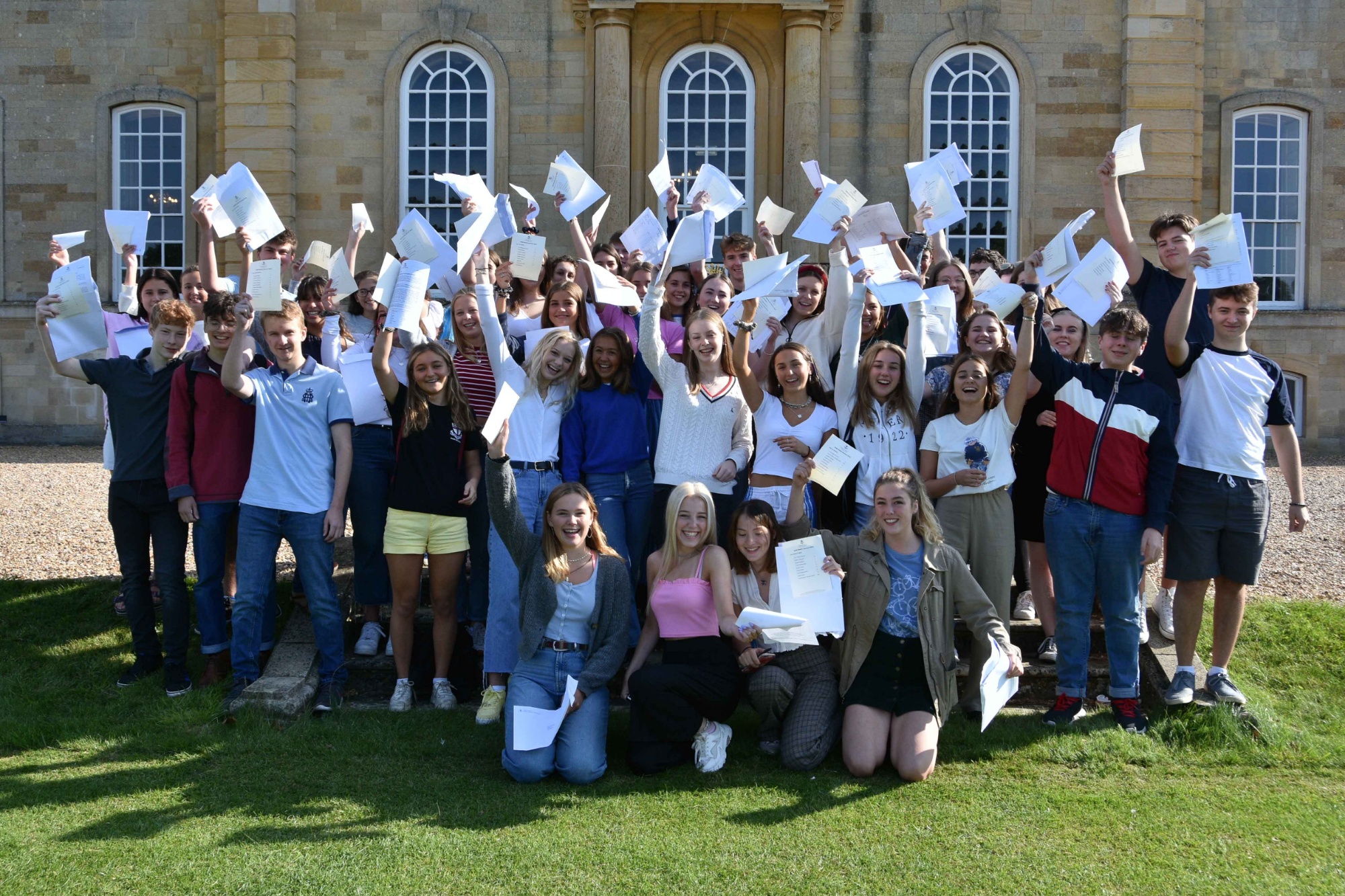 In the first year with every subject scored under the new 9 to 1 grading system, Kimbolton School is celebrating another excellent set of GCSE and IGCSE results. A tremendous 36% of all grades were awarded at the top 9 or 8 grades (equivalent to the old A*) and 58% at 9-7 (old A*/A).

Included in these results were those for International GCSEs in nine subjects. 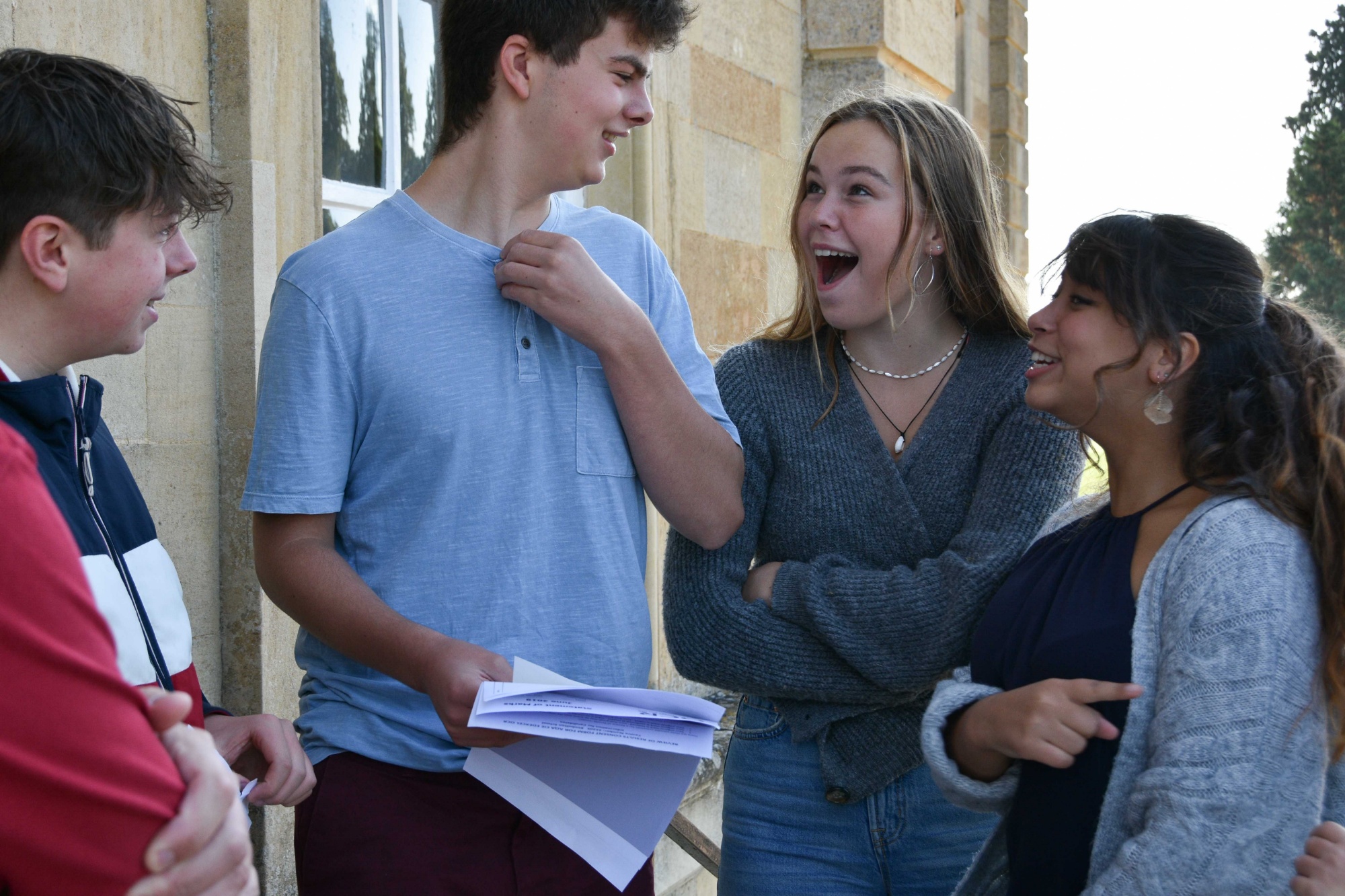 Connor Peck was delighted with his results. "I'm really pleased as I've done really well. The highlight was double 9 for English Language and English Literature." Having started Kimbolton in the Prep School, Connor is joining our Sixth Form to study Maths, Physics and Chemistry with a view to reading a Chemistry-based subject at university. "As well as my A Levels, I'm going to do extension courses in astronomy and robotics, and I hope to return to singing in the choir and to help with the school drama productions."

Another student keen on drama is Enya Moyer, who joined Kimbolton from a school in South Carolina at the start of Fourth Form (Year 10).  She said, "I'm so pleased, especially with my Physics and Chemistry results as I had never studied the sciences separately before coming to the UK. I had a lot of catching up to do but the staff at the help desks were invaluable. I'm especially delighted with my 9 for Drama though, as I plan to take Drama, Biology and English at A Level." Her mother, Petra, commented, "I'm so happy to see their smiling faces - both Enya and her friends."  Reflecting on her GCSE studies, Enya said, "Kimbolton has been lovely and the opportunities have been amazing, 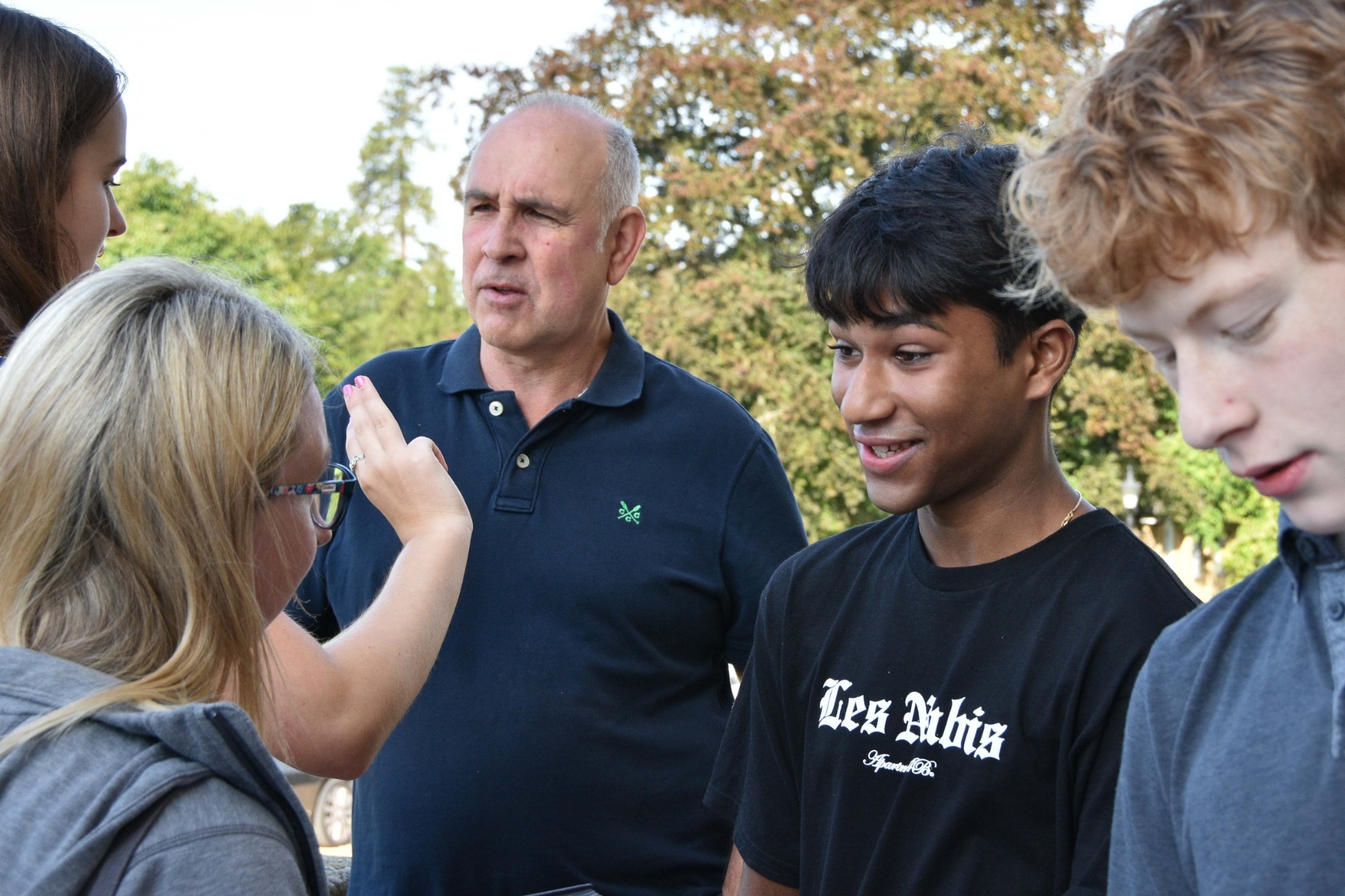 compared to those at my US schools. I've been on European trips in support of my studies, participated in the drama productions and taken up sailing since arriving here. I plan to sail as my Games option in the Sixth Form."

Priya Auton is also a sailor, as well as playing hockey in the 2nd XI, being a member of the Charities Committee, helping backstage at productions, and writing and photographing for the school magazine.  Recently awarded an Arkwright Scholarship for engineering and design, she will be studying Maths, Art and Design Technology at A Level with a view to reading Product Design at university. "I did better than I expected - and I certainly didn't expect any 9s!", she said. Her mother, Jessica, added, "Kimbolton has given her the confidence to perform to her best, She was unsure of herself at primary school but we're blown away by her ability - she's done so much better than either of us at her age. She can now approach her A Levels with confidence."

The vast majority of the year group will be continuing in Kimbolton School’s Sixth Form next month where they will be joined by around twenty students from other schools.

Jonathan Belbin, the Headmaster, commented, “These excellent results reflect the hard work of our pupils and staff and I am especially delighted by the total of 174 9s achieved by a wide range of pupils. Indeed 9 was our second most popular grade (after 7)!”