Our Mathematics Department is dedicated to helping pupils achieve. We offer a range of qualifications to suit our pupils' abilities so that the least able receive a solid grounding in all aspects of Mathematics while, at the opposite end of the ability spectrum, our most gifted mathematicians are fully stretched. We run a help desk most lunchtimes in the week and in the run up to examinations we are accessible and willing to help throughout the day. We encourage pupils to seek assistance outside lessons and our Fifth and Sixth Formers really appreciate the time we give them to help maximise their potential grades. 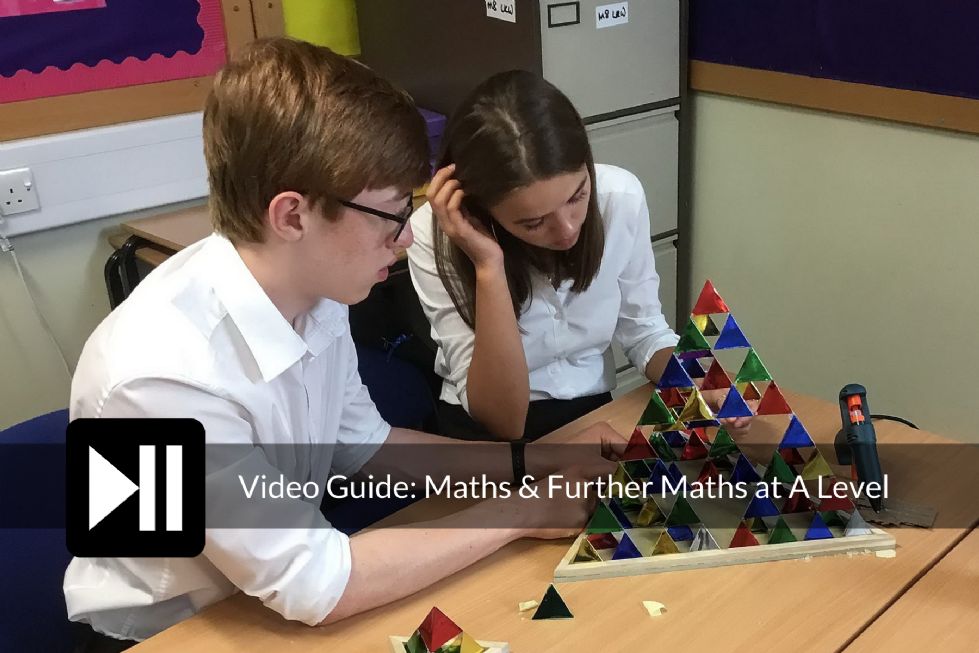 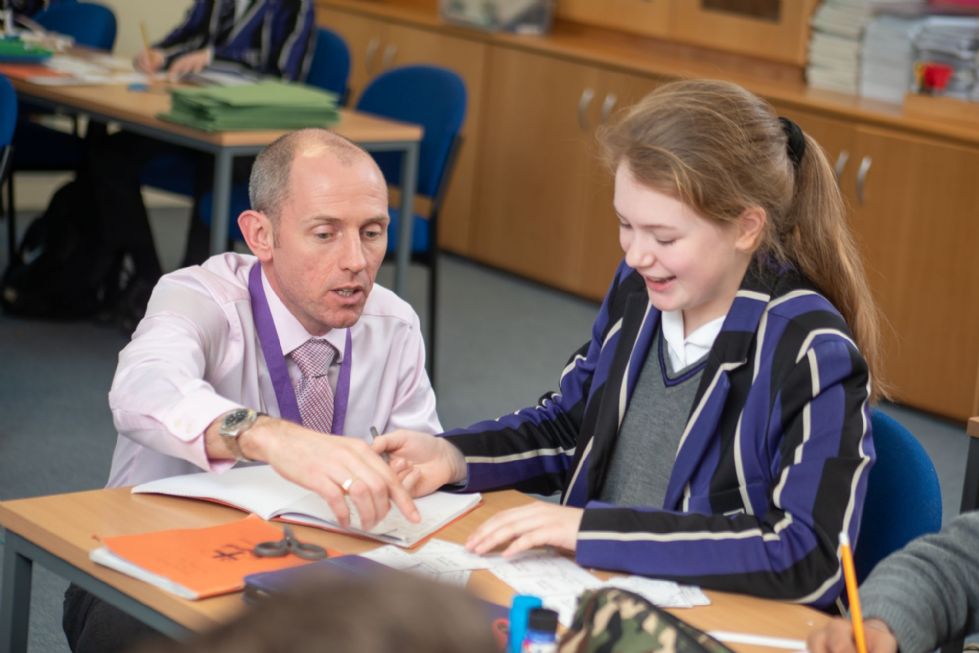 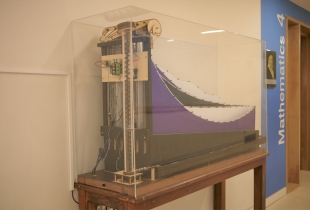 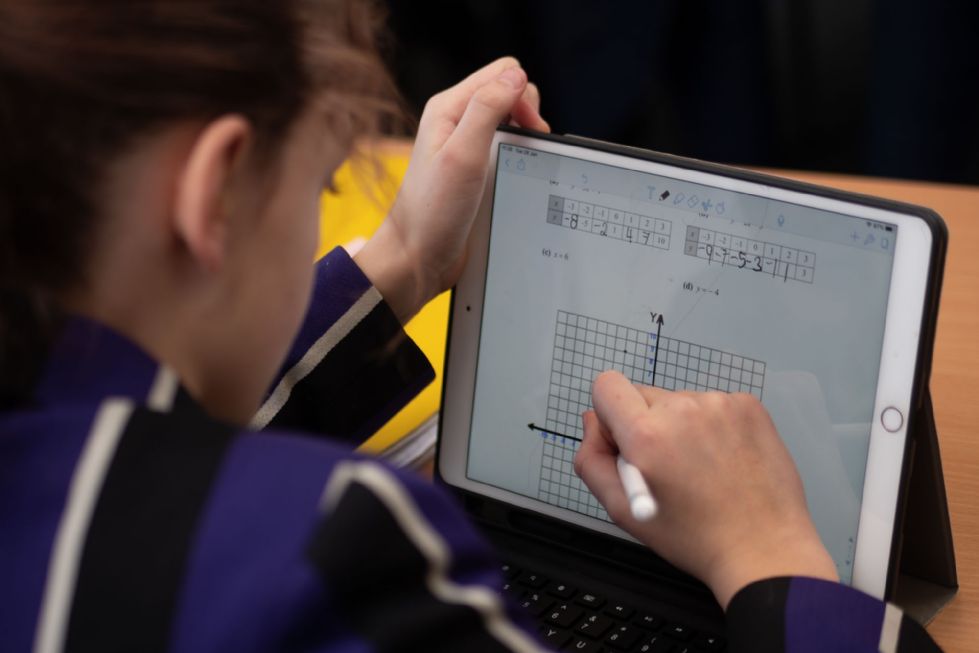 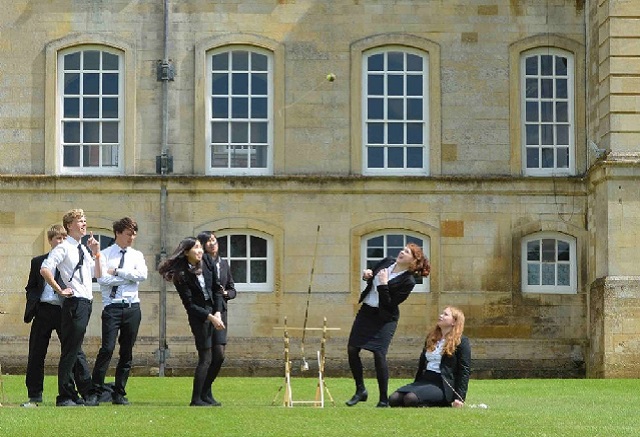 In the First Form we spend the first half of the first term concentrating on number work. There are several tests on subjects starting with BIDMAS and integer multiplication and progressing to indices, decimals, ratios and percentages.

Initially the new first formers are loosely set according to their entrance exam into two joint top sets, a third, fourth and fifth set.  After several mini tests on aspects of numeracy, we re-set the first form after a comprehensive numeracy test set at the end of the Autumn term. Thereafter pupils study algebra and other areas of mathematics. For approximately ½ hour per week from December the pupils will hone their numeracy skills and attempt to pass their internal Bronze, Silver and Gold numeracy awards. For more information on the First Form, see here (pdf).

In the Second Form pupils are set from 1 to 5 but continue to follow a common syllabus.  We aim to stretch every pupil and cover more advanced algebra, data handling and reinforce the First Form work.  Tests have two sections, the first section is for all classes and the Extension section is aimed at the top couple of sets.

For the Third and Fourth form module tests are split into 3 Sections: Support, Core, and Extension.  This allows us to have a common section of the test for the year group (Core) whilst simultaneously offering challenging questions to the higher sets and appropriate questions for our smaller sets.  Each class will do two sections – either S and C or C and E.  The S section covers the building blocks of a topic and are based on the material learnt the previous year.  The Core section tests the main focus of the topic, building on the S section.  The Extension Section is aimed at the ablest pupils in the year group.  All tests have questions taken from past examination papers.

More information about Mathematics setting can be found at the bottom of this page (pdf).

Mathematics is important in all aspects of everyday life: from shopping or planning a holiday, to buying a house. It’s a core skill that most employers look for, as well as a powerful tool for understanding and communication across the world. Maths helps you learn to problem-solve, and to think creatively and critically – skills that are valued in many careers from architecture to motorsport and medicine.

Our Maths Department is dedicated to helping you achieve. We offer a range of qualifications to suit all abilities, so that the least able receive a solid grounding in all aspects of the subject while, at the opposite end of the ability spectrum, our most gifted mathematicians are fully stretched.

Sets 1-5 take Higher Level. Sets 6 and 7 take Foundation Level (with a maximum achievable grade of 5) at the end of the Fourth Form, with a view to gaining a grade 4 or 5 a year early. In Fifth Form, some will retake Foundation while others will progress to Higher Level.

To gain a grade 5 you will need to be proficient in number work - ratio, percentage, fractions. You will need a basic understanding of averages and be able to decipher data in frequency tables. Area and basic trigonometry are required as is basic algebra. Jumping to grade 9 and you will have also had to master differentiation, vectors, and circle theorems, as well as developed many problem-solving skills.

We offer two courses at A Level:

Mathematics A Level (Edexcel GCE Mathematics 9FM0). Typically, between one third and one half of our Lower Sixth opt to take A level Mathematics.

Kimbolton 7th Period Super-Curriculum: Our super curriculum will have a variety of aspects to it. All Sixth Form pupils take part in the national UK Mathematics Senior Challenge. After November pupils will be stretched by looking at various topics such as curve sketching, roots of quadratic equations, rational, irrational and complex numbers, nested surds, interesting sequences and killer sudokus. Recently students also looked at fractals, building a giant level 3 Menger Sponge out of 48000 business cards, as well as a Sierpinski Tetrahedron - now on display outside the Queen Katharine Building. Maths teacher Mr Wilkinson has put together a website, https://mathsmodels.co.uk, which showcases several of these recent maths construction projects.