Spanish is the world’s second most-widely spoken language in the world, after Mandarin Chinese. Over 572 million people in 21 countries across five continents speak Spanish either as first or second language. 477 million people are native speakers, according to a new report from the Spanish government's Cervantes Institute. This diversity, both in human and geographical terms, offers students of Spanish a wealth of opportunities for their future. In fact, the British Council ranks Spanish first in the list of “languages which will be of crucial importance for the UK’s prosperity, security and influence in the world” (Languages for the Future, 2017).

Spanish is a subject that combines well with virtually all other subjects. Today there is a global market for jobs. Knowing how to interact with people from other countries and cultures is a highly valued life skill and will give you the edge in the job market. It is not necessary to be completely fluent in a foreign language to be an asset to any potential employer.  Pupils learning Spanish will not only learn to communicate with other people by using the spoken language, but will also learn about Spanish and Latin American culture and their way of life, consequently developing their own cultural awareness and adaptability.

Spanish lessons at Kimbolton School aim to combine the intellectual with the practical. We aim to enable our pupils to develop the language skills needed for confident communication in the target language as well as provide them with varied opportunities to explore the history, culture, evolution, current social trends and traditions of Hispanic societies. We will combine the study of film, making emphasis on Almodóvar, literature and translation alongside a strong interest in current affairs and global issues. Students are provided with the preparation to exploit the benefits of working, living and travelling abroad.

Above all, we aim for our pupils to learn in a dynamic and enthusiastic atmosphere, getting involved in debates, challenges and a variety of interactive classroom activities, enjoying the possibilities this beautiful language offers to us as much as we do. ¿A qué esperas a unirte a nosotros? 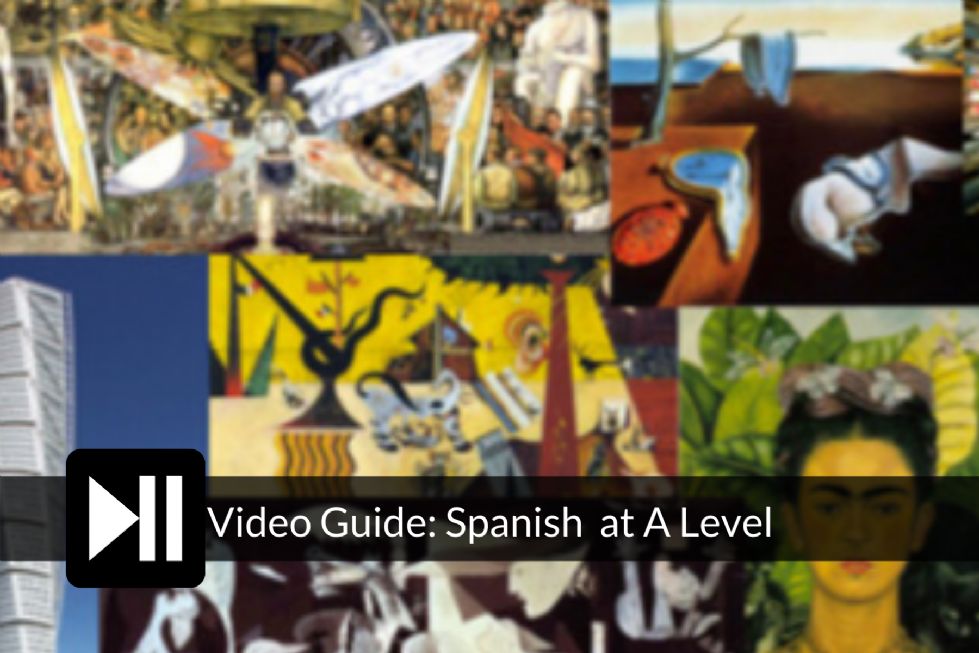 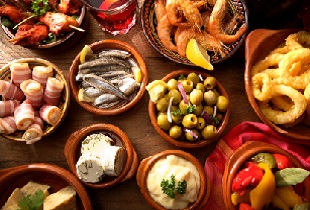 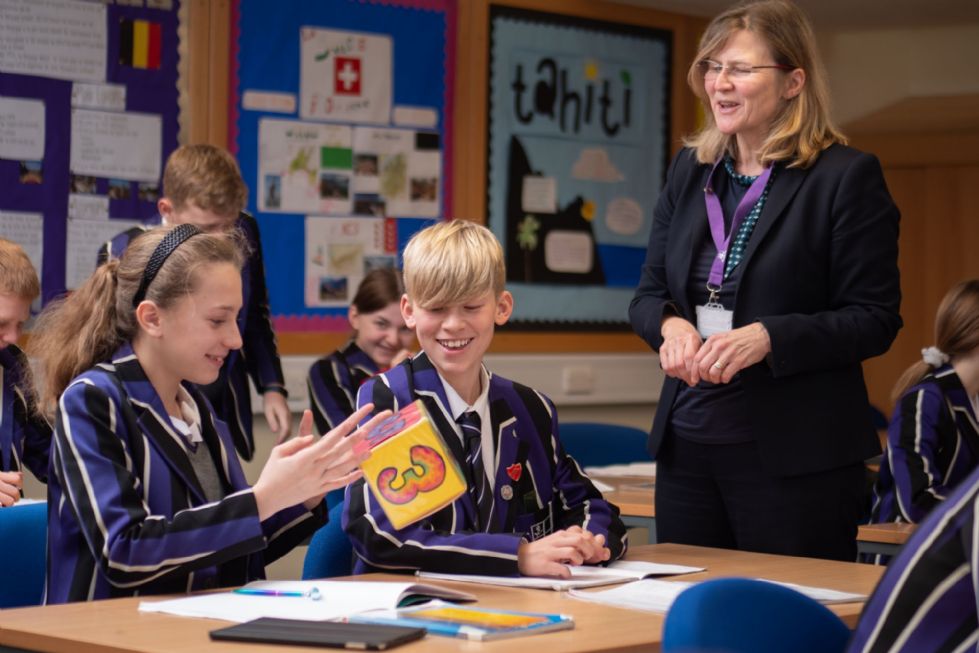 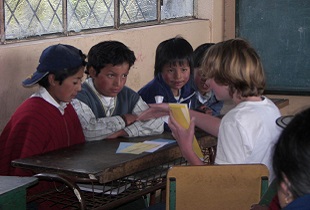 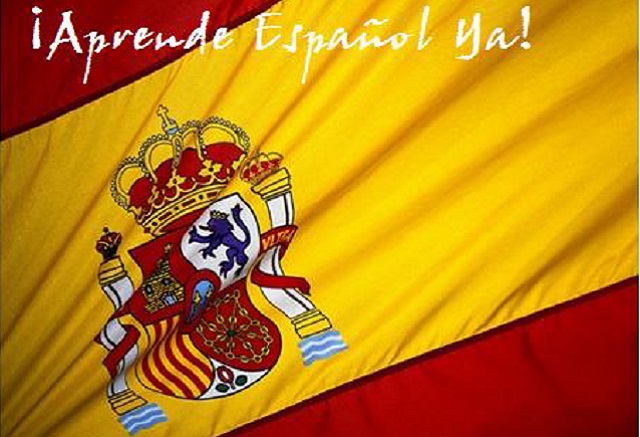 Students start to learn Spanish at the beginning of the First Form and they are introduced to Hispanic culture. The three year course uses Viva 1, 2 and 3 (2nd Edition) and aims to cover progressively the main elements of the language, giving pupils a firm grasp of essential grammar and encouraging them to use the language communicatively in the classroom and beyond. We also aim to encourage accurate pronunciation through the teaching of high frequency words and regular speaking practice. As a Department, we value the freedom to expose students to different authentic material from a variety of sources. As a continuation from the Schemes of Work in 1st and 2nd form where emphasis is placed on a general understanding of Hispanic countries, in the Third Form we also explore more specific aspects of the Hispanic world at a basic level: art, literature and geography. Our aim is that pupils have an understanding of cultural manifestations in the target language that develops their curiosity. At the end of the Third Form, when they decide on their GCSE choices, they can opt for Edexcel GCSE Spanish. It has been proven as a popular option as the number of students opting for Spanish to GCSE is high.

Fourth and Fifth Form pupils follow the Edexcel GCSE Viva textbook from Pearson. Although the emphasis is on pupils to prepare for their GCSE exams, we continue to place strong value in the teaching of culture as the framework to teach our pupils. As a consequence, teachers will be using a variety of resources, including authentic material, to reinforce the main linguistic structures and work on accuracy and sophistication when manipulating the language.

Our Spanish Assistant (SMJ) will be in lessons once a week with each 4th and 5th form group, practising the GCSE role plays, photo cards and general conversation task of the examination. In addition, pupils will do past paper practice (Listening, reading and writing) throughout the academic year. Grammar and vocabulary tests will be carried out regularly so that pupils and teachers have feedback on pupils’ progress.

Paper 1 Listening - 45 minutes including 5 min reading time, 50 marks, externally assessed, weighting 25%.
Candidates listen to a number of recordings and answer multiple-response and short-answer open response questions. There is no requirement for students to produce written responses in Spanish.

Paper 4 Writing - 1 hour 20 minutes, 60 marks, externally assessed, weighting 25%
Candidates respond in the target language to three tasks. The first is a directed open response task with a choice of two titles (80-90 words, 20 marks); the second is a longer piece of writing that offers a choice of two tasks (130-150 words, 28 marks). The third is a short translation of a paragraph into Spanish (around 3-4 lines long, 12 marks).

The A Level Spanish course is academically rigorous, but we also aim to develop a real enjoyment and enthusiasm for the Spanish language and Hispanic culture in our students.

Lower and Upper Sixth sets are taught by two teachers, one who focuses on language topics, grammar and translation into English (Paper 1), and one who mainly develops the cultural topics (film + literary text), grammar and translation into Spanish (Paper 2). Both teachers will share the teaching of Paper 3 (speaking) and the teaching of grammar as it is covered as questions arise. Whilst the cultural topics naturally lead towards essay production and the listed topics tend towards comprehension and debate, both teachers practise these skills through their topic medium.

In the Lower Sixth students begin by consolidating the language learnt previously, gradually adapting to the demands of the new course. The aim is to develop students’ understanding of the language applied in a wide range of topic areas; some areas are similar to GCSE, but are covered in greater depth, and some are new such as the impact of tourism in Spain or the role of media in society. They also are introduced to film analysis and concentrate on the study of a film by Almodóvar and then a literary text by Gabriel García Márquez that they will carry on studying during the Upper Sixth. The following year, students continue to cover topics which bring a deeper knowledge and understanding of aspects of Spanish contemporary society and culture. Some of them include the impact of immigration, the Spanish Civil War and Franco’s dictatorship.

Material is drawn from a variety of authentic sources including newspapers, magazines, the internet, films, television and books. Linguistically, during the two-year course, students will broaden their vocabulary and build a solid knowledge of grammar so that they can become confident in expressing themselves both verbally and in writing.

Paper 1 - Listening, Reading and Translation – 2 hours, 80 marks, externally assessed, weighting 40%. The examination is made up of:

Paper 2 - Written response to works and translation– 2h 40 min, 120 marks, externally assessed, weighting 30%. The examination is made up of:

Kimbolton 7th Period Super Curriculum: This is the perfect opportunity to extend your knowledge and think beyond the A Level curriculum, researching, analysing and debating current affairs in the Hispanic world. We will tailor the sessions according to students’ interests but you will work towards an independent research project. We will aim to take part in national MFL competitions too!

Trips and Other Cultural Activities

The Spanish Department gives high priority to the development of trips and activities outside the classroom, to enhance and promote what is learned within the programme of study. We also value pupils’ involvement in organising the visit of external speakers and the participation on MFL national competitions.

Visits to Spain and Latin America

The Department organises every year a trip to Spain or Latin America (subject to Government guidelines on Covid-19) which is open to all students. We believe that this trip provides students with key cultural enrichment. It widens their cultural horizons and encourages an appreciation and understanding of other visions of life and traditions. It also fosters the development of invaluable social skills and provides many opportunities for the students to take responsibility away from their parents. The Department uses this opportunity to promote understanding and tolerance to good effect and awareness about the conditions of life of people in these countries.

Previously, the Spanish Department and its students have travelled to Barcelona, Cuba, Andalucía and Ecuador/ the Galápagos Islands.

Apart from these trips abroad the Department offers a variety of cultural activities: