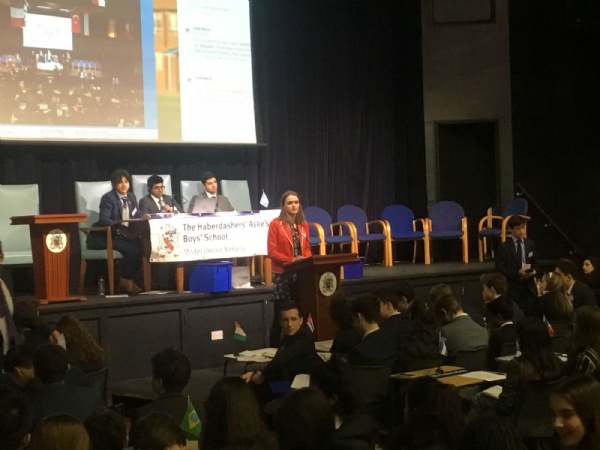 Awards for Third to Sixth Formers at annual debating conference. 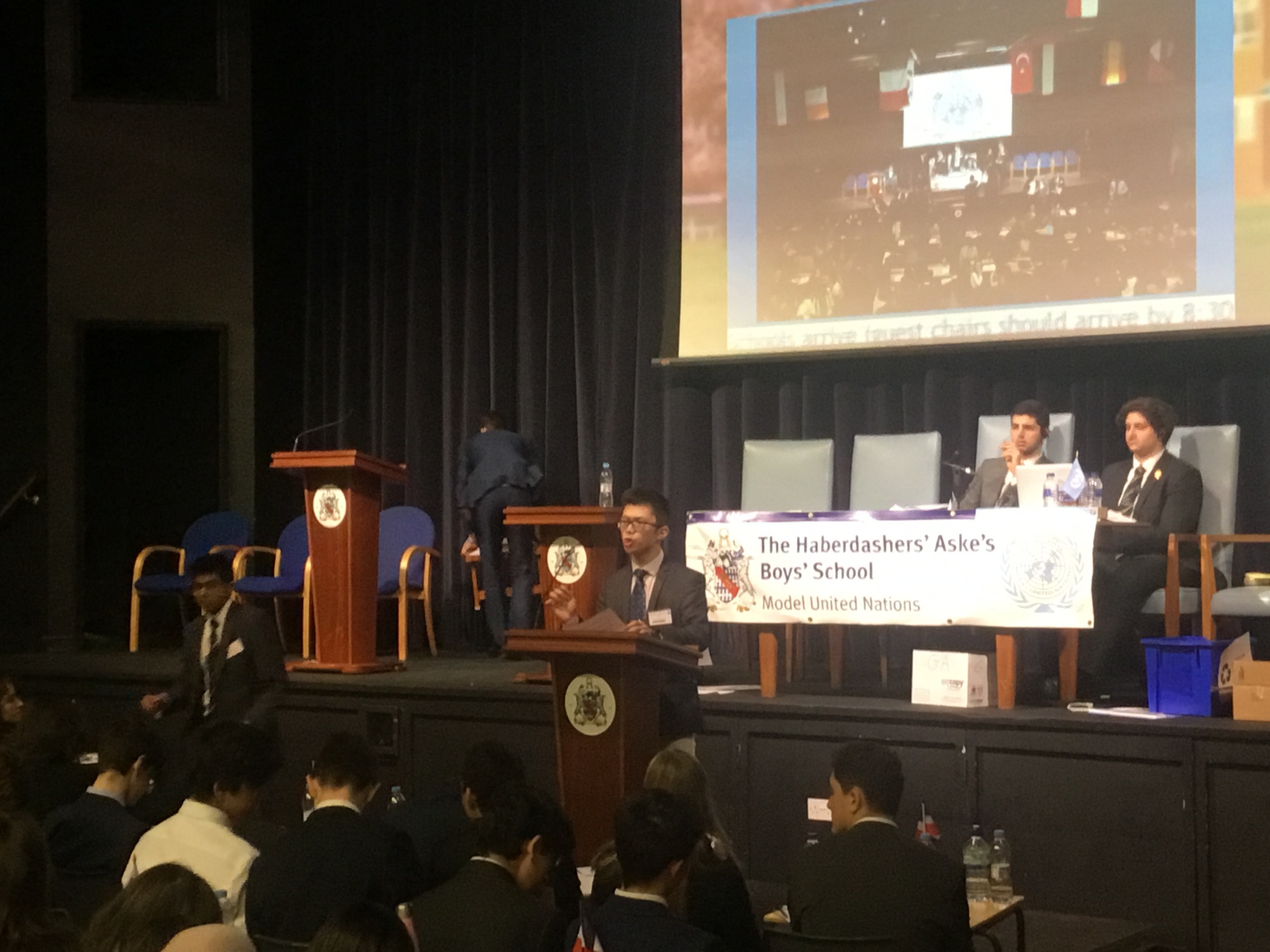 Our Third to Sixth Form debaters enjoyed a successful outing to the annual Model United Nations conference at Haberdashers' School in North London this weekend (16-17 March). Eleven Kimbolton students took part in the event, representing the delegations of Myanmar and Bosnia Herzegovina.

Our Myanmar delegates were Hattie, Aryaki, Alice, Sam, Chris and Alex, whilst the Bosnian delegation was comprised of Joe, Alicia, Ciane, Oscar and Adam. This year’s conference had a truly international feel, with around 400 students coming from across the UK and as far afield as Dubai, Greece, Germany and the Netherlands. Topics for debate included the humanitarian crisis in Yemen, the rights of refugees, the use of drones in warfare and the situation in Venezuela.

It proved to be a very successful weekend of debating, with a number of Kimbolton students winning awards. Highly Commended Delegate awards were given to Oscar on Disarmament, Alice on Human Rights and Alex on the Health Committee. Joe went one better, securing the Distinguished Delegate award on the Emergency Committee. And Hattie deserves particular praise for a superb achievement, winning the Best Delegate award on the prestigious Special Commission, which focused on the issue of the use of sanctions. The icing on the cake was that the Myanmar team won a Highly Commended Delegation award.

Mrs Alison Bates, who together with Mr Newsam coordinates debating at our school, said: “We would like to thank all 11 students for their outstanding efforts and, in particular, to pass on our thanks and congratulations to Upper Sixth formers Hattie and Joe who performed so brilliantly in their last MUN competition.”