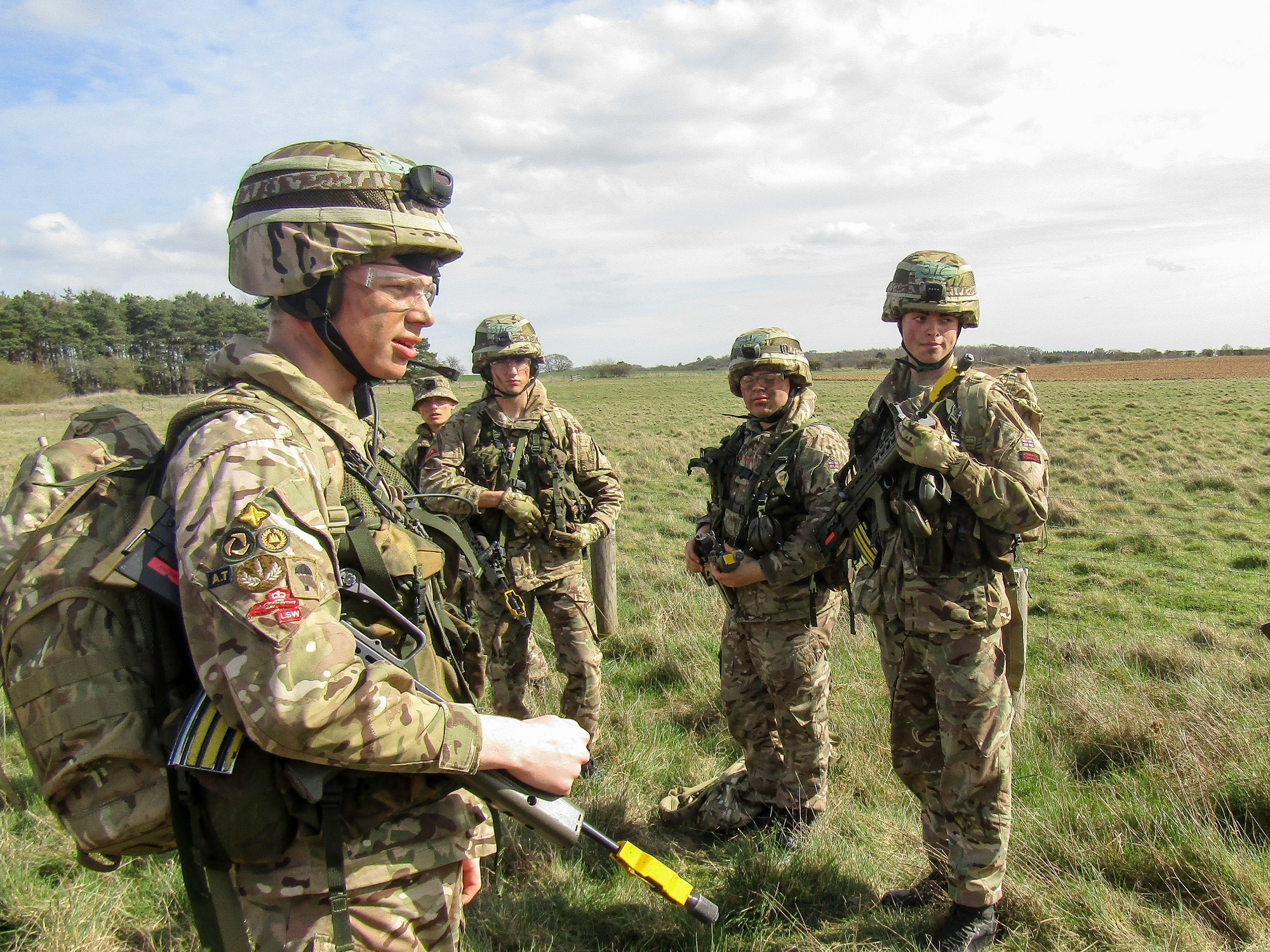 Cadets from across the Eastern region gathered near Thetford for the annual event, organised by the 7th Infantry Brigade (aka the Desert Rats). They battled it out over the weekend of the 23-24 March in a test of skills ranging from casualty evacuations and street clearance to defensive operations, team building and first aid. Our team was led by Cadet WO Harrison Young, on his final exercise before leaving Kimbolton after A Levels this summer. He was ably supported by second-in-command, Cadet Cpl Oscar Proietti.

RSM David Gridley said: “There were 14 teams taking part with support from the regular and reserve forces. Cadets took part in a three-phase operation - urban, offensive and patrols - all team members were a credit to our school and thoroughly deserve their success.”

The Combined Cadet Force aims to promote personal qualities such as responsibility, resourcefulness and self-reliance via the teaching of leadership, military skills and adventurous training. Kimbolton’s CCF has a national reputation for excellence and over 220 of our pupils opt to participate in training each Thursday afternoon. Many also join in with the wealth of extra courses and activities available at weekends and during the holidays.

All of our cadets from the Army, RAF and Royal Navy sections are now looking forward to their Annual General Inspection Day on 2 May.