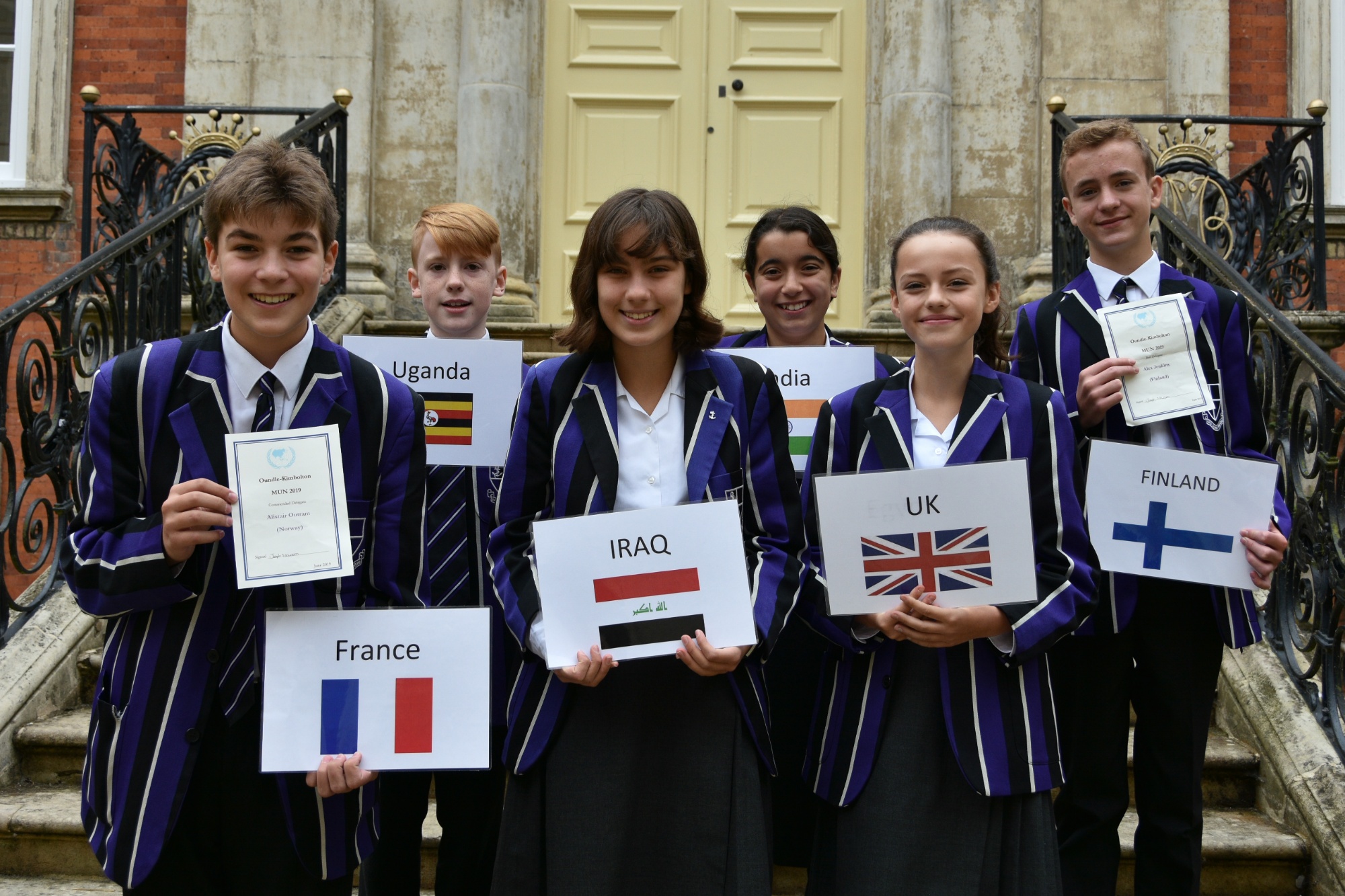 Nine First to Third Forms Form debaters enjoyed a successful outing to the Model United Nations competition at Oundle School recently. The aim of the event was to represent the views of a particular country, in discussions about the impact of climate change and the treatment of prisoners.

Impressive speeches came from Caitlin, India and Jasmine, with other strong contributions from Wilf and Anna. Special mention goes to four award-winning pupils: Trinity, Alistair and Adam were highly commended for their accurate representation of the views of India, Norway and France, while Alex (Finland) received the best delegate award for a series of well researched and pertinent contributions throughout the competition.

Thanks also go to Aryaki and Alice, who chaired debates with impressive impartiality, authority and confidence.