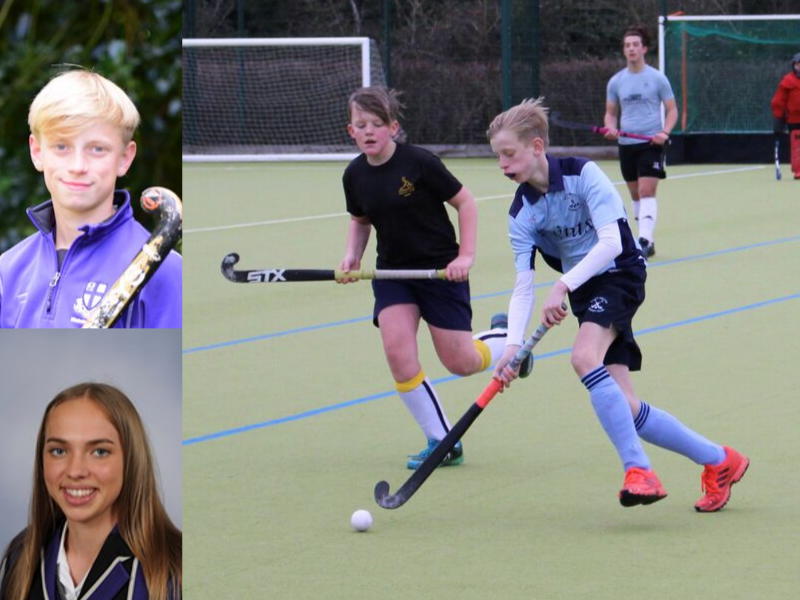 Two pupils from our Senior School will cross hockey sticks with some of the best in the country, following England Hockey player pathway trials earlier this summer.

Fourth Form pupil Ben has been selected for the U15 Boys’ England Hockey Performance Centre in Bury, while Sixth Former Isobel has – for the second consecutive year - gained a place in the U17 Girls’.

Both attended trials in Essex earlier this summer and were selected from a highly competitive pool of players from across the Eastern region. There are approximately 300 players nationally at Performance Centre level, based at 17 different locations.

Ben and Isobel will now take part in 10 evening sessions, five day sessions and up to four competition days, representing a commitment of 88 hours per season. At the end of the Performance Centre programme in July 2020, the best performing and highest potential players in their age group will be selected to play in the England Hockey Futures Cup. This tournament can lead to selection for the England U16 and U18 squads - the highest honour obtainable for a junior hockey player and one to which both Ben and Isobel aspire.

Ben, who joined Kimbolton in Reception, plays in our U15A team, as well as for St Neots Hockey Club. The talented teenager has also represented Cambridgeshire County for several years. Isobel plays in the 1st team both for school and for Cambridge City. Her achievement is all the more remarkable because she only picked up a hockey stick for the first time when she joined Kimbolton in the Third Form.

Head of Hockey Mr Jack Middleton said: “I’m delighted to see two of our players reaching this level. Both Ben and Isobel are key players in our school teams and have demonstrated significant talent and dedication to achieve selection. We look forward to following their progress.”