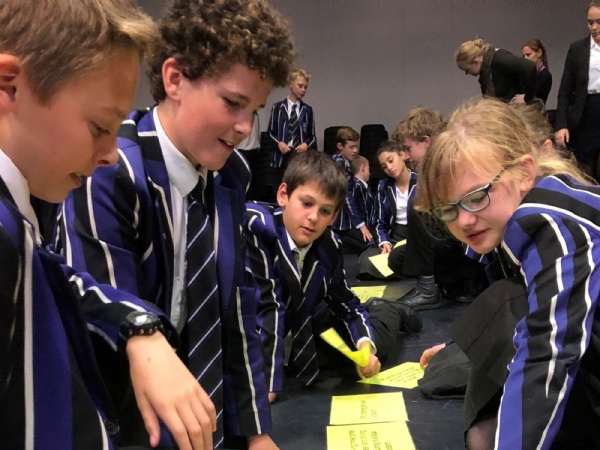 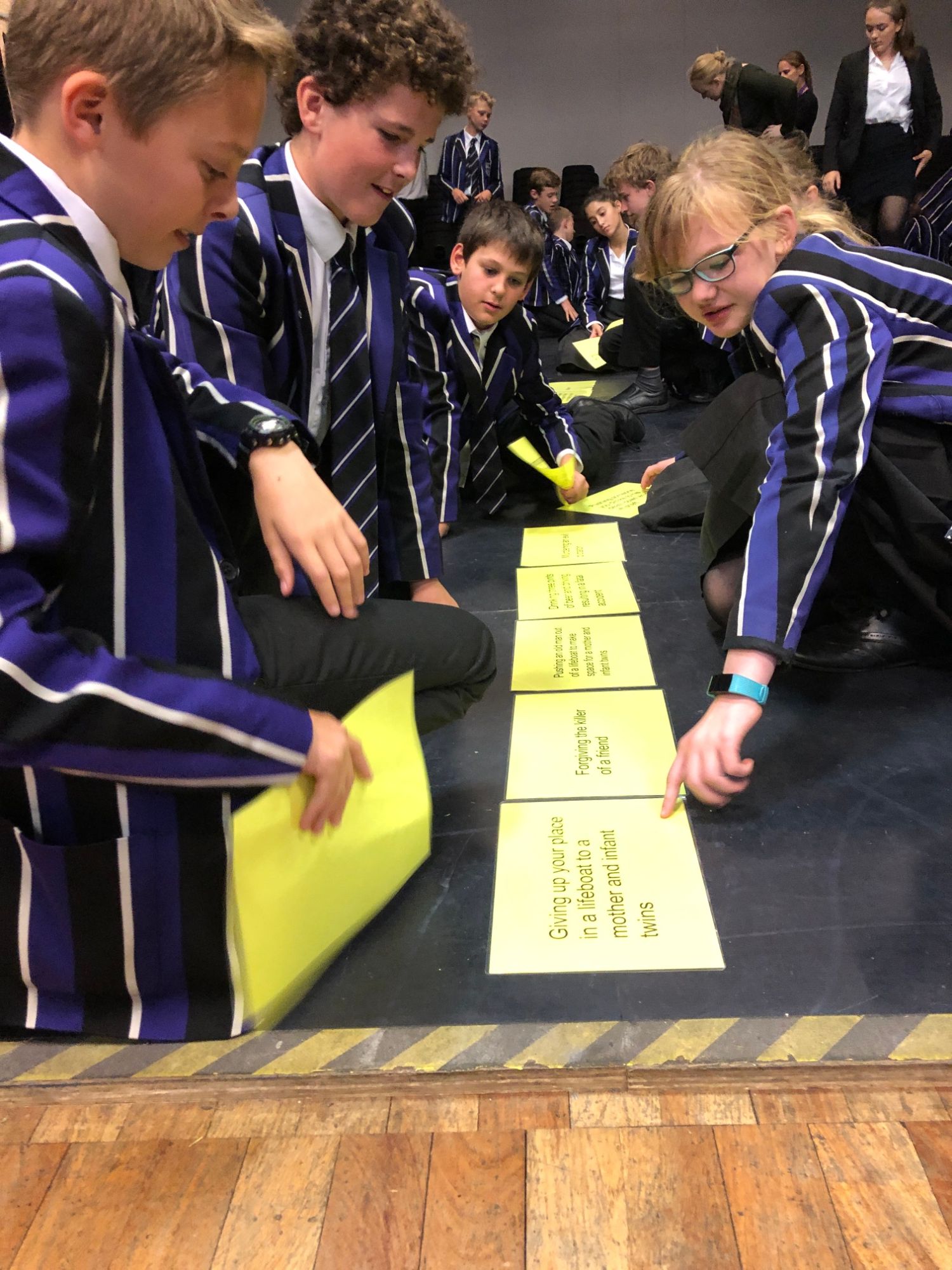 Second Form pupils deepened their thinking by tackling tough ethical questions from politics to metaphysics in a special Philosophy workshop today, led by Jason Buckley, from the Philosophical Association of SAPERE.

The 12- and 13-year-olds took part in an Evilometer, to ponder what they can know for certain (and whether they can be certain about that) and also enjoyed an Argumentag Wrestling tournament. Over the course of this fast-paced debating game, pupils were encouraged to acquire tactics of logic, body language, rhetoric and imagination to win victory for their team, as they worked together to 'tag' each other in and build on their arguments.

Head of Philosophy, Religion and Ethics Mrs Catherine Thomas said: “Our Second Formers rose to the challenge and enjoyed some lively debates. The workshop got them thinking and questioning different points of view; a vital life skill for the digital age.”

Today’s workshop was part of our annual programme of Senior School Field Weekend activities, which take place in early October. This year’s events include: