Students impress with their public speaking and diplomatic skills. 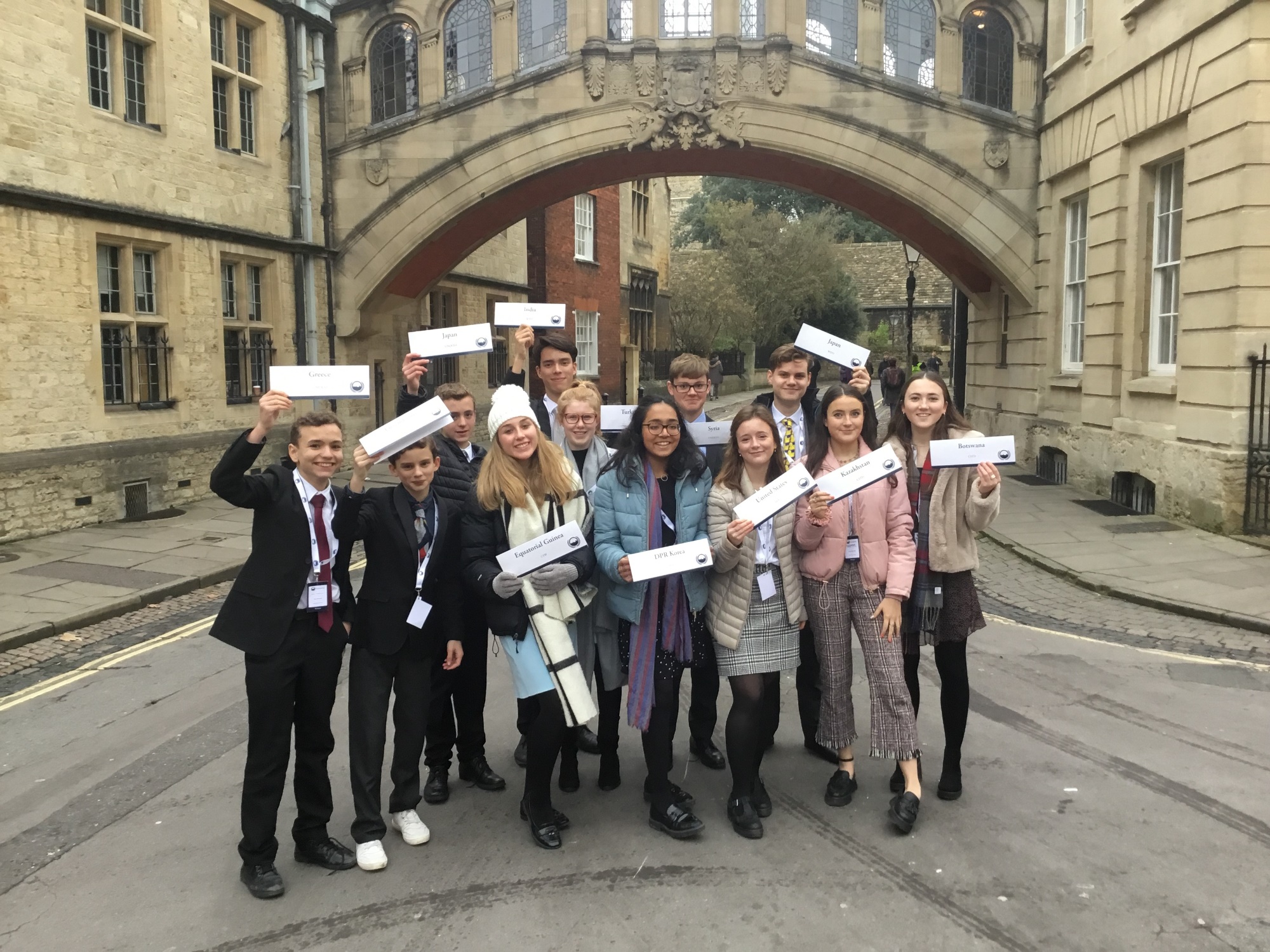 Senior School debaters impressed with both their public speaking and diplomatic skills at the Oxford University Global Model United Nations Competition (15-17 November). 12 students participated in the event, which involved around 750 students and schools from 19 different countries including the UK, India, Saudi Arabia, Canada and Egypt.

The aim of the competition was for team members to research and represent the viewpoints of different countries whilst debating controversial international issues. Aryaki (North Korea) and Alice (USA) debated the future of Antarctica; Alex W (Luxembourg) and Alex J (Japan) debated space policy; while Sam represented Syria and Chris, Greece, in the UNESCO committee.

In the closing ceremony at the Sheldonian Theatre, we were delighted to learn that Charlotte won the award for best position paper linked to her preparatory research, Anna secured an honourable mention as one of top five delegates in her committee, and Alicia won the award for Outstanding delegate - an absolutely superb achievement.

Mr Joseph Newsam, who together with Mrs Alison Bates coordinates debating at our school, said: The weekend proved to be jam-packed, from the Opening ceremony in the Oxford Union on Friday to nine hours of intense debate on Saturday. All Kimbolton students proved excellent ambassadors for both the school and their particular country.