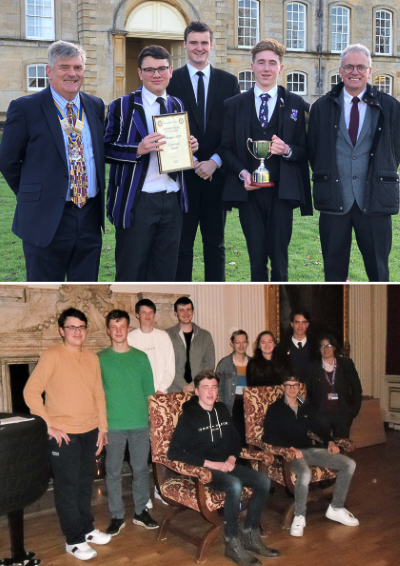 Captain Matthew Smith, along with Patrick Choy Winters, Charlie Evans, Ben Hallam, Ciane Hilborn, Joe and Benny Moerman, Laurence Turvey and Charlotte Wright, held their nerve in a nail-biting finish - narrowly beating Hinchingbrooke School and Longsands Academy to reclaim the ‘Top of the Form’ cup which Kimbolton previously held in 2016 and 2017. The students correctly answered 181 out of a total of 195 questions, securing victory by 6 points.

Each team was quizzed by a Rotarian in their own school, simultaneously, with round-by-round scores rung into a central scorer.

Mr Martin said: “This year was a tough challenge with a broad range of questions on everything from Catherine The Great to Swedish environmentalists via American baseball. Well done to everyone who took part, what a great display of general knowledge! We look forward to challenging all our schools again next year.”