Our Lower Sixth Form scientists shared their ideas on a range of scientifically interesting topics with the wider school community yesterday in our annual science showcase. 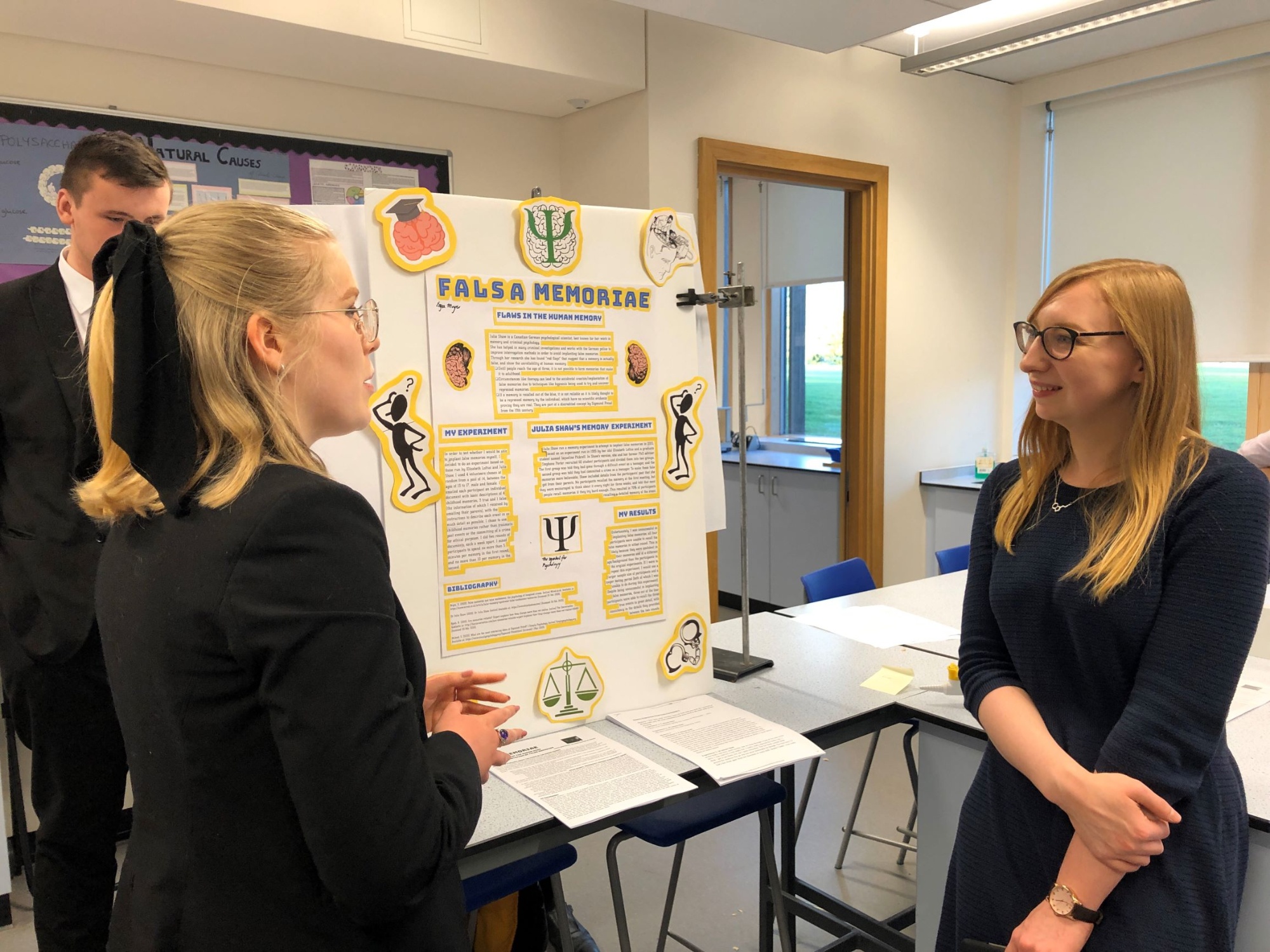 Lower Sixth Form Biologists, Chemists and Physicists presented their individual research projects in poster form at our annual science showcase yesterday. The event was a highlight of the Kimbolton ‘7th Period Super Curriculum’, in which students are given one lesson a week to carry out an independent research project in an area that has captured their imagination. Many of this year’s projects involved more in-depth laboratory work than is possible during the A level curriculum.

The event is an opportunity for students to share their ideas with the wider school community, including pupils from other years, parents and staff. Among the huge range of scientifically interesting topics on display were studies on 'Canine Convulsions and Seizure Solutions', 'Dark Matter', 'Galvanism', 'Comparing Interactions of Chalcogen Hydrides within Amino Acid Derivatives', Falsa Memoriae' and 'Non-Invasive Scar Revisions'.

The students presented their projects in a poster conference-style showcase, during which the projects were judged by science teachers in order to shortlist the best 14 projects, whose authors will be invited to present their work as part of the Cambridge Science Festival later in March.

Chemistry teacher and showcase organiser Ms Moira Cox said, "This showcase is an invaluable opportunity for students to develop their science communication skills beyond what would be possible during normal A level lessons. The students have demonstrated creativity and passion in their choice of topics, resulting in some extremely high-standard projects that extend into University-level knowledge. It has been rewarding to see students showing such genuine enthusiasm for science!"

More about Sciences at Kimbolton