Tom Pursglove MP shares his political journey and philosophy with members of our Politics Society. 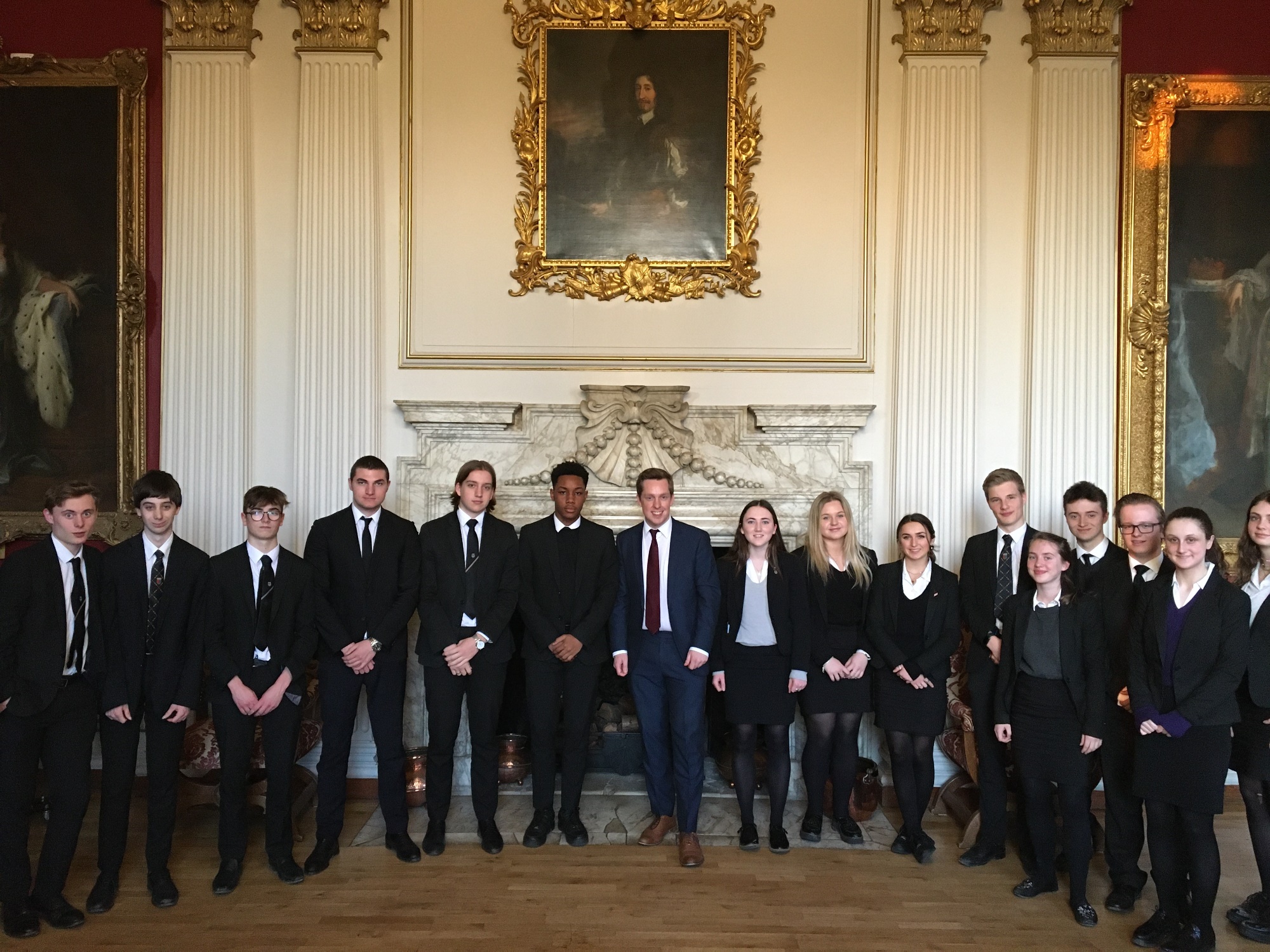 The Politics Society welcomed Tom Pursglove, MP for Corby, to Kimbolton on Friday. Mr Pursglove, now on the government benches as a Home Office whip, shared his own political journey and philosophy before answering questions from pupils, ranging from the environment and civil service relations to Sajid Javid’s resignation. All in all, a fascinating insight into the work of an MP, Parliament and Government.

Our active Politics Society is open to all year groups.  Each term there is a programme of meetings, many student-led.  Recent topics for discussion have included the works of Nietzsche and Plato, the ethics of war and the death penalty. Previous visiting speakers have included Sir John Major KG CH, broadcaster and journalist Mr Jeremy Paxman, Lord Butler of Brockwell (the former Cabinet Secretary to Thatcher, Major and Blair), from political news Matthew Parris, Michael Crick, Michael Cockerell and Sally Lockwood, as well as Mary Coughlan (former Deputy Premier of ROI).