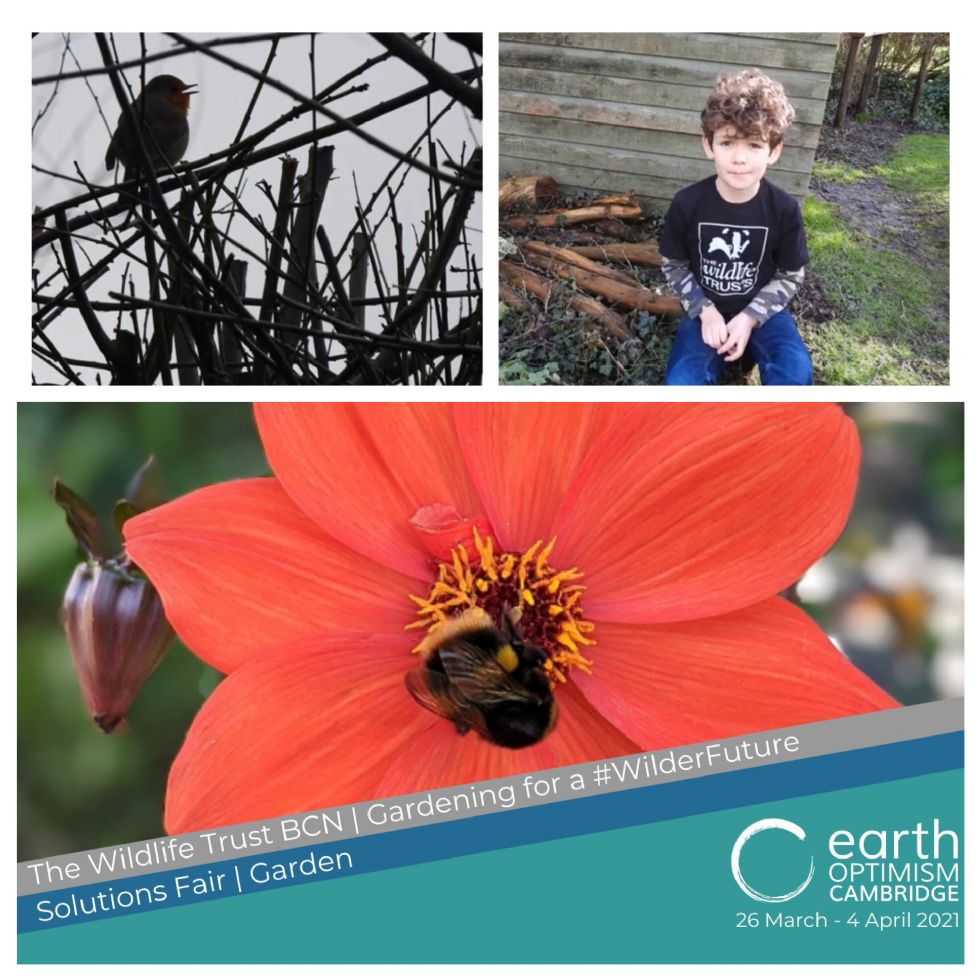 A wildlife film made by Year 3 pupil Henry launches today as part of Earth Optimism Cambridge, taking place online in conjunction with the Cambridge Festival between 26 March and 4 April. Henry was asked to make the video by The Wildlife Trust for Beds, Cambs & Northants, following his recent appointment as their first Junior Wildlife Ambassador. His film, ‘Gardening for a #WilderFuture’, offers simple tips for making your outside space, no matter the size, better for wildlife. It features in the ‘Solutions Fair’ - a dynamic series of digital activities for all ages, providing information about the choices we can each make in our lives to take positive actions for the planet.

At just seven years old, Henry’s fun lockdown project has grown into his own YouTube Channel, Naturetastic with Henry, and with the help of his dad has produced a brilliant series of wildlife clips on a wide range of subjects. The aspiring young presenter's first video was made for Let's Go Live with Maddie and Greg and subsequently showcased in their 'Over to You' episode. Henry, who is thrilled to be involved in the Earth Optimism event, says: “I love nature and I enjoy exploring the natural world around East Anglia and beyond, looking for interesting animals and facts and stories about them!”

Earth Optimism is a worldwide movement aimed at fundamentally shifting how we frame the environmental narrative, from one of doom and gloom to one focused on solutions and success. The Cambridge event is one of five taking place globally over the next ten days (the others are in Washington DC, Nairobi, Sydney and Rio). Other highlights of the Cambridge event include ‘Stories of Hope’ from Sir David Attenborough, Steve Backshall, Liz Bonnin, Chris Packham, and many others, as well as a 'Film Festival’ of five new conservation-focused documentaries.

Kimbolton Prep School Headmaster Mr Phil Foley said: “Since joining in Reception, Henry has impressed us all with his zest for learning. He has always had a passion for the environment and the wider world around him, from the youngest age. It is a wonderful achievement for Henry to be chosen to present on such an important topic. During lockdown, his presenting skills were evident in the videos he recorded in response to his day-to-day lessons. He will relish the opportunity to speak to a global audience. He is a wonderful ambassador for The Wildlife Trust and for Kimbolton Prep too. We are all very proud of him!”