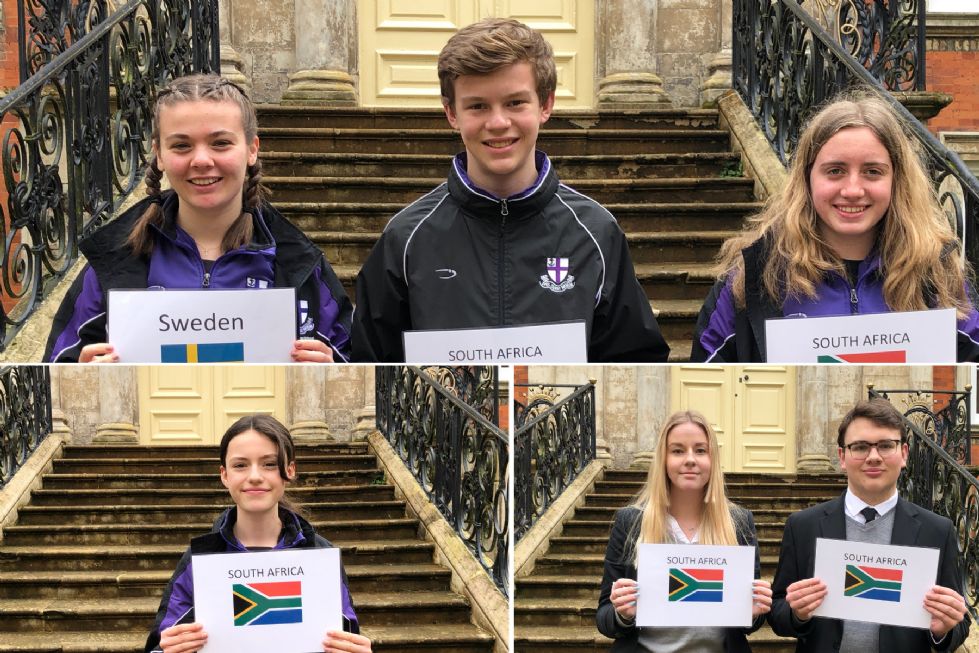 Twelve Kimbolton delegates scooped a record number of awards for our school at the twelfth annual Haberdashers’ Aske’s Boys’ School Model United Nations (HABSMUN), held this year on Zoom. Emily S, Mimi, Ben, Harriet, Harry and Caitlin (representing South Africa); Anna, Emily M, and Mariko (representing Sweden) and Trinity, Nathan and Alistair (representing Micronesia) competed against over 40 other teams and 350 students from across the UK. The event involved 12 hours of debate at the weekend (13-14 March), in committees of around 50 pupils on Saturday and then in a General Assembly involving all teams on Sunday.

In the Health Committee, issues of access to vaccines and women’s rights were debated. Anna (Sweden) and Alistair (Micronesia) were placed in the top 5 and secured Highly Commended awards, whilst Caitlin (South Africa) was named the Distinguished Delegate. In the Political Committee, Harry (South Africa), was also awarded the prestigious Distinguished Delegate accolade in debates on the Chagos islands and foreign misinformation.

Meanwhile the South African delegation achieved further success with Harriet awarded the Highly Commended delegate in the Committee on Refugees, and Ben also Highly Commended in the Crisis Committee - debating the relationship between Iran and the USA.  Finally, Emily rounded off a super competition for the team by securing the Distinguished Delegate award for her contributions to the Special Commission, which debated issues of freedom of speech and censorship. Overall, such consistent success for South Africa resulted in them receiving an extra Highly Commended Delegation award, placing them in the top 5 teams overall.

Debating Coordinator Mr Joseph Newsam said: “All pupils involved represented our school with distinction, and we achieved a fantastic set of results. In addition, I've heard that Sam and Ben have been selected for the 2021 National Session of the European Youth Parliament following their consistently excellent contributions over two days of debate at the end of February in the East of England EYP Forum. A superb achievement!”