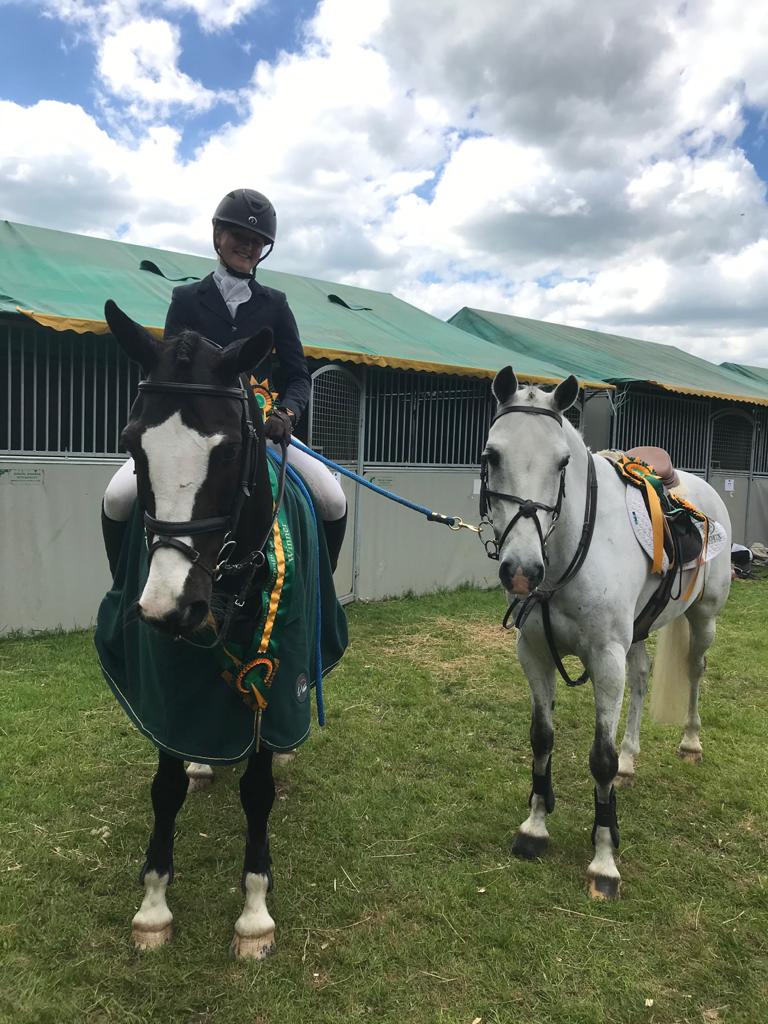 Congratulations to Fifth Form eventer Anna and Black Jacko, crowned British Pony Champions at Belsay Horse Trials this weekend (5 June). In a nail-biting final phase of the competition, less than one show jump separated the top 3 – but no one could knock Anna off the top spot. She also finished in 9th place on her other pony, Top of the Class.

The British Pony Championships is the pinnacle of the Pony Trials Series for riders aged 16 years and under riding ponies (14.0hh – 14.2hh).  It represents the toughest test for pony riders and is run as a long-format international competition over three days, to give potential GB Pony Team members vital experience for the European Pony Championships.

Anna, who joined Kimbolton in Reception and is currently studying for GCSES, is a keen all-round sportswoman. She has regularly represented School at NSEA showjumping and arena eventing competitions, as well playing A team Hockey and Netball – most recently leading Bayles to success in Middles House Hockey.

Over the years, she has enjoyed notable success with her two ponies, Black Jacko (Bobby) and Top of the Class (Toppa), finishing in the ribbons at the Horse of the Year Show, Burghley and the Royal International. She names Olympic medallist Chris Burton, one of the fastest cross-country riders in the world, as her biggest inspiration: “His horsemanship is second to none, he has a great bond with all of his horses and he is fantastic to watch.”

Anna’s national success follows hot on the hooves of her selection for the 2021 British Eventing Pony Development Squad. She is one of just 17 pony and rider combinations chosen this year to follow a training and competition programme designed to produce a team to represent Great Britain at the European Championships in Strzegom, Poland this August.