Our Senior School's fantastc production of Charles Dickens’ A Christmas Carol involved more than 100 pupils, both on stage and behind the scenes. 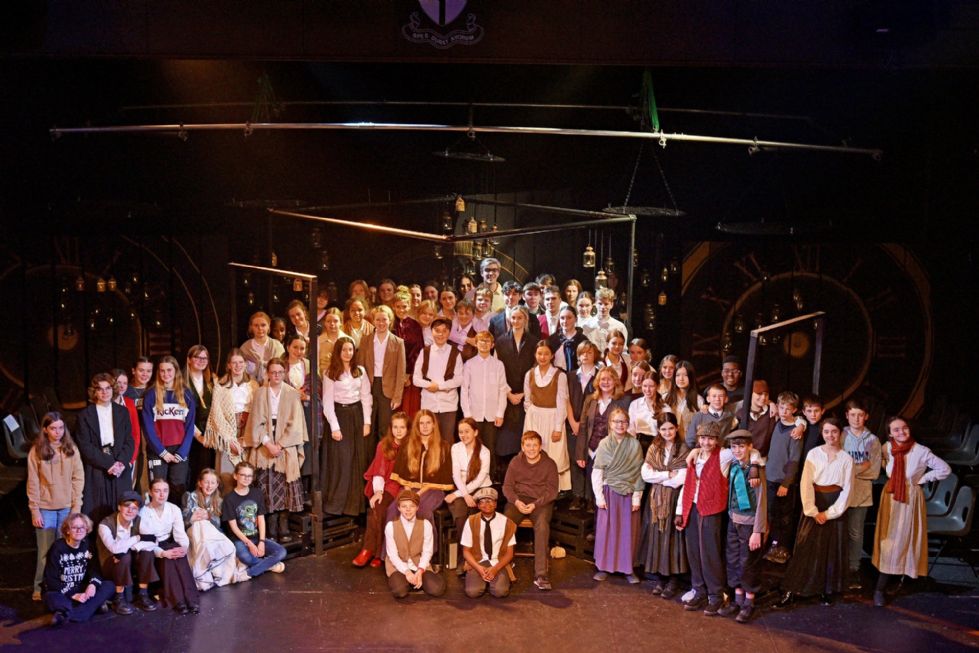 “A festive treat!” was the verdict of audiences at our Senior School's highly anticipated production of Charles Dickens’ A Christmas Carol, which took place over three nights in the run-up to the Christmas holidays. The adaptation of Dicken’s classic novella involved more than 100 pupils, both on stage and behind the scenes.

The show tells the cautionary, yet uplifting story of Ebenezer Scrooge, an unfeeling and acquisitive miser who transforms his ways after four ghostly visits in a single night of magic, awakening and reform.

Our production was set in Victorian times and focused on the themes of compassion, austerity, and reform. This was reflected in the choice of music and the pared-back set, inspired by the visual impact of the Old Vic’s current production with its creative use of props, costume, and lighting. We additionally built our own puppets to bring a bit of magic to the supernatural moments of the story.

Alistair, Fifth Form, took the lead with an outstanding performance as Ebenezer – his third School production and second time taking a major role. A keen musician, he ably coped with the challenges of the role as Scrooge is forced to face the error of his ways and seek redemption. Charlie (Bob Crachit and Marley’s Ghost) provided excellent support in his fourth casting in a School production. Mention must also be made of Kiitan (Bob Cratchit Jr), Isobel (Belle), James (Nichols), and the incredible energy of the supporting ensemble cast.

Ms Naomi Akielan, Head of Drama, said: “There is a huge pool of acting, singing and design talent amongst our pupils, which was certainly showcased in this production. Congratulations to everyone involved and a huge thank you to our School community for the dedication shown in the preparations for this performance. We hope everyone can now begin the festive season with Christmas in their heart!”