A busy day for our 4th-U6th Form CCF, while our 1st to 3rd Forms enjoy activities and trips to complement their academic studies. 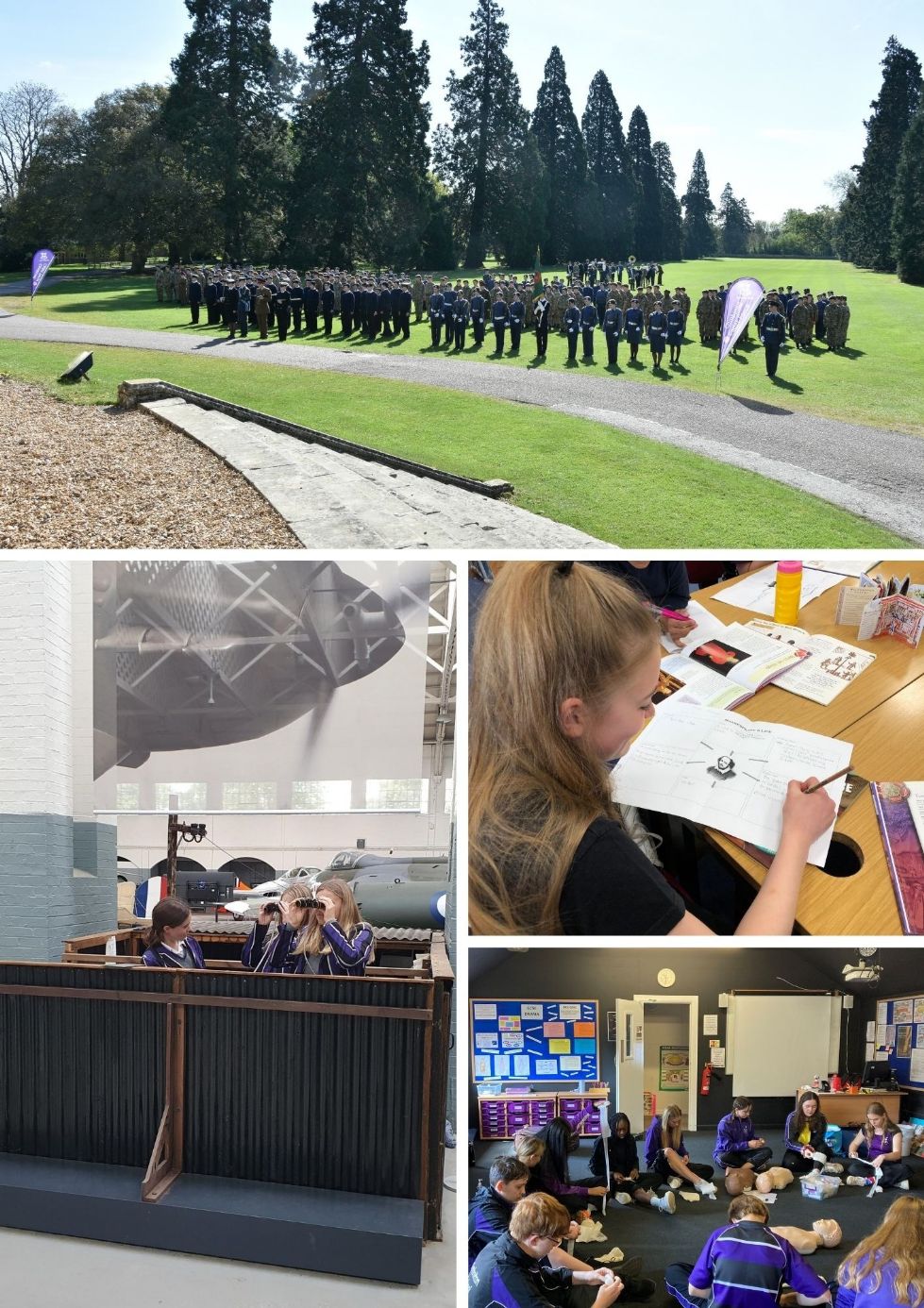 Today's Annual General Inspection of our 4th-U6th Form Combined Cadet Force (CCF) started with an impressive parade and march-past, and continued with Army, RAF and Navy training activities in the School grounds. The day concluded with a final send-off for our Upper Sixth cadets. Meanwhile, members of our Community Service Unit undertook a first aid course, before heading out to their usual volunteer placements.

Elsewhere In School, our First Form enjoyed “Stepping into Shakespeare” - a day of creative workshops on this term's studied play, 'A Midsummer Night's Dream'. A West End theatre company hosted an interactive drama session, while staff from our English, Drama and Art departments led activities on topics including performance, multimedia, Elizabethan theatre, publicity, and language. The day culminated in a performance of the play with every pupil taking part.

The Second Form headed out on a Biology trip to Whipsnade Zoo, where pupils had the opportunity to explore animal adaptations and also to become more familiar with the conservation functions of such establishments in the twenty-first century.

Finally, our History Department took the Third Form on a visit to the Imperial War Museum, Duxford and the Cambridge American Cemetery at Madingley, to complement their current studies of the First and Second World Wars. Duxford is Europe’s largest air museum, housing exhibits on the Battle of Britain and American aircraft. The visit to the Cambridge American Cemetery and Memorial at Madingley is a tribute to the American personnel who were stationed in the East of England during the Second World War. Kimbolton village has close links with US Air Force personnel, having played host to squadrons from 1942 to 1945.