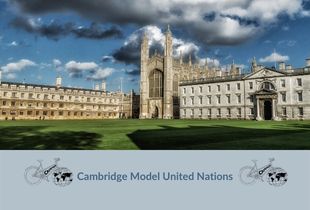 Five Kimbolton pupils represented the school in the Cambridge online international Model United Nations competition (3-4 December) on the theme of “Tackling polarisation and estrangement in an already divided world” - and delivered an amazing set of results.

Harriet and Joe were commended representing the USA and Australia in debates about drug trafficking and refugees. Further success was enjoyed by Georgie and Claudia , as both were presented with the ‘best new delegate’ award in their respective committees representing South Korea and Syria. Pride of place though goes to Harry, who received a prestigious ‘distinguished delegate’ award for playing the part of Czechoslovakia in the 1930s, debating the Spanish Civil War.

Debating Coordinator Mr Joseph Newsam said: "All five pupils undertook a significant amount of research, debated with panache over the weekend and should be congratulated on this super result."