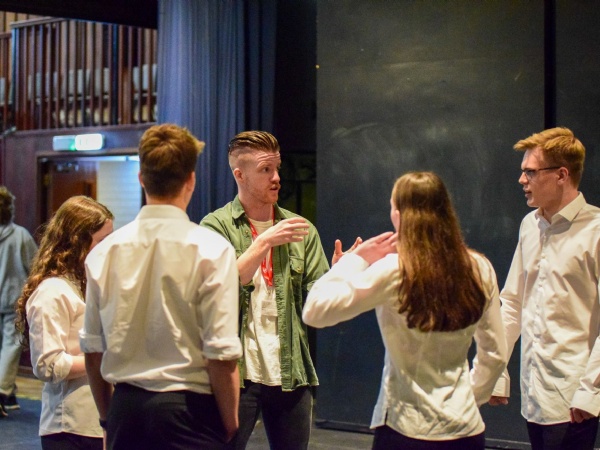 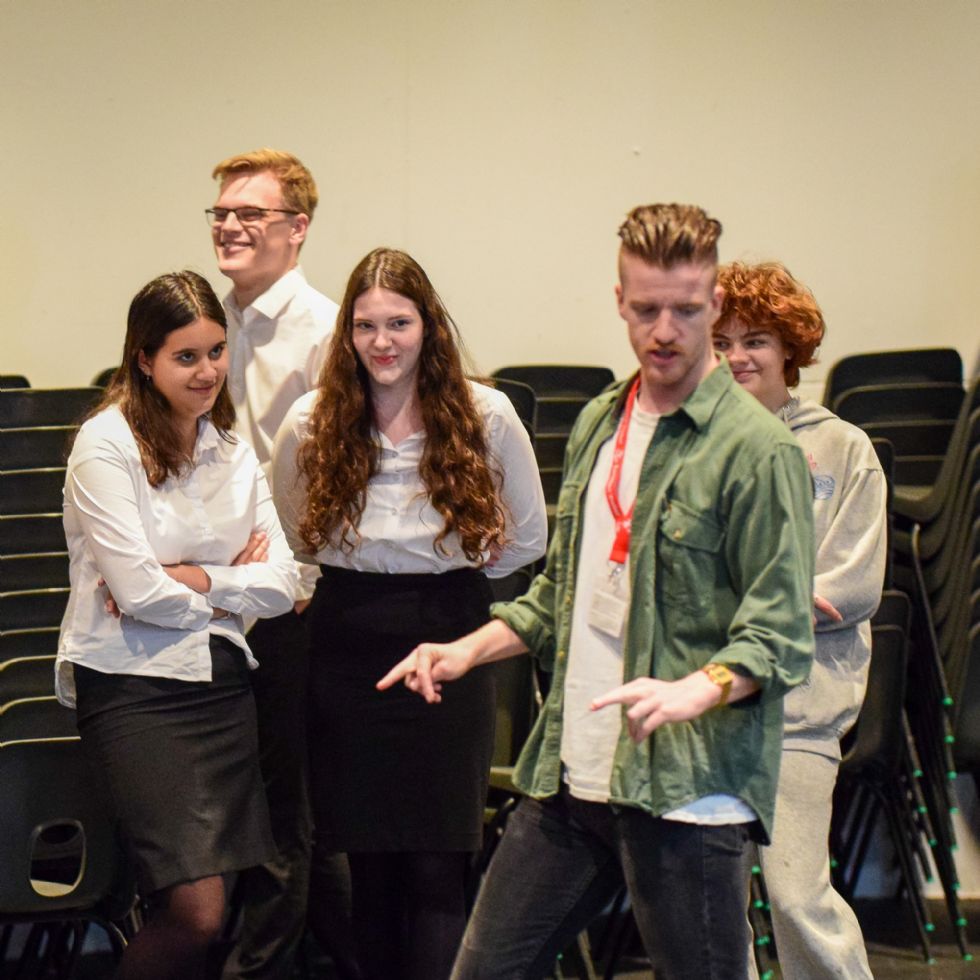 Sixth Form Drama students enjoyed an inspiring two-hour workshop with talented actor Kieran Mortell this week. As part of their A Level Devising Theatre module, the students must create a piece of live theatre - and this was an unmissable opportunity to learn from one of the best in the business.

Kieran currently plays Arthur Shelby in Peaky Blinders: The Rise, a theatrical show that places audiences at the heart of one of the world’s most popular TV series. The London-based star trained at the Royal Central School of Speech and Drama and his many theatre credits include Madagascar! The Musical, The Comedy About a Bank Robbery; Much Ado About Nothing and Othello.

As well as guiding the students in a series of fun and challenging theatre exercises, Kieran also hosted a lively question and answer session, on topics ranging from Drama school and working in a professional theatre company, to the successful creation of an immersive show.

Drama teacher and workshop organiser Mrs Stephanie Lace said: "Immersive theatre is one of the most rapidly growing theatre styles in the UK, so it is really important that our students got the opportunity to explore this exciting genre. It was a real privilege to have Kieran working with our students. He is a dynamic, innovative practitioner who helped to challenge and inspire our students to gain a real insight into what it takes to make immersive theatre effective and engaging for an audience."