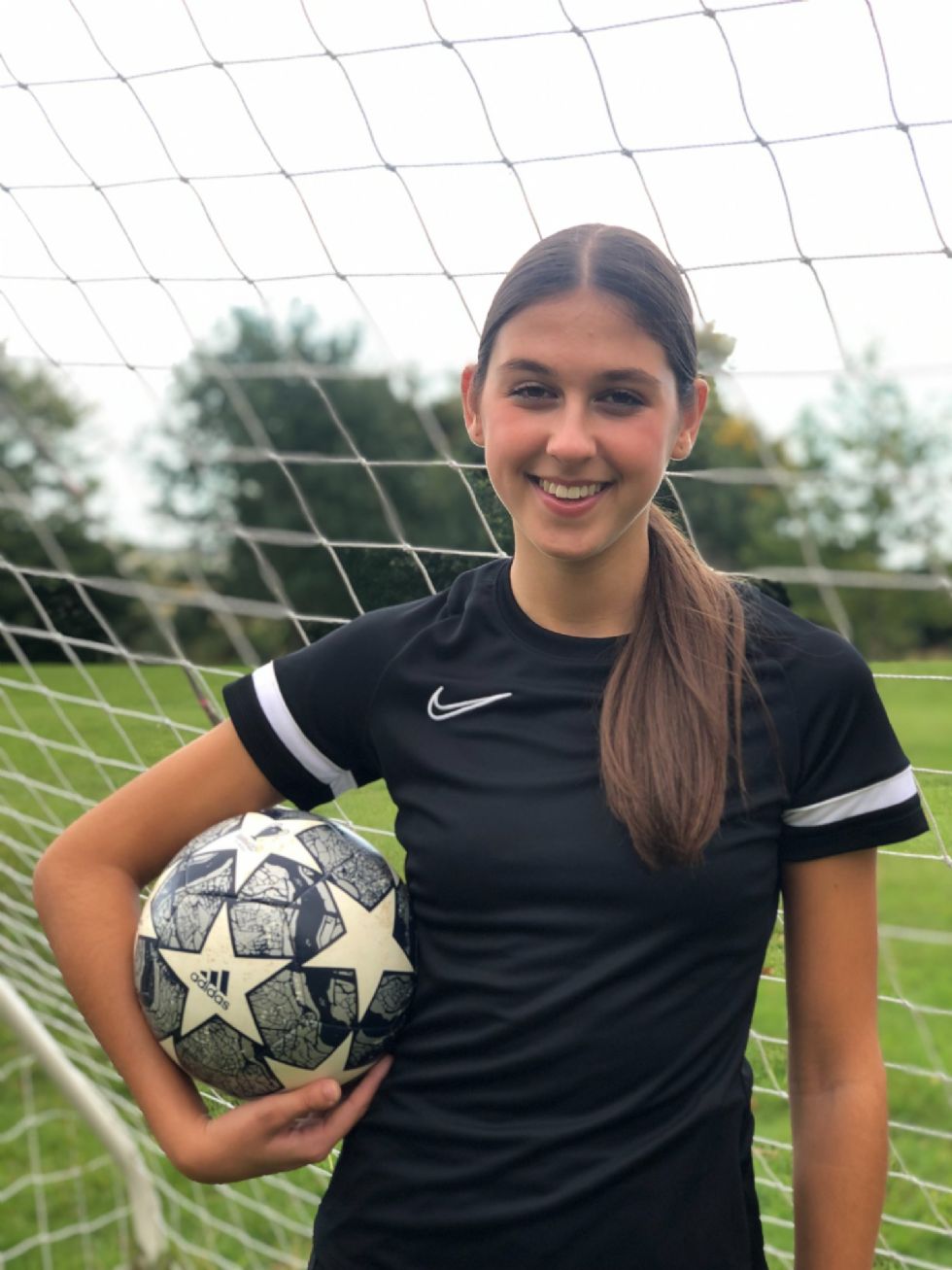 Kimbolton Fourth Former Bronte is eyeing up a footballing future after being selected for a new Emerging Talent Centre (ETC), which could see her become a future Lioness. Bronte, who has been playing football for four years, is the first Kimbolton girl to be picked for the under 16s squad in the ETC at Peterborough United Football Club, despite being only 14.

She will now benefit from two hours of professional Football Association (FA) coaching a week, access to the gym where Peterborough United teams train, and nutritional advice and psychological support as needed. Bronte and her team-can look forward to playing matches against other ETCs across the country, as well as against boys’ teams. The ETC feeds directly into Peterborough Women’s first team and there are England camps for those identified as the most promising.

Bronte, who plays in fullback or centreback defensive positions for Thrapston Under 16 girls, and Kettering Under 15 girls, successfully balances her training with her GCSE studies and in-school sporting commitments. She currently captains our girls’ hockey B team and represents Kimbolton in both netball and cricket.

She said: “I am really proud to have been picked for Peterborough Under 16s ETC and I’m really looking forward to the season ahead. They are a great bunch of girls and we have fantastic coaches and facilities to take advantage of.”

Peterborough United women’s general manager Mr Bobby Copping said: “The aim is to produce as much homegrown talent as possible and ultimately to give girls in the local community a chance of getting a contract and having a career as a professional footballer.”

Kimbolton School’s professional football coach Mr Chris Hope added: “Bronte has a fantastic attitude towards her football and sport in general, and has certainly earned this opportunity. She is a talented footballer but very level-headed. I’m sure she is aware that there is a lot of hard work in front of her, but I am convinced she will rise to the challenge and be a real inspiration to others at Kimbolton.”

There is a growing passion for girls’ football at Kimbolton, especially after the Lionesses success in the Euros this summer. It is quickly becoming a popular part of the curriculum at Kimbolton Prep, with a couple of fixtures already played this term. We also have a girls’ football club at the Senior School, run by Mr Creag Lawrence, Director of Sport, with teams due to compete in ISFA girls’ football tournaments next year.