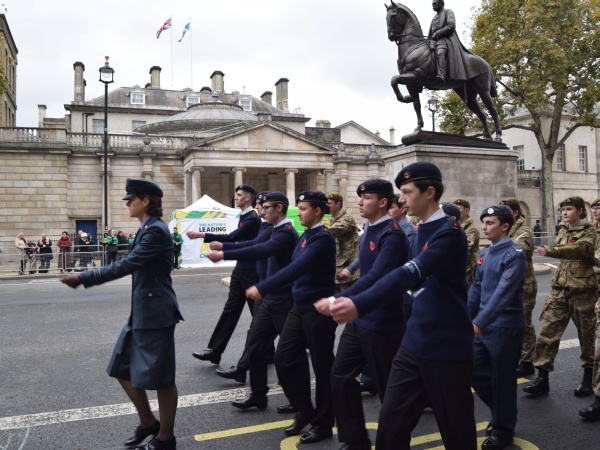 Once-in-a-lifetime honour as our cadets join the Royal British Legion's Acts of Remembrance in London.

Thirty Kimbolton School CCF cadets (including cadets from St Peter’s School) from Fourth Form to the Upper Sixth represented all Combined Cadet Forces across the country in London at the weekend, in support of the Royal British Legion's Acts of Remembrance - a once-in-a-lifetime honour. Fifteen cadets were involved with the Festival of Remembrance at the Royal Albert Hall on Saturday, and then the other 15 paraded past the Cenotaph on Sunday in front of the Royal Family, political leaders, current and ex-members of the Armed Forces and World War veterans.

In Kimbolton village, we also commemorated The Fallen as the School's CCF, along with village youth groups, supported the Kimbolton Branch of the Royal British Legion in its annual parade and Act of Remembrance along the High Street and at St Andrew's church.

Congratulations to all the cadets on their commitment and representation of both Kimbolton and the CCF.