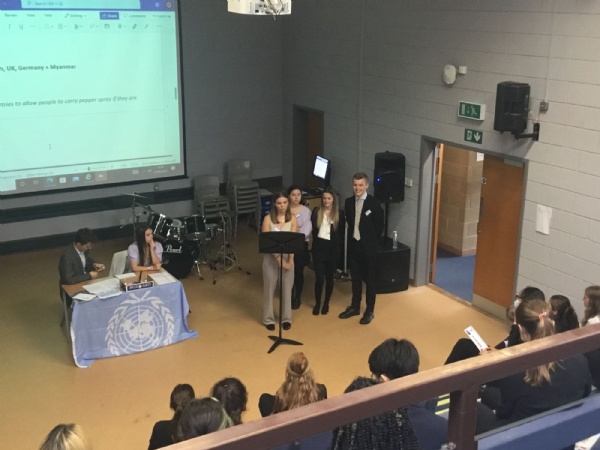 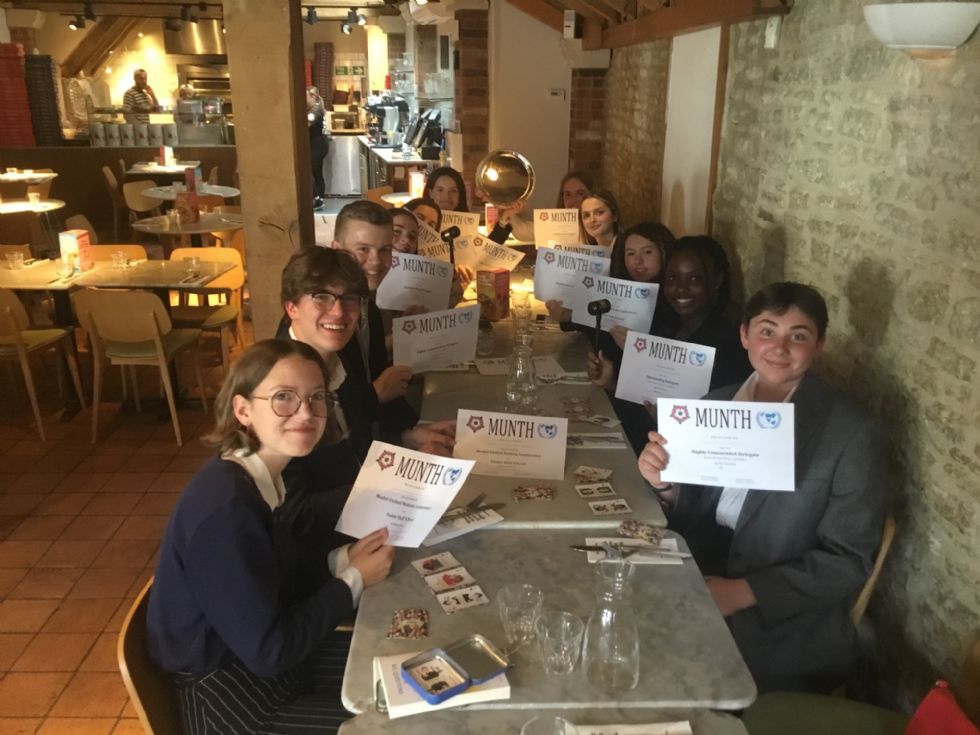 The morning was spent in committees, with debates on a range of issues including sustainable transport, de-extinction, prisoners’ rights and self-defence, whilst countries came together in the afternoon to respond to an unseen crisis. In an impressive turn of events, Kimbolton pupils swept the board. Molly, in her first MUN, was commended (a top 5 ranking) in her committee; Tawana won her committee, with Emma picking up a commended award; Alistair won his committee, with Tom as the runner-up; whilst Caitlin won her committee too!

Our 5th Form pupils participated in a competitive senior committee, with Anna declared the winner, Harry the runner-up, and with top 5 placings for Harriet and Mariko too! Unsurprisingly, Kimbolton went onto win the prestigious overall team award, won by the Afghanistan delegation of Molly, Harriet and Alistair.

Kimbolton Debating coordinators Mr Newsam and Mrs Bates would like to congratulate the whole team on such an outstanding performance!