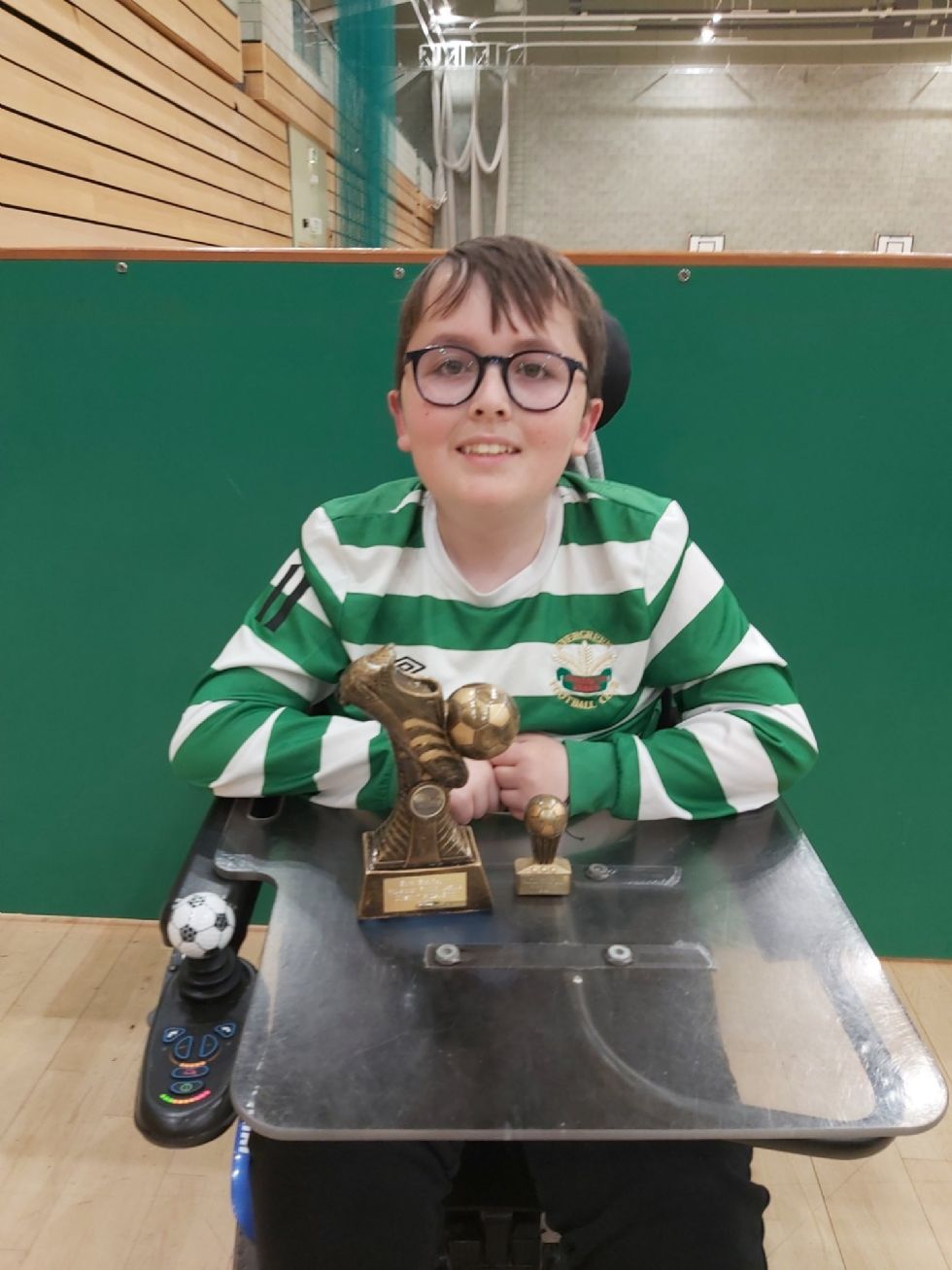 Talented wheelchair footballer Dan has capped an exciting first season in the Muscular Dystrophy UK Premiership with the Young Player of the Season Award.

The Second Former, who plays in the winger/centre position, contributed 14 goals across the 2021/22 campaign. His team, Aspire PFC, who are based in St Albans, finished regional champions and runners-up nationally. Dan also scooped a Golden Boot award as his team’s top scorer.

The Premiership is the top level of the English Powerchair Football league pyramid. Contested by 12 clubs, each team plays 22 matches (playing all 11 other teams twice) over five weekends from September to June. Powerchair football is played in specially designed electric wheelchairs with bumpers for hitting the larger ball.

Dan joined Aspire in July 2021 and uses a Strikeforce chair. He combines his School studies with five hours of sports training a week and is a keen student of the game, always analysing match footage to improve his skills. His father, Mr James Mclellan, said: “Dan has worked so incredibly hard on his game and is now competing against world-class players."

Dan has recently been invited to join the England U18 talent pathway squad. His dream is to one day represent England at the Powerchair Football World Cup – watch this space!