Young conservationist commended for his work in raising awareness of environmental issues. 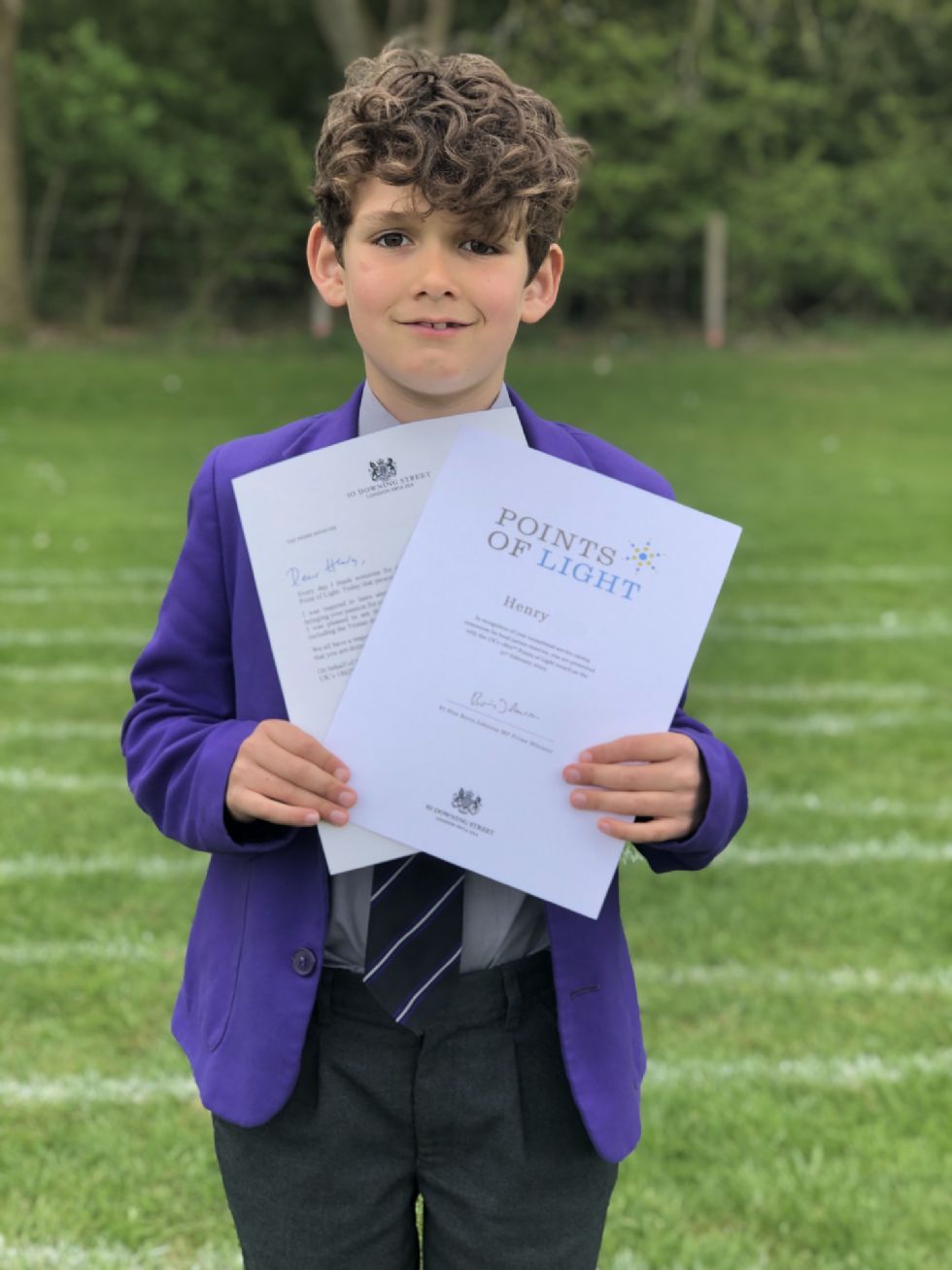 Young conservationist Henry, aged 8, has been given a Points of Light award by Prime Minister Boris Johnson. The award recognises outstanding individual volunteers across the UK, of all ages, who are making a positive difference in their community.

Henry, a Year 4 pupil at Kimbolton Prep, has always loved nature and lists Science and Geography as his favourite subjects. As the Junior Ambassador for the Wildlife Trust for Bedfordshire, Cambridgeshire and Northamptonshire, he helps encourage and inspire other Kimbolton pupils and East Anglian youngsters to look after their local environment. He recently raised the most money nationally (£775) for the charity’s #BigWildWalk, completing sponsored walks totalling 30km across the three counties in support of the Trusts' mission to restore at least 30% of land and sea for nature by 2030.

In addition, Henry's YouTube Channel, ‘Naturetastic with Henry’ - produced with the help of his dad - has thousands of viewers and features wildlife clips on a wide range of subjects, including “ideas for how you can help wildlife in your garden.” He also uses his channel to champion global conservation projects, such as the Tristan de Cunha Marine Protection Zone - one of the world’s most pristine marine environments. As a result, he has been invited to a celebration of the project at the Houses of Parliament later this year. Henry says he’s looking forward to “learning more about marine wildlife and maybe seeing Boris Johnson.”

Henry is the 1862nd person in the UK to be recognised with a Points of Light award. He said: “I’m very proud, honoured and amazed to receive this award. There are lots of volunteers across the whole of the Wildlife Trusts, and I’m glad to be one of them. We must keep protecting the environment and our wildlife.”