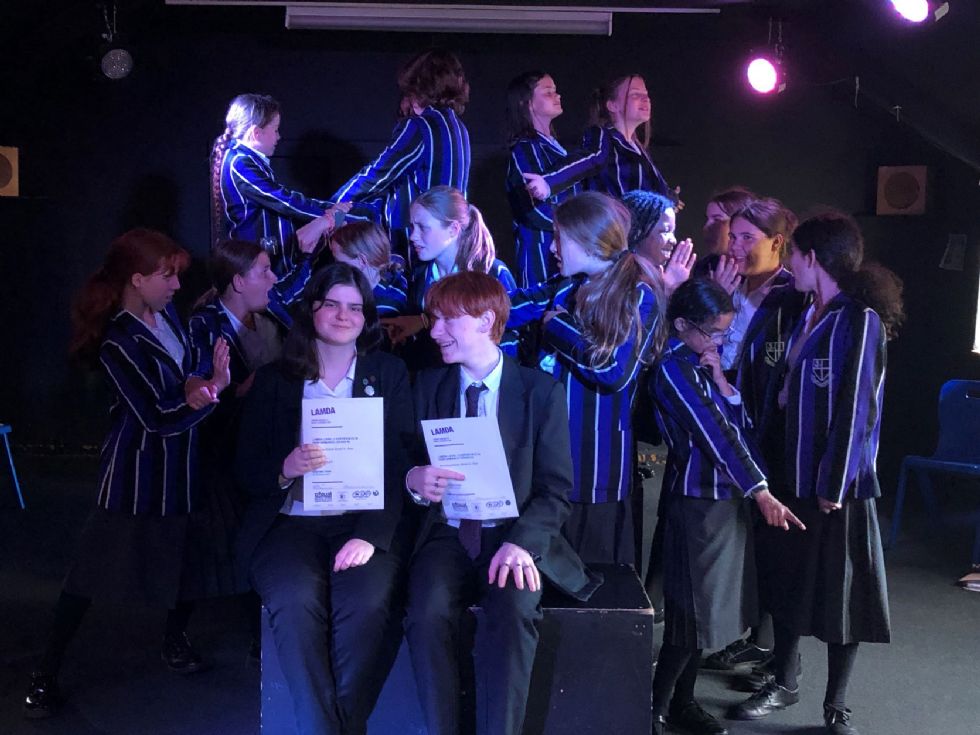 Congratulations to Sixth Formers Kira and Ellis, who achieved an incredible 100% in their recent LAMDA (London Academy of Music & Dramatic Art) Grade 8 Devising exam. They put in an exceptional performance to achieve full marks at the highest grade. The talented students devised two scenes based on stimulus from LAMDA. After presenting these to the examiner they then were given one minute to improvise a third scene during the examination.

LAMDA teacher Mrs Beau Roberts said: “Grade 8 devising is a difficult exam requiring commitment to character, great scene structure, interesting storyline, focus and interpretation of the stimulus. Kira and Ellis shone both during the devising process and on the examination day. The examiner was incredibly impressed with their performance and scene structure. 100% is a very rare mark and is reflective of their hard work and commitment to the LAMDA course over the years.”

Our Fourth Form GCSE Drama students performed their devised exam pieces last Friday, and also did brilliantly, showcasing work they have created themselves over the past few months. The Lower Sixth students are looking forward to their performance later in June. Meanwhile many of our First to Third Form pupils will be taking part in the Junior School production of Willy Russell's Our Day Out on Thursday 23rd and Friday 24th June. Tickets will be available next half-term via ticketsource.co.uk/Kimbolton.