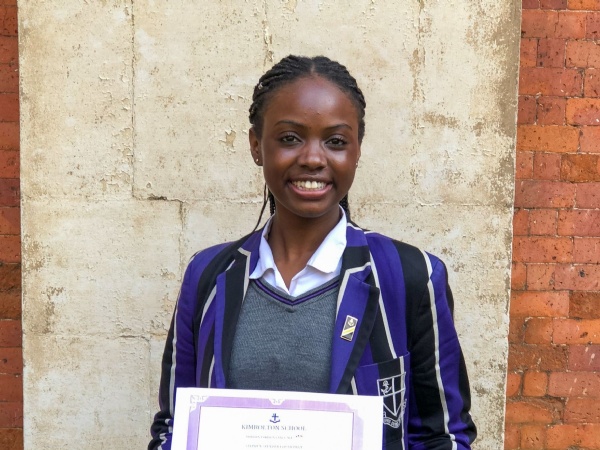 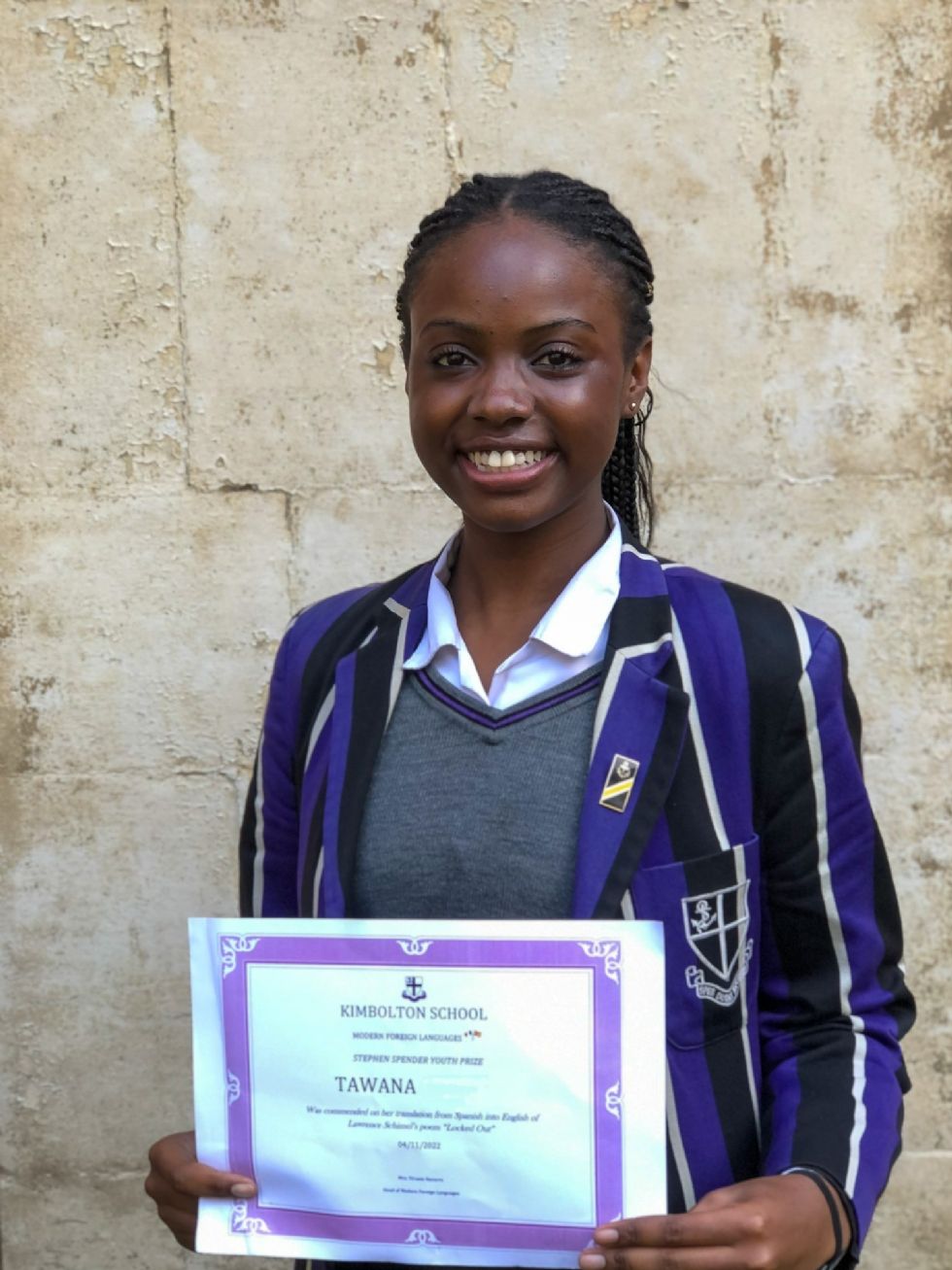 GCSE pupil Tawana has been commended on her translation of a poem entitled "Locked out", written in Spanish by poet Lawrence Schimel, an American (albeit one who has lived in Spain for over two decades) writing in his second language.

Tawana's poem was one of the translations submitted by our Fourth Form pupils to the Stephen Spender Prize competition in June. This is a prestigious national translation prize in the world of Modern Foreign Languages, with many schools taking part across the UK.

While Tawana narrowly missed winning the top prize in her 16-and-under category, given the number of commendees in her age group and language she is in the top 10 in the UK. The names of all commendees will appear in this year’s Stephen Spender Prize booklet, and online.

Congratulations to Tawana, who received her certificate in assembly this week.