The whole school celebrated Kimbolton’s Day of Languages this week, with pupils enjoying a packed programme of linguistic and cultural activities. 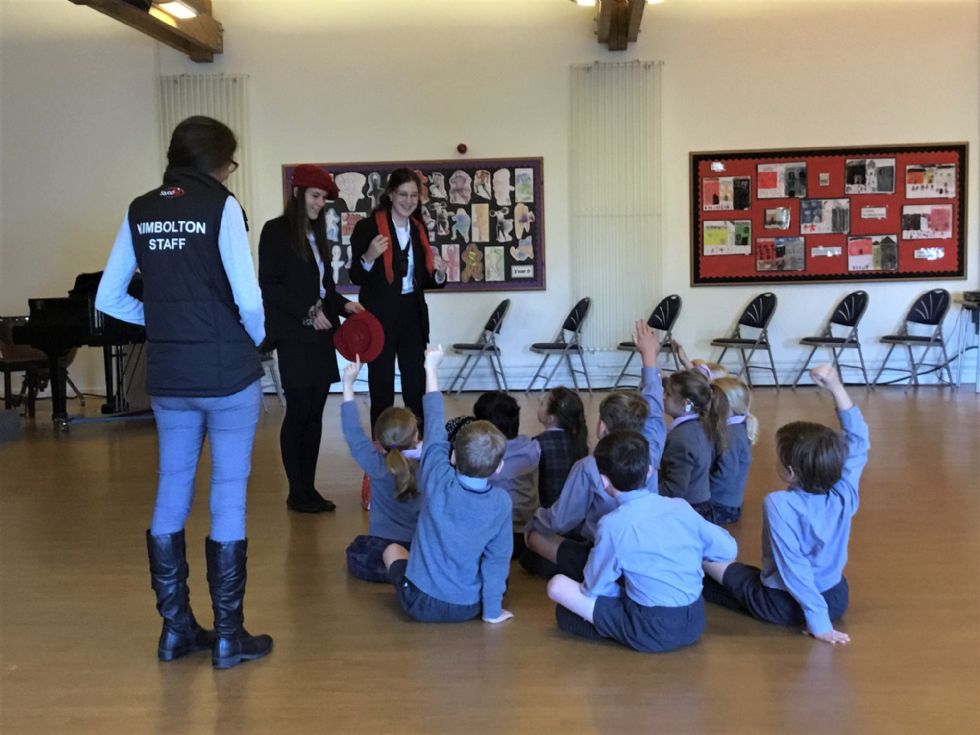 The whole school celebrated Kimbolton’s Day of Languages this week, with pupils enjoying a packed programme of linguistic and cultural activities - as well as a delicious international lunch with highlights including paella, bratwurst, albondigas, and churros.

For the Upper Prep, a highlight of the day was the ‘Cultural Catwalk’ inter-House competition, in which children from each House represented a Spanish-speaking country. Points were awarded for creativity, presentation, music - and enthusiasm! Pupils also enjoyed a quiz featuring staff representing each of the 21 countries where Spanish is spoken, and watched the Spanish version of Coco, an animated film set in Mexico.

At the Lower Prep, Year 2 enjoyed a carousel of French and Spanish activities led by our A Level language students. Pupils’ parents with different mother tongues also visited the classrooms to share their culture and language with the children. Everyone liked the mid-morning snack of croissants and watching the film, ‘Ferdinand’!

Meanwhile, activities at the Senior School included a special assembly led by Upper Sixth linguists, an international bake off and cake sale, a Third form languages quiz, an Ingrams Hyeroglyphics decoding activity, a Duolingo Challenge for the whole school and tutor time languages quiz. There was also a dedicated modern foreign languages book display in the Vanbrugh Library.

Our Languages Day was inspired by a Council of Europe initiative, the “European Day of Languages”, which has been celebrated every year since 2001. The main message of that event is that language skills are a necessity and a right for everyone, young and old, opening up opportunities and helping us to understand each other better.

Mme Elizabeth Bonnaud, Modern Foreign Languages teacher at Kimbolton Prep, said: "The buzz that runs through the school on Languages Day is fantastic! The enthusiasm generated by all of the cultural and linguistic activities lasts way beyond the day itself, and we hope will inspire our children to enjoy languages throughout their lives.”

Mrs Marta Viruete Navarro, Head of Modern Foreign Languages at Kimbolton, said: "Our aim is to raise awareness of the importance of lifelong language learning for all our pupils. To this end, we celebrate annually our Day of Languages so that all languages are included, not only European. Our assembly was led by our Sixth Form MFL students and brought together the whole community so that staff and pupils alike could celebrate our diversity. The assembly was introduced in Spanish and French with translations projected at the back, which generated a very positive reaction from the whole community while they wondered if the full Assembly was going to be in a foreign language!"