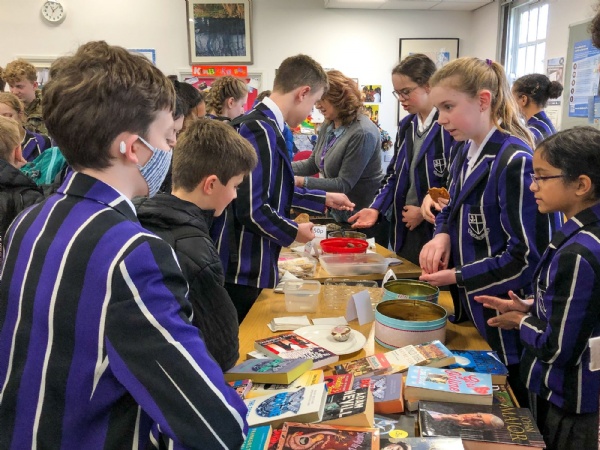 Pupils and staff across the school join in 25th annual international celebration of reading. 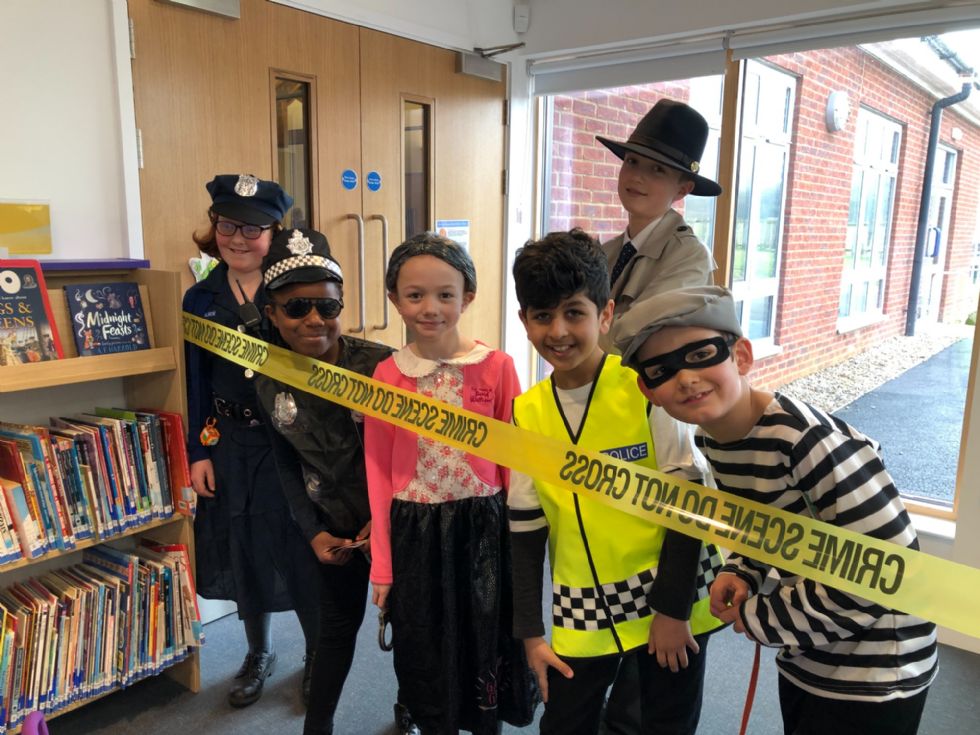 “Whodunnit?” That was the question posed to Prep pupils this morning as their World Book Day celebrations (3 March) centred around a fictional crime scene in the library. Robert Louis Stevenson’s Treasure Island journal, borrowed from the British Library in London at a value of over £1 million, had been stolen overnight! Youngsters from Reception to Year 6 were set the challenge of solving a series of literary puzzles and clues to identify four books and catch the teacher-thief. Children and staff got into the spirit of the day, dressing up as crime fighters, police officers and even criminals. Famous fictional faces spotted in the playground included Sherlock Holmes, Enola Holmes, James Bond, Cruella de Vil, Miss Root and Harry Potter.

At the Senior School (Years 7-13) this year’s theme was “Around the World in… Books!” Tutor time saw younger pupils transported to faraway places, as they listened to Sixth Formers reading the opening lines to four books set in different countries around the world: On Midnight Beach by Marie-Louise Fitzpatrick; The Bone Sparrow by Zana Fraillon; Death on the Nile by Agatha Christie; Tsunami Girl by Julian Sedgwick. All pupils considered the question: “Which opening chapter makes you want to read more?” At break and lunchtime there was an intriguing treasure hunt to solve in the Vanbrugh Library. First to Sixth Formers were invited to find clues around the school campus and in the library to match each country to the right book – and be in with the chance of winning an Easter egg in the prize draw. There was also a popular ‘Bake and Book’ sale in aid of the charity Book Aid International.

Kimbolton School Library Resource Manager Mrs Sue Hart said: “Our annual World Book Day celebrations are a great way for the whole school to focus on books and reading. It’s a fun event to get pupils’ imaginations fired up; just one of the many ways we encourage them to become avid readers.”

Head of English Ms O’Donnell added: “At Kimbolton, we believe reading is key to pupils’ development and that stories are crucial to understanding the world in which they live. World Book Day is certainly worth celebrating!”