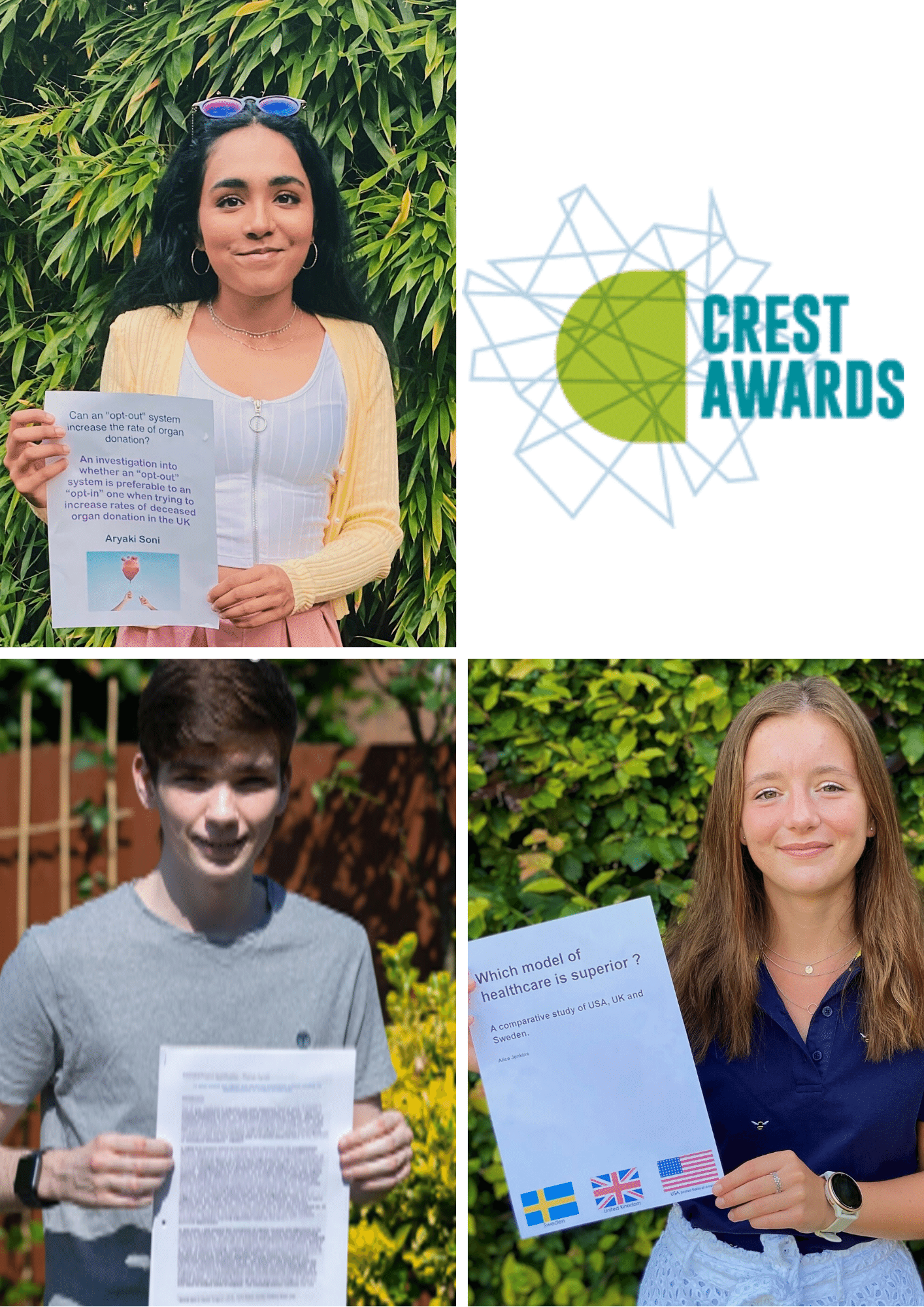 Alice’s project was titled: “Which model of healthcare is superior? A comparative study of USA, UK and Sweden”. She said: “I will hopefully be studying medicine at university and my research focused on the healthcare systems in these three countries. As well as using multiple sources, including a survey of people living in each area, I gave each system a score out of 5 for criteria including design, economic efficiency, clinical outcomes, satisfaction in the country and accessibility to the system for the population.”

Meanwhile Thomas’s project focussed on new technologies in healthcare. “I looked at how robotic equipment can be used for easier surgery and how machine learning algorithms could be used to interpret medical scans with high accuracy. Different areas had varying promise and timelines.” He added: “Taking part in the EPQ let me research an area I was interested in, in lots of depth. The process taught me a lot about structured, academic writing; skills I hope will be useful at university.”

For Aryaki, the recent change in UK legislation around organ donation prompted her to investigate the extent to which an “opt-out” system is preferable to an “opt-in” one. “I found the current figures for organ donation in the UK heartbreaking; three people die awaiting a transplant every single day and the demand for organs is rising with the increasingly aged population. I realised that this issue was affiliated with so many different themes, which I explored, such as law, ethics, culture and religion. I concluded that a "soft opt-out" would indeed be the best system for our country as the "soft" approach will allow for sensitivity with bereaved relatives, avoid unlawful and unethical procurement of organs and encourage a more informed and considerate approach to religious concerns, whilst the "opt-out" system would allow for greater participation from BAME groups which are overrepresented on the Transplant Waiting List.”

Mr Newsam, Assistant Head (Extension & Enrichment), said “Alice, Aryaki and Tom had already secured A*s for their EPQs, so to have their research additionally endorsed by CREST is a great achievement. The EPQ is a super opportunity to engage in independent research which provides pupils with a great insight into the type of work they could move onto at university’’

Chemistry teacher Mrs Hubbard added: “CREST awards recognise students for thinking and behaving like scientists and engineers, and are sought after by universities and employers. Three different levels are available (Bronze, Silver and Gold) and the awards can be used to enhance UCAS applications and also work in conjunction with the Duke of Edinburgh's Award and the Big Bang Competition. If you are interested in working towards a CREST award, please look for our STEM Club information in September or get in touch via email.”