Karting Victory For Kanato in Spain 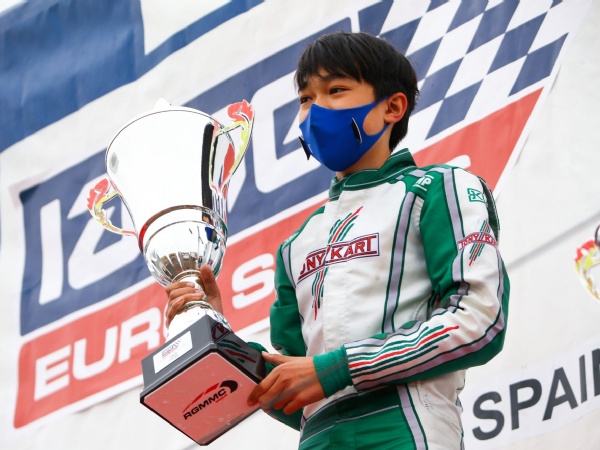 Second Former Kanato wins the IAME Euro Series Round 2 race in Zuera, Spain, in a field of 50 Junior X30 drivers. 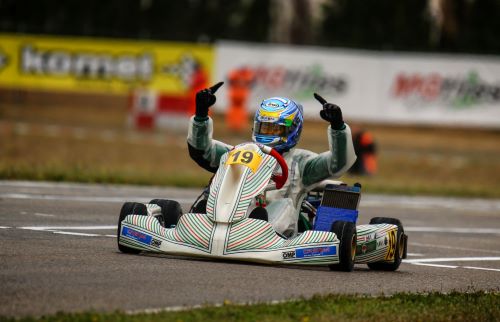 Second Form boarder Kanato has claimed victory in the 2021 IAME Euro Series Round 2 karting race in Zuera, Spain, from a field of 50 Junior X30 drivers. The 13-year-old started 4th in the Pre-Final on Sunday during a rainy race, taking the lead on the first lap and holding it for 11 further laps to secure Pole Position in the Final race. In the Final itself, Kanato led the entire 14-lap race in wet conditions to finish in first place. He now occupies second place in the championship standings, just eight points behind the title leader with two rounds remaining.

He said: “I’m delighted with my performances this weekend. I’d like to say a huge thank you to all the team at Strawberry Racing for their help and support, we’ve made a big amount of progress over the past few weeks as we prepared for this weekend. The kart felt great all weekend and that meant I was really confident in the races, which helped me push my way through the field early in the weekend. I really enjoy the layout of the Zuera circuit and I quickly found a good rhythm. To leave Spain in second place in the championship is a really positive result. I’m determined to keep working hard both at the track and at home to make sure I’m as prepared as I can be to have another successful weekend in Italy in July.”

The result follows hot on the tracks of Kanato's previous success in Valencia, in the 2021 IAME Winter Cup, where he claimed his first European pole position and podium place. In that race, the aspiring Formula 1 driver ultimately finished second from a field of 35. Over his three heats, pre-final and final he was placed in the top 3 four times.