Prep and Senior athletes enjoy a great start to the new year. 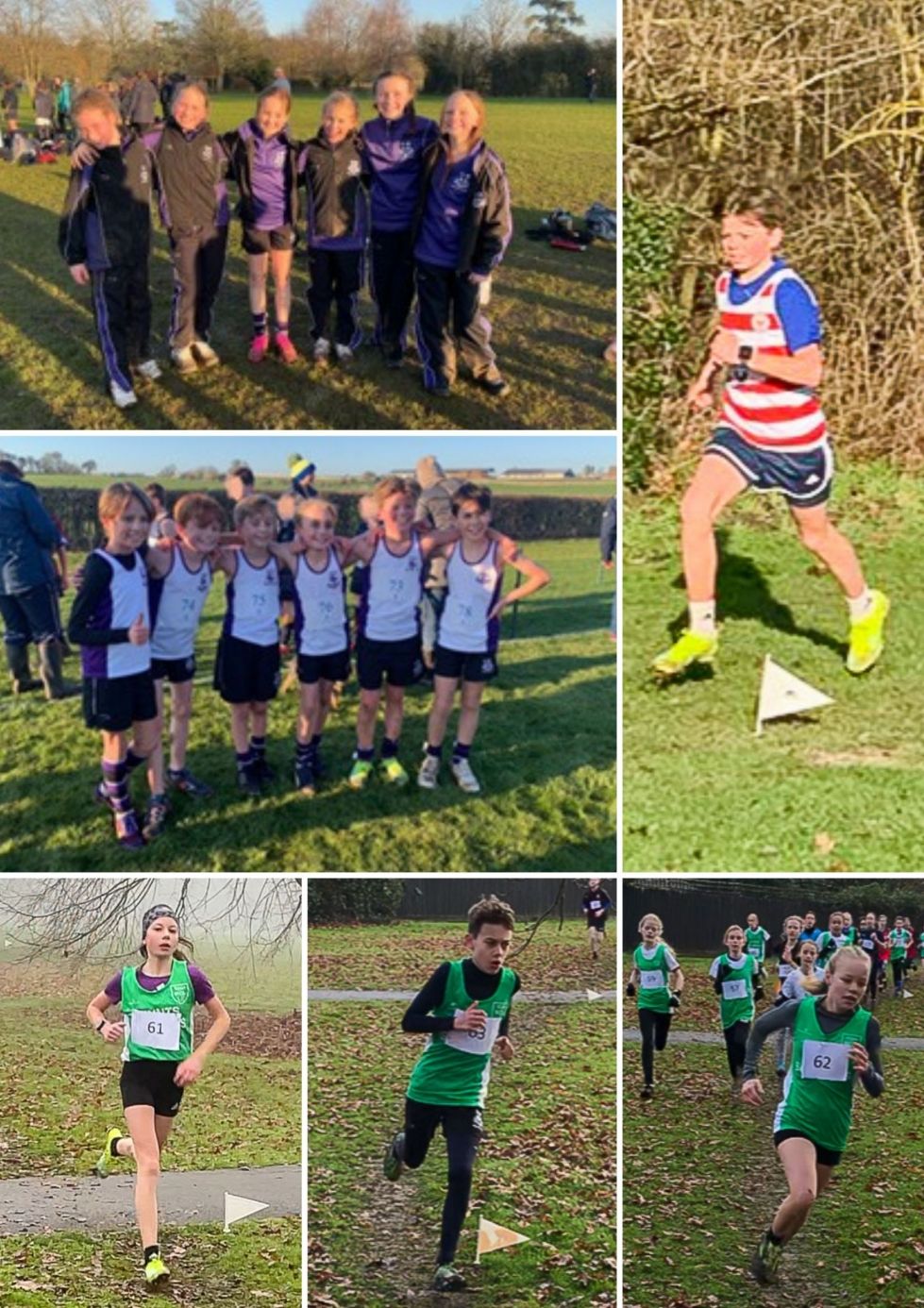 The first event took place on a bright, crisp winter’s day and saw Year 6 pupil Rafferty claim his first county title in the U11 Boys’ race. With a strong field of 32 runners over 1.7km, Rafferty quickly opened up a 10m lead, eventually pulling away to win in an impressive time of 6:36. Also placed in the race were fellow Year 6 pupils Hugo (3rd), Benoit (4th), and Atticus (6th).

In the U13 Girls’ race, Second Former Jemima led the 33-strong field from start to finish, to win by 20 seconds – an impressive victory and her 4th successive county title. Year 6 pupils Tiggy and Clara, both bottom year athletes aged 11, also put in gutsy performances and gained fantastic experience to finish in 6th and 11th. In the U13 Boys’ race, Harrison (First Form) finished 6th out of 41 runners, ahead of fellow 12-year-old George in 11th.

The following weekend saw 24 Kimbolton pupils take part in the Cambridgeshire Schools Championship in cold but dry conditions. All had qualified to run following success at the District event in November. The first race of the day was the Junior Girls and in a busy field Jemima finished in 2nd place with Camille in 9th. In the Minor Boys’ race, Harrison was on fine form to comfortably win and be crowned County Schools champion, with George also finishing near the front of the pack. In the Intermediate Girls race Pippa worked hard to stay in contention, finishing 5th ahead of Erin in 9th. Aaron took14th in the Intermediate Boys.

Finishing in the top 14 means all these pupils have now qualified for the Anglian Schools inter-county cross country championships, which take place on 5 February at Woodbridge School. This is the final event before the county selectors choose their teams (8 pupils per age group) for the National Schools Final in Kent, in March.

Mention must also be made of Jemima and Tiggy, who the following day (Sunday 16 Jan) picked up a bronze and 4th place respectively at the Southern England Indoor championships. Additionally, our two Prep teams (U11 girls and boys) did superbly well on a challenging cross-country course at Beachborough School last week. Both teams won their team competitions and Rafferty and Tiggy were individual winners too. There were also top three finishes from Yannick (3rd), Clara (2nd) and Olivia (3rd).

Congratulations to all our runners who took part in these events.