Physicists aim to understand the origins and workings of the Universe by formulating physical laws that describe everyday observations. At Kimbolton we adopt a traditional approach to the subject based on thought-provoking practical work with the emphasis on academic rigour. We teach Physics as a separate science throughout the Senior School. 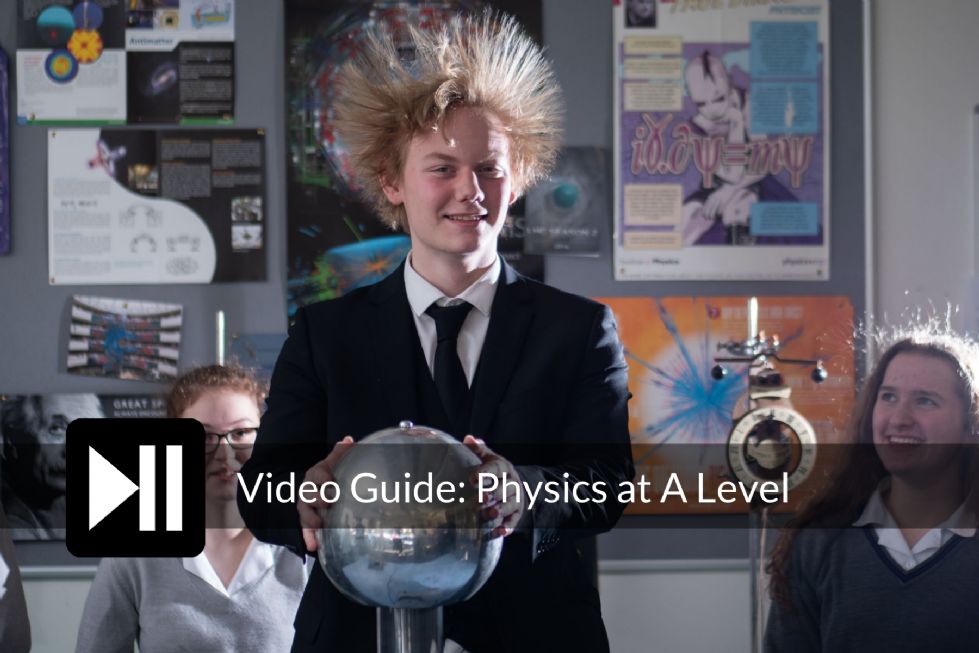 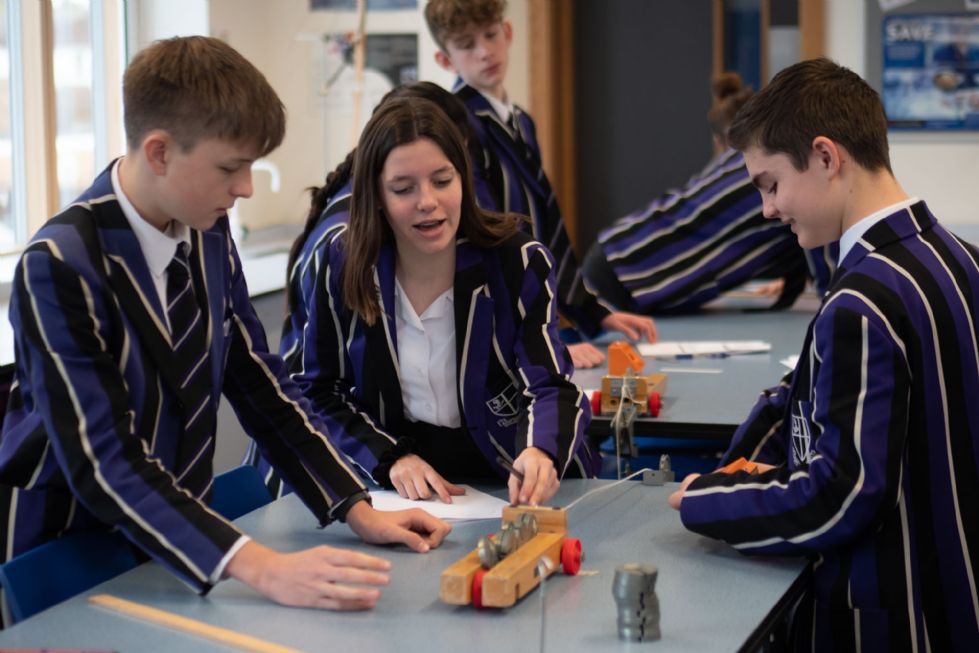 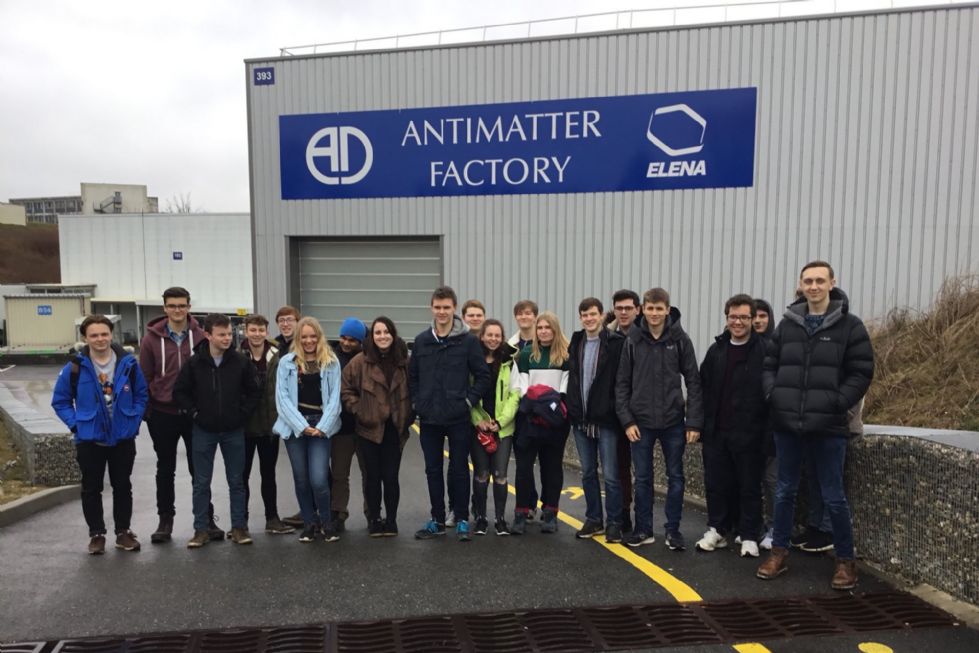 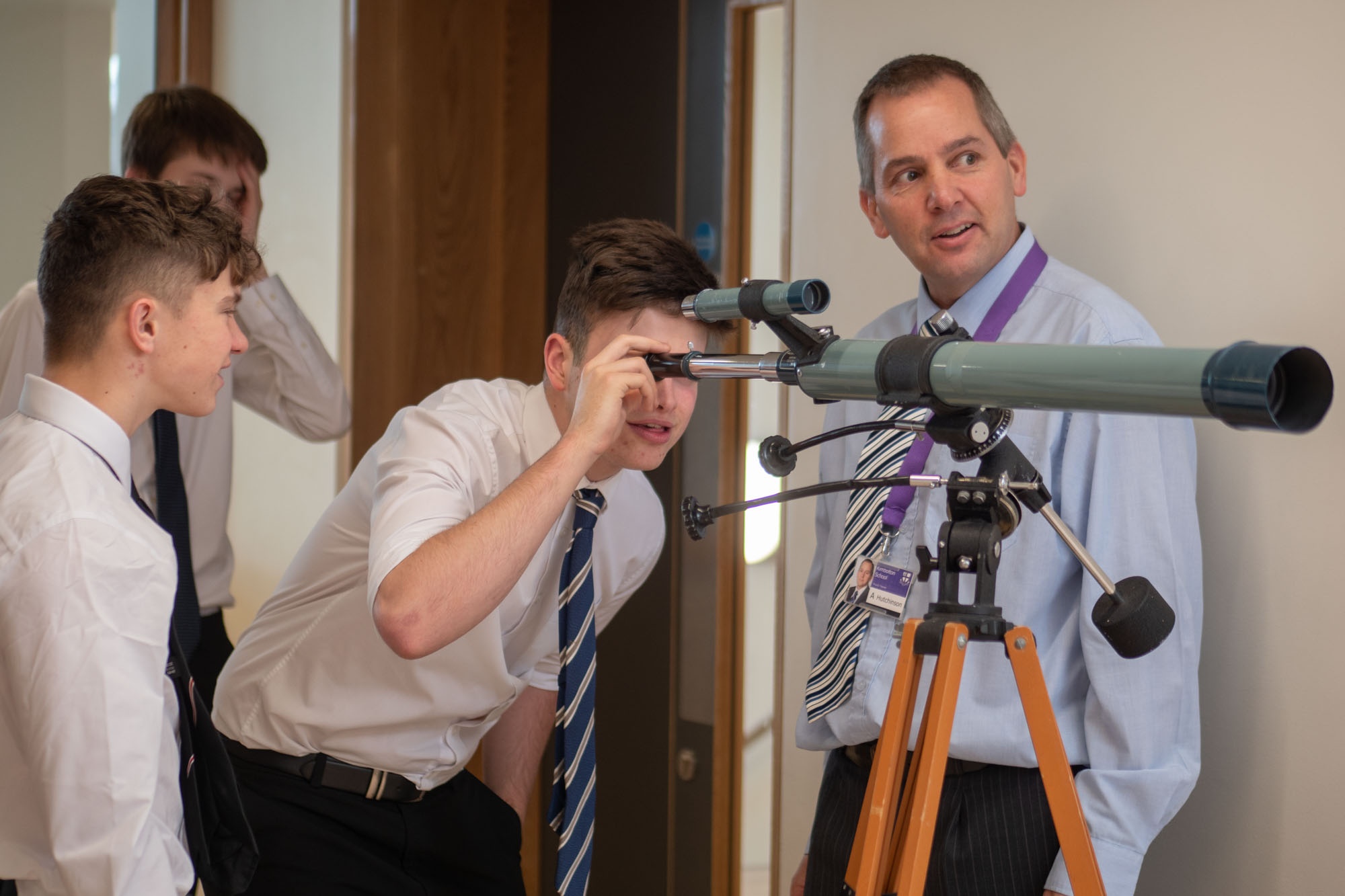 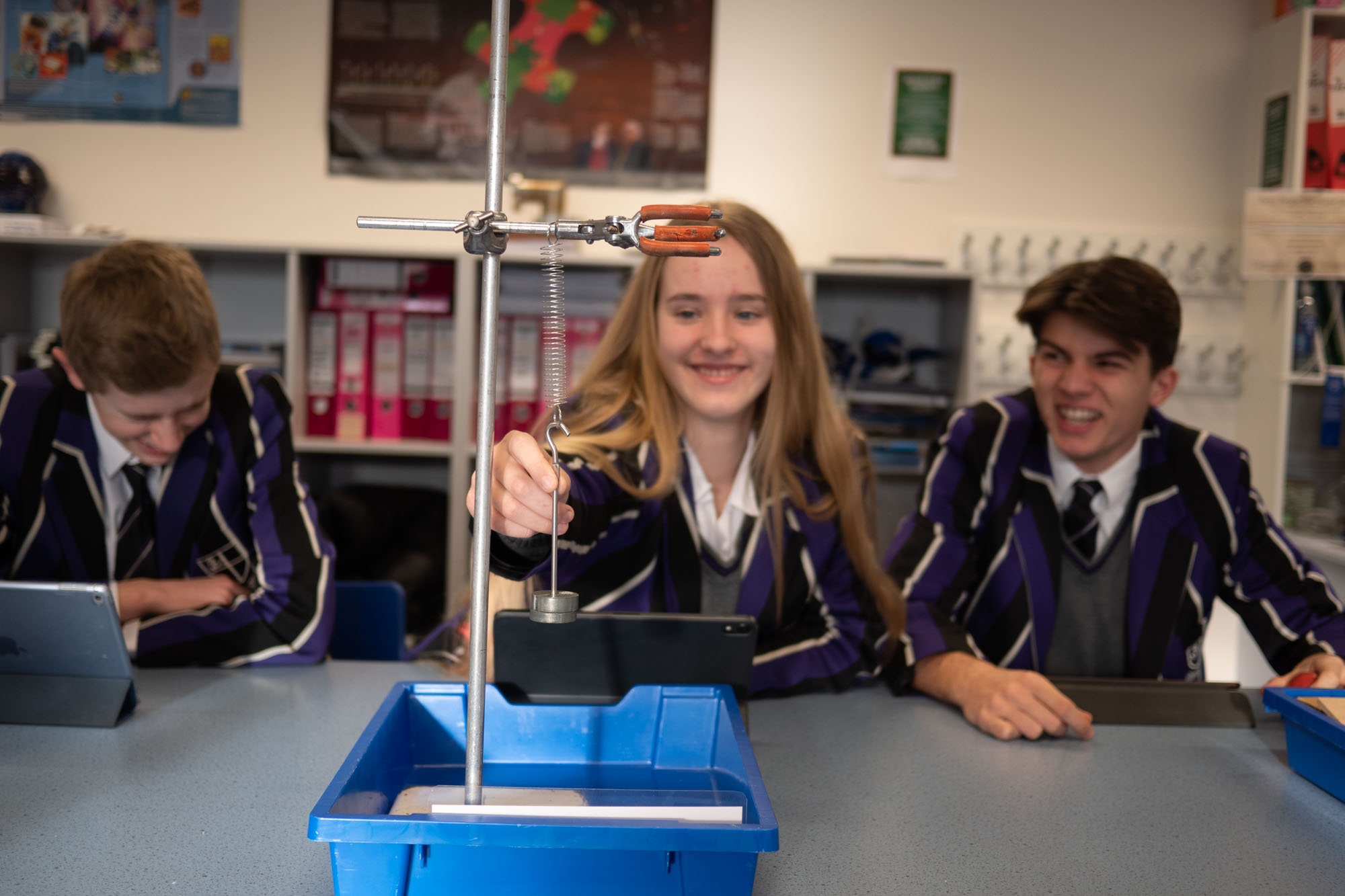 In the First and Second Forms we provide an introduction to the main areas of Physics with no topic lasting more than six weeks.

In the Third Form we commence GCSE work with some of the easier topics being covered. Practical work becomes more demanding. Towards the end of this year, pupils choose their GCSE options: whether to study Combined Science (where pupils study all three sciences but end up with two GCSEs) or Separate Sciences, where pupils study all three sciences in greater depth and end up with three GCSEs.

Physics opens doors to some of the most exciting, cutting-edge, rewarding jobs in the world. From cancer treatment to tackling climate change, gaming to robotics and artificial intelligence, physicists are on the front line, helping to shape the future. At a time when jobs are changing, the subject offers a vast and expanding range of career paths. It’s not only science and technology. What many people don’t realise is how valued and respected physics skills and ways of thinking are in other, often well-paid, industries – like finance and law.

You will learn about digital electronics, electricity, atomic physics, electromagnetism, thermal physics, forces and motion and waves, such as light and sound. Physics is a practical subject and in most lessons we have demonstrations and class experiments to develop the practical and intuitive skills which are essential to becoming a scientist. We have equipment that can be wirelessly linked to an iPad to develop your skills for collecting data using sensors, and displaying the results for class analysis.

Physics is a subject which will enhance your written and mathematical skills, along with the ability to troubleshoot and solve problems. As such it allows synthesis of learning across all fields and gives you the opportunity to develop your understanding of Physics within the context of other subjects.

As a Physicist you will be excited by innovations in technology and engineering, fascinated with how the world ‘works’ and how it can be quantified. This course will help you acquire three main skills: the ability to explain, predict and experiment. Successful students develop an independent analytical mind and learn to communicate complex ideas with clarity and simplicity.

Topics covered include electricity, mechanics and fields, materials and waves, nuclear physics, thermal physics and Astrophysics. You will also explore particle physics and quantum phenomena – an area of study on the frontier of our knowledge of the Universe. There is also the weekly Astrophysics Society and an opportunity to develop your skills and pursue Astronomy GCSE as a L6th extension course.

All Physicists are encouraged to join our three-day trip to Geneva to visit the CERN facility and the Large Hadron Collider. We also attend lectures at the Cavendish Laboratory, Cambridge University, as well as visiting observatories and other Physics facilities.

Kimbolton 7th Period Super Curriculum: Delve deeper into the world of Physics using techniques such as electron diffraction to probe crystals and find the distances between their atoms. Study the paradigm shifts which produced the world-shaking theories of quantum mechanics and Einstein’s Relativity. There is also the chance to compete in the British Physics Olympiad Competition, and participate in the Cambridge Science Fair.

The Kimbolton Astrophysoc meets each week throughout the year and having been awarded a grant by the Kimbolton Parents' Association we are equipped with a telescope and camera to  observe the heavens.  We observed the transit of Mercury earlier in the year.

The highlight of trips for the Sixth Form is the biennial trip to the Large Hadron Collider at CERN.  This allows both Lower Sixth and Upper Sixth to travel to Geneva in Switzerland for a 3-5 day residential and fully experience the largest man-made structure, discovering the secrets of the Universe.

The Department regularly attend the annual Physics at Work exhibition at the Cavendish Laboratory in Cambridge and is a subscriber to the Cambridge Physics Centre’s evening lecture programme. Recently, we also visited the Royal Greenwich Observatory with the Second Form and the University of London Observatory with the Sixth Form.

We invite guest speakers and also participate in competitions such as the British Physics Olympiad competitions and the Beamline Competition at CERN.