Why Kimbolton English Won't be Bidding Farewell to Shakespeare

Head of English Mrs Alice O'Donnell on why she believes Shakespeare is vital to the study of English... 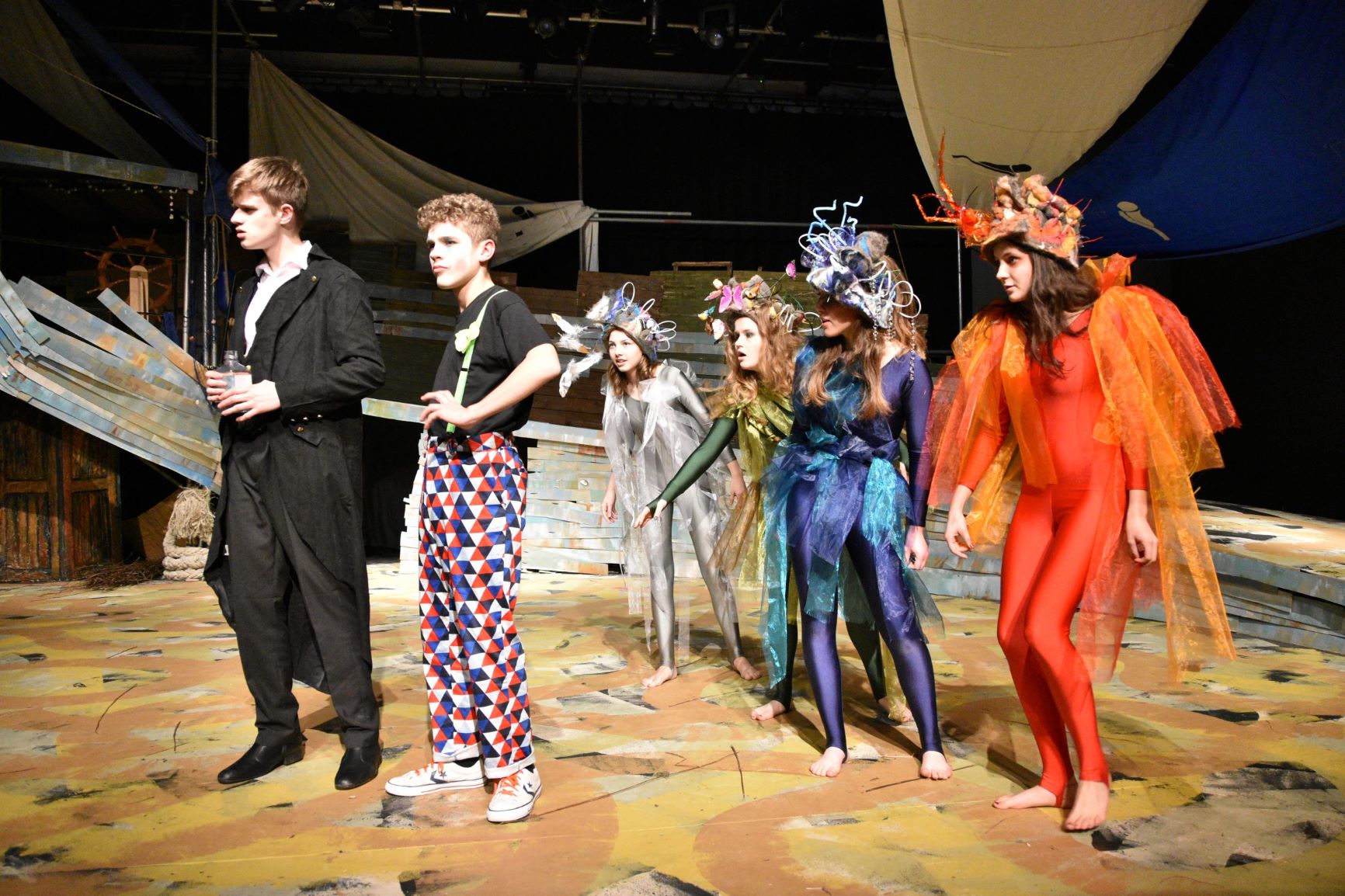 When I was twelve, I wore a sweatshirt with William Shakespeare’s signature emblazoned across it to mufti day at school. I know I’ve always been a bit of an English geek, but it genuinely was my favourite item of clothing at that point. My parents had taken me to watch a performance of ‘A Midsummer Night’s Dream’ one summer evening at the Regent’s Park open air theatre and the sweater was purchased from the gift shop that night. Watching that play was enchanting; it was the most magical theatre experience I had ever seen (and I had also seen ‘Cats’, ‘Starlight Express’ – that shows my age – and ‘Les Miserables’). I think I have slightly better dress sense now, but my love of Shakespeare has not diminished one bit.

In response to the argument that Shakespeare should not be taught in schools, I would start with the idea that ‘learning’ Shakespeare is a misnomer (unless you are literally memorising the lines for a play to be performed). It is to be experienced, to be watched, and – I hope – to be enjoyed. At GCSE and A Level, our students explore ‘Macbeth’ and ‘Othello’ respectively. Both these plays contain visceral expressions of suffering and desire. Crucially, they offer insights into the human heart and expose human weaknesses: pride, ambition, regret, jealousy, oppression and obsession – all of which are as true today. Whilst cases of mistaken identity between boy and girl twins may no longer be overtly relevant, the gender question is; and while feuding families in Italy may seem foreign, gang violence really happens in our cities. Yes, these issues are also written about by people experiencing them now, and yes we should be reading those books and poems – but is it not worthwhile knowing that these sort of problems are hundreds of years old? How can we really understand the present without knowledge of the past?

There is no “wall to wall” Shakespeare at Kimbolton, as is the criticism of other schools. We know how important it is to read modern texts, and to show our pupils that women write too. This is why we give our pupils the opportunity to study Carol Ann Duffy’s ‘Feminine Gospels’ and ‘The Handmaid’s Tale’ by Margaret Atwood at A Level (both twenty-first century texts). In addition, this year, our junior pupils are reading the 2018 novel ‘Where the World Ends’ by Geraldine McCaughrean and ‘My Sister Lives on the Mantelpiece’ by Annabel Pitcher, published in 2013.

It is true that Shakespeare can be difficult to understand, but so can algebra. Does that mean that schools should avoid teaching topics which are hard? Absolutely not. That idea is counter-intuitive: school is THE place where challenging tasks can be taught with support, understanding and expertise.  It is up to teachers to make Shakespeare, and all challenging aspects of the English curriculum (poetry from other cultures, the subordinating clause, the pluperfect tense), accessible and enjoyable. This is why at First and Second Year we ensure that our Shakespeare units are as fun and active as possible. Ultimately, Shakespeare’s plays were to be watched, not read, so the fun of the performance is what we aim to celebrate. To that end, today we have a West End theatre company delivering a series of drama workshops to our First Form. At the same time, experts from our English, Art and History departments are exploring other aspects of theatre and production with the pupils. The day ends with a performance of the whole play, in which every child will take part.

Shakespeare’s plays are a vital part of our literary history, so it is our duty as English teachers to enable our pupils to experience them. Were we not to do this, generations of children could grow up without knowing who or what Shakespeare was, and if Shakespeare is lost, who next? Charles Dickens? Anything not written before the 21st Century? How intensely arrogant and blinkered it would be to believe that the only people able to express human experience are those writing about it now. Far better to offer pupils a proper literary experience spanning 500 years (or further back if I have my way - Chaucer is brilliant too).

I don’t expect every child to react to Shakespeare as my twelve-year-old self did, but I believe that with a little passion and creativity, our pupils can associate the works of Shakespeare with fond memories. Whether it be outdoor play-acting and physical farce when looking at his comedies, or watching vivid stage fights, or aching with compassion for the characters who suffer in his tragedies, the experience can be magical and spell-binding. Shakespeare is vital to the study of English and his plays are here to stay.