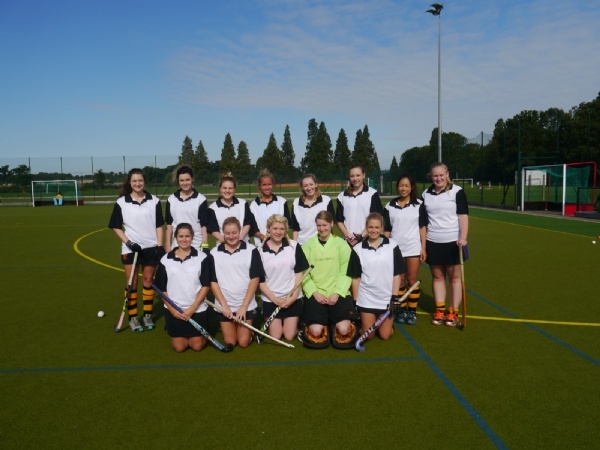 After a narrow defeat in 2014, the OK Ladies Hockey team played hard in the annual match against the School 1st XI on Sunday 6 September which ended in a well-deserved draw.

From the onset of the game, it was clear that the OKs were going to be a strong match for the School team.  Despite going 1-0 down part way through the first half, the team were determined not to let their game slip and by half time had equalised.  The second half followed the same pattern with the school scoring early on, but the OKs scored a well deserved equaliser before the final whistle.

Fitness (or lack of!) usually plays a part in the OKs game especially in the second half, but this year the team played consistently throughout the whole game and were probably unlucky not to walk away with a win.